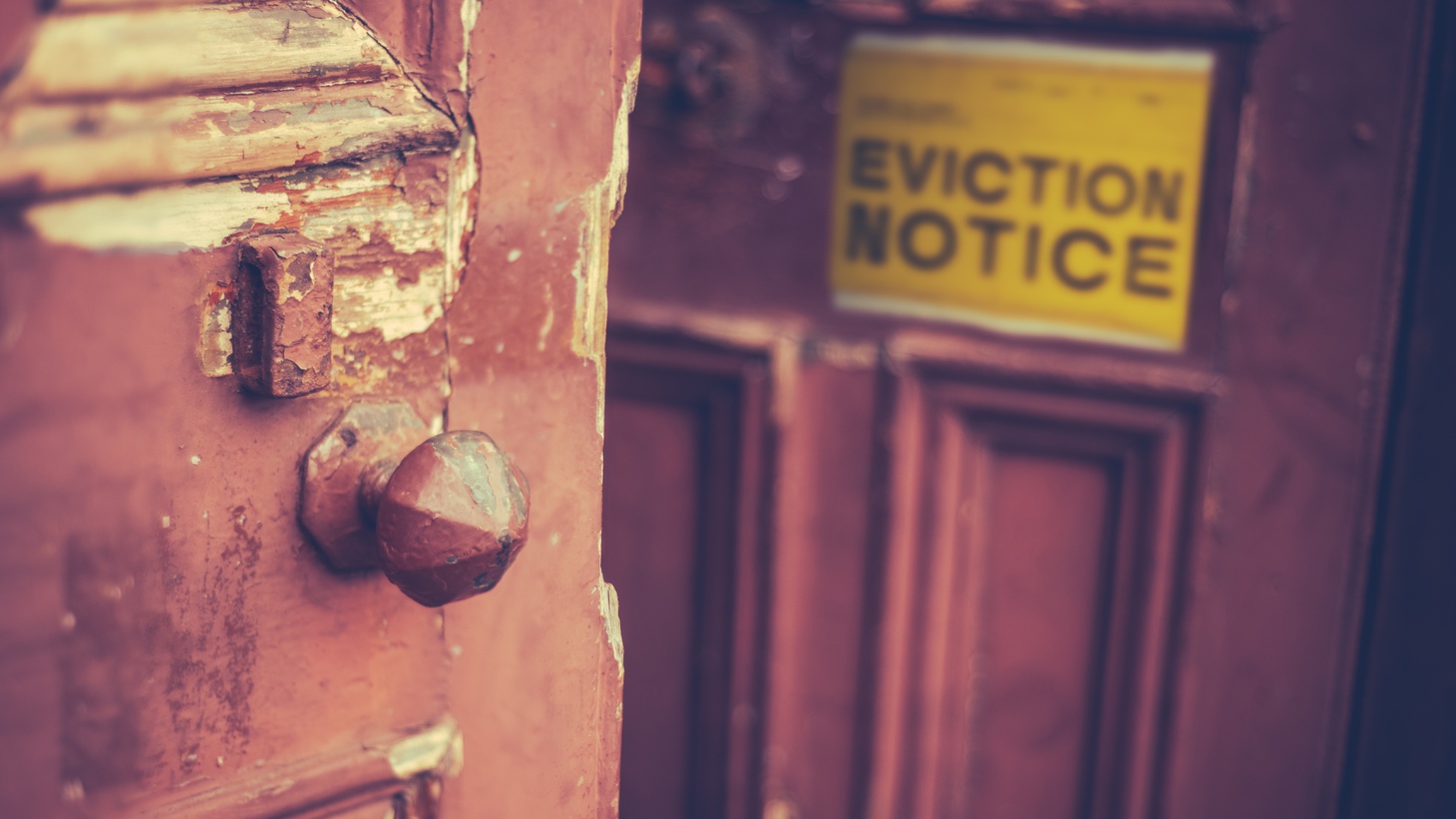 “Evictions make it more likely that folks are going to become homeless. Living in a housing market as expensive as Los Angeles, it's pretty safe to assume that the people that got evicted aren't going to be able to afford housing in LA County, at least in the neighborhoods that they were evicted from,” says Kyle Nelson, a UCLA postdoctoral fellow who studies housing. Photo by Shutterstock.

With the pandemic state of emergency scheduled to end in a week, and thousands of renters left without eviction protections, the LA City Council voted unanimously to expand tenants’ rights. The move especially affects, but is not limited to, people renting units built after 1978, which don’t automatically come with tenant protections because they aren’t “rent-stabilized.”

During the pandemic, “landlords could file evictions for pretty much any reason in courts, but because of the [pandemic] tenant protections, tenants did have defenses against those evictions,” says Kyle Nelson, a postdoctoral fellow who studies housing at UCLA.

The protection of most significance being made permanent by the council is “just cause,” which requires a landlord to have a justifiable reason to evict someone. Previously, “just cause” protections were only guaranteed in rent-stabilized units.

But despite the pandemic tenant protections, some of which are now being codified into law, almost 55,000 evictions were filed in LA between March 2020 and December 2022, undoubtedly contributing to the city’s growth in unhoused residents during the pandemic.

“Evictions make it more likely that folks are going to become homeless,” explains Nelson. “Living in a housing market as expensive as Los Angeles, it's pretty safe to assume that the people that got evicted aren't going to be able to afford housing in LA County, at least in the neighborhoods that they were evicted from.”

In addition to “just cause” protections, tenants will also be allowed to continue to house unauthorized people or pets until February 2024; tenants have a timeline to pay back rent that’s owed to landlords; tenants cannot be evicted for owing less than one month’s rent; and they will be given relocation expenses if they are forced to move out due to a big rent increase. In spite of these permanent protections, Nelson says evictions will continue.

“None of these protections…are going to prevent tenants from ending up in housing court,” Nelson predicts. “The most common outcome in eviction court is that tenants default. And default means that tenants don't file the answer to their landlord’s lawsuit within the mandated five-day period. And this means that tenants lose their cases before they even get to court.”

It’s because of this reality that Nelson recommends anyone facing eviction to seek legal counsel immediately. He cites the tenant power toolkit as a resource to help initiate their legal defense, as well as the group Stay Housed LA, which may be able to provide a lawyer. And for tenants not facing eviction but wanting to educate themselves on the overlapping patchwork of city, county, state, and federal regulations for their rental, a City of LA website called ZIMAS can provide useful information, says Nelson.

“You can see when [your rental] was built, so you can get a sense of whether or not your unit is covered by the LA rent stabilization ordinance.”

ZIMAS showed Nelson that despite his address being in Culver City, his rental unit was actually covered by the City of LA’s laws. Even housing researchers struggle to make sense of the confusing circumstances that come with being a renter.

UPDATE: The LA City Council has reopened discussions on two renter protections thought to have been unanimously passed. They involve relocation assistance if the tenant can’t pay high rent increases, and a one-month grace period before a tenant can get evicted for missing rent. It is unclear if these will be approved by the Council before the Covid-eviction protections end January 31st, 2023.