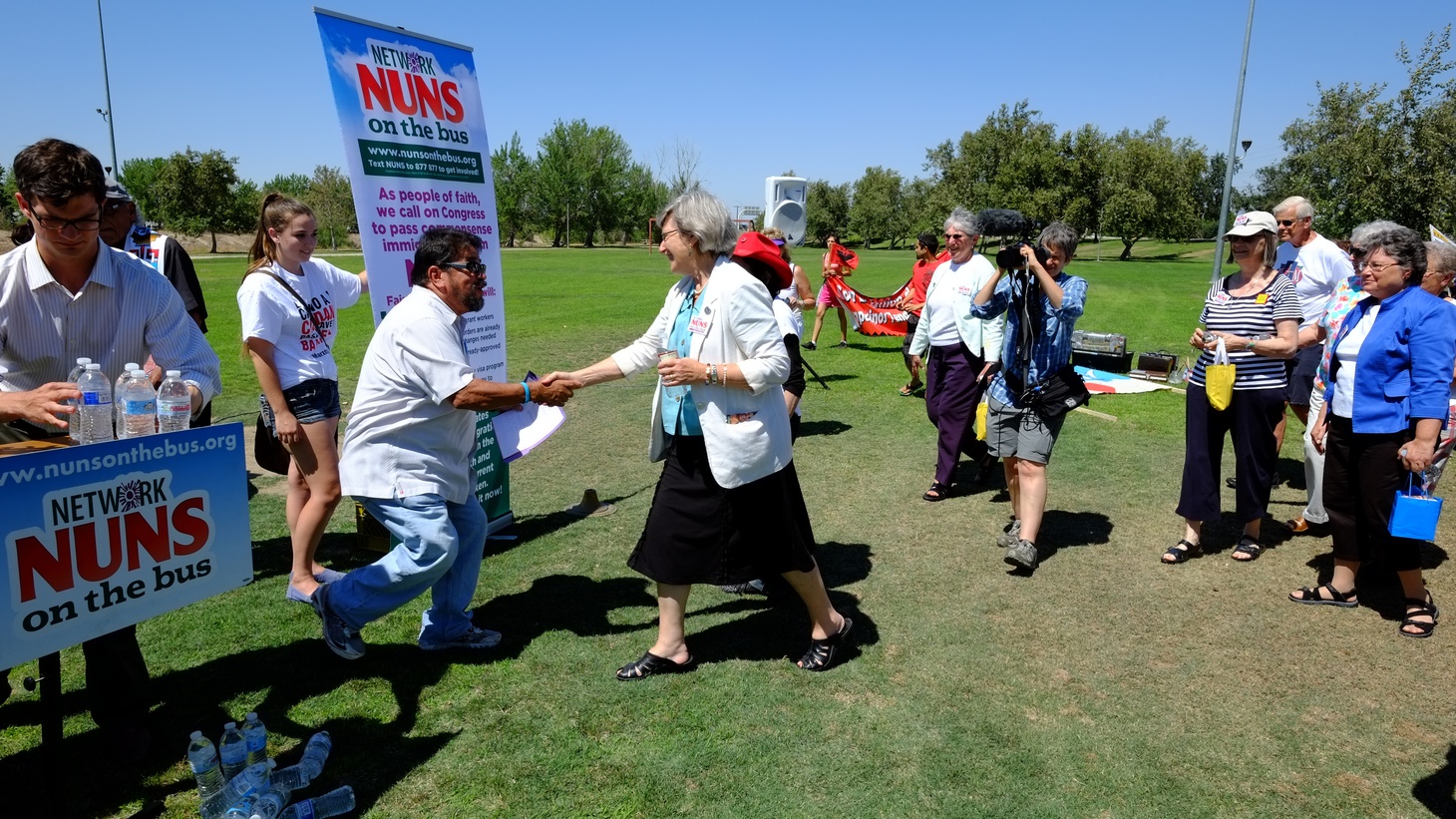 Sister Simone Campbell prepares for a march in support of a new immigration law in Bakersfield, CA. June 15, 2013. Photo by Richard Thornton.

This week, 17 people got a phone call from President Joe Biden telling them they were going to receive the Presidential Medal of Freedom, the nation’s highest civilian honor. One of them, Sister Simone Campbell, is a woman who has devoted her life to helping. She is a nun and a member of the Sisters of Social Service in Encino. She says, “Tears sprang to my eyes. I was so shocked,” upon receiving the presidential call.

Campbell is probably best known for organizing “Nuns on the Bus,” a cross-country tour highlighting social justice issues like poverty, health care, education, and feeding the needy. She says the press coverage that came with the tour was heightened because of the Vatican’s assertion that the movement had “radical feminist themes incompatible with the Catholic faith.”

One of her fellow sisters said of that confrontation: “It just happened that the girls played the boys, the sisters played the bishops. And for once, the girls won, and the boys are upset.”

Of her many accomplishments, Sister Campbell is a published poet. She shares one of her works:

“Loaves and Fish”
I always joked
that the miracle of loaves
and fish was sharing.
The women always knew this.
But in this moment of need
and notoriety, I ache, tremble
almost weep at folks so
hungry, malnourished,
faced with spiritual famine
of epic proportions. My heart
aches with their need.
Apostle like, I whine:
“What are we among so many?”

The consistent 2000-year-old
ever-new response is this:
“Blessed and broken, you are
enough.” I savor the blessed,
cower at the broken and
pray to be enough.