Why the 2020 Census matters to California The corner of James M. Wood Blvd and Fedora Street in Koreatown. Photo by Amy Ta.

At a recent rally at Grand Park in downtown Los Angeles, community organizers, union members and elected officials kicked off a year-long campaign to encourage people to participate in next year’s 2020 U.S. Census.

In Spanish many in the group shouted together “In the 2020 Census, count us all!”

Started in 1790, the census is the once-a-decade national effort mandated by the U.S. Constitution that attempts to count every person living in the United States.

And the State of California thinks the 2020 Census is so important, it’s willing to spend up to $150 million on it’s own census outreach and education efforts, a huge increase over past census participation spending by Sacramento.

Why? Two words: power and money. 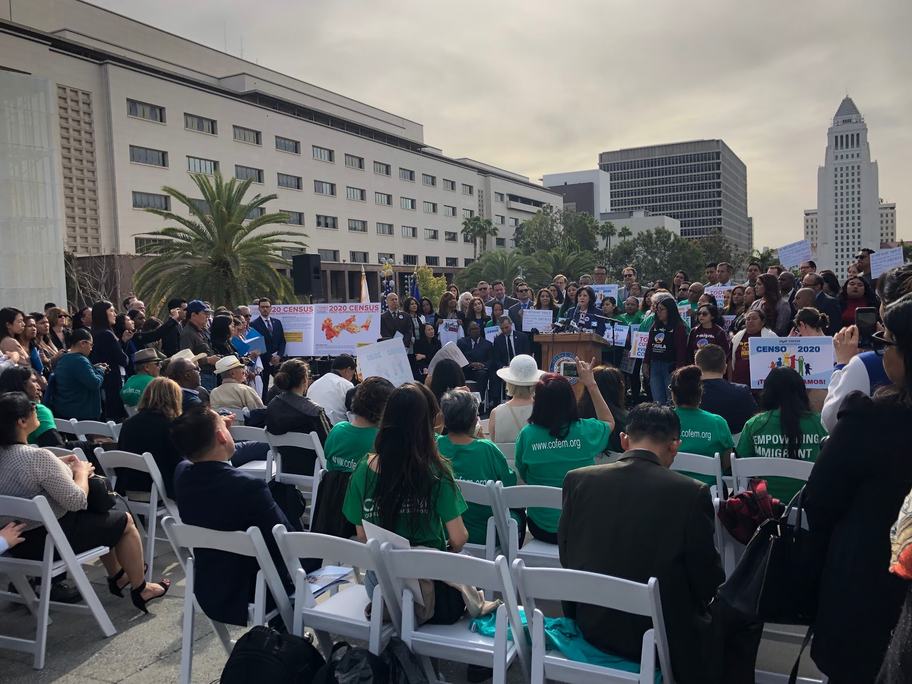 The census determines how many seats California will receive in Congress. A census tally that undercounts Californians could cost the state up to three seats in the House of Representatives.

And it’s the census that helps the federal government decide where it will spend hundreds of billions of dollars in federal funds, for everything from freeways and mass transit projects to funding for community health care clinics and public education.

In 2016 alone, California received an estimated $115 million in funding related to the population count, according to analysis by the Public Policy Institute of California.

“If you’re not counted, we don’t get the resources, full stop,” said Los Angeles Mayor Eric Garcetti who spoke at the census rally in Grand Park.

Garcetti said if people don’t complete their census form, they’re losing out on federal benefits and programs for California and L.A. that their tax dollars support, at the cost of nearly $2,000 a person.

With so much riding on it, just preparing for the 2020 Census has become an increasingly partisan battle, one infected by the country’s hyper-poloarization on political and social issues. 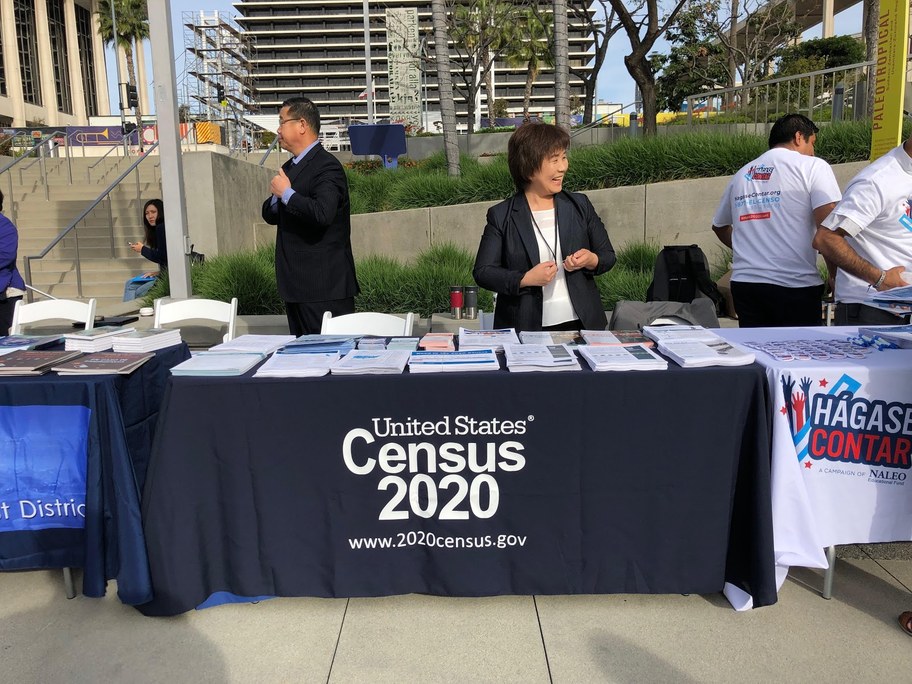 Federal Census Bureau worker with educational pamphlets about the 2020 Census. With the official count set to begin in less than a year, many are worried the effort will be undercut by political disputes. Photo by Saul Gonzalez.

Critics of the Trump administration, like Mayor Garcetti, say the administration wants to weaponize the census by doing everything possible to sabotage an accurate population in more liberal states and cities, like California and Los Angeles.

“This has been a hostile Washington that decides how you voted and then figures out whether they want to give you funds,” said Garcetti. “And I think they know if they can change the formula with the census, they can make sure more money is kept for them and less is returned to us.”

One huge 2020 Census controversy has involved a question about U.S. citizenship the Trump administration wants to include.

The Department of Commerce, which administers the Census Bureau, says it wants to add a citizenship question to the census form. It argues that'll better enforce the Voting Rights Act of 1965.

They argue the Trump administration really wants the citizenship question on the form to scare off both undocumented and documented immigrants from participating in the census. That could depress the population count in immigrant-heavy cities states, like California.

In response, California and other states have sued the Trump administration to get the question removed from the census form. A ruling is expected soon from the U.S. Supreme Court.

When it comes to the actual on-the-ground work of completing the 2020 Census, inclusion of a citizenship question, say critics, would make it that much more difficult to count communities and neighborhoods that are officially called “hard-to-count.”

These are places in the country that tend to be populated by poorer immigrant and minority populations living in multi-family dwellings.

That includes a two-block by three-block, densely populated neighborhood of L.A.’s Koreatown community, known in census-speak as Census Tract #2123.05. 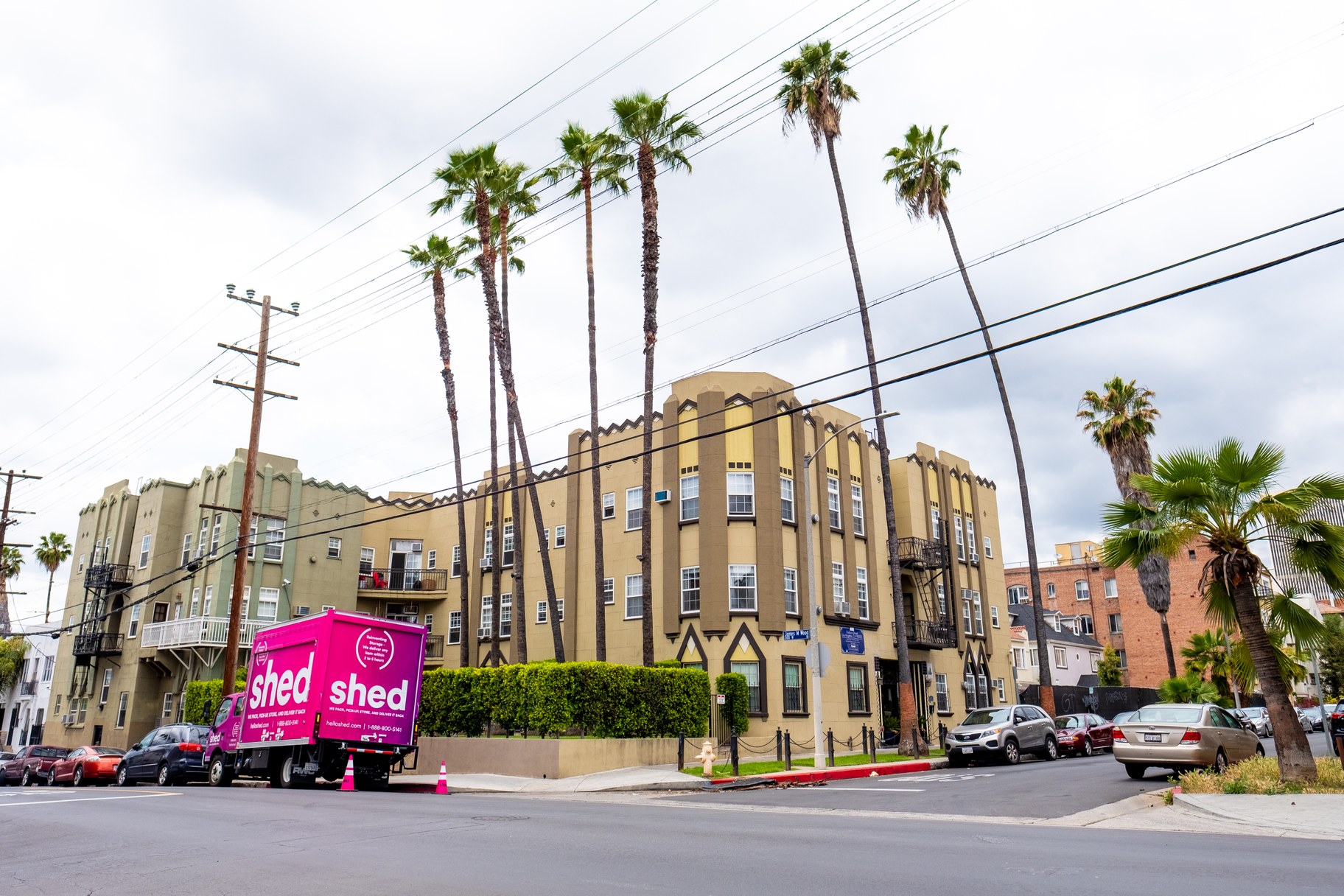 The corner of Fedora Street and James M. Wood Boulevard in Koreatown. Photo by Amy Ta.

According to the data, Tract 2123.05 is the hardest to count census tract in Southern California. That’s because in the 2010 Census, residents there were the least likely to participate in the count by filling out and returning their census forms.

About 70% of the neighborhood’s approximately 3,000 residents are Latino and nearly all the rest are Asian American. More than half the residents are foreign-born and speak a language at home other than English.

The per-capita income in the census tract is about $16,000 a year, or about half the Los Angeles average. And nearly a third of residents live below the poverty line, with most in multi-family units.

Many in the neighborhood have heard about the census controversy and are suspicious of the Trump administration’s intention of adding a citizenship question. 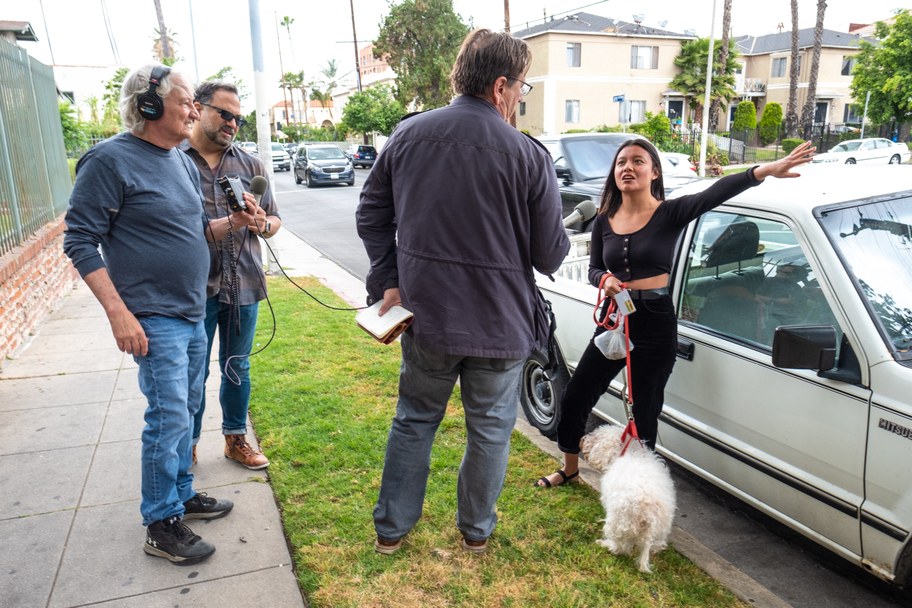 “People are just scared to come out,” said Roby Pacheco, who’s lived in the neighborhood for nearly 10 years and was out on a recent afternoon walking her dog.

Pacheco also noted that a lot of families in the neighborhood, including her own, are mixed-status. That means some are American citizens, or legal U.S. residents, and other family members are undocumented. Experts say if there’s a citizenship question, the entire mixed status family is unlikely to fill out a census form.

“I was born here, but even so, I’m scared to disclose information on my family for fear of what might happen to them,” said Pacheco. 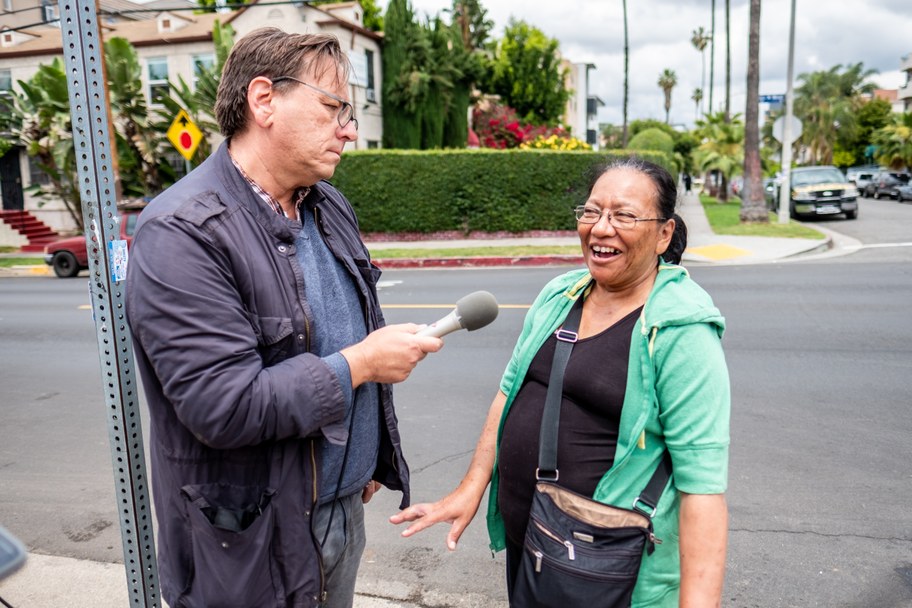 Those kind of worries were echoed by Lucila Lopez, who also lives in the neighborhood.

She blames Donald Trump’s anti-immigrant rhetoric for much of the fear regarding the 2020 Census and a possible citizenship question on it.

“The way he talks intimidates people,” said Lopez speaking in Spanish. “So I don’t think a lot of people will want to be included in the census count.”

An accurate count of California depends on residents of Census Tract #2123.05, and so many others like it participating. 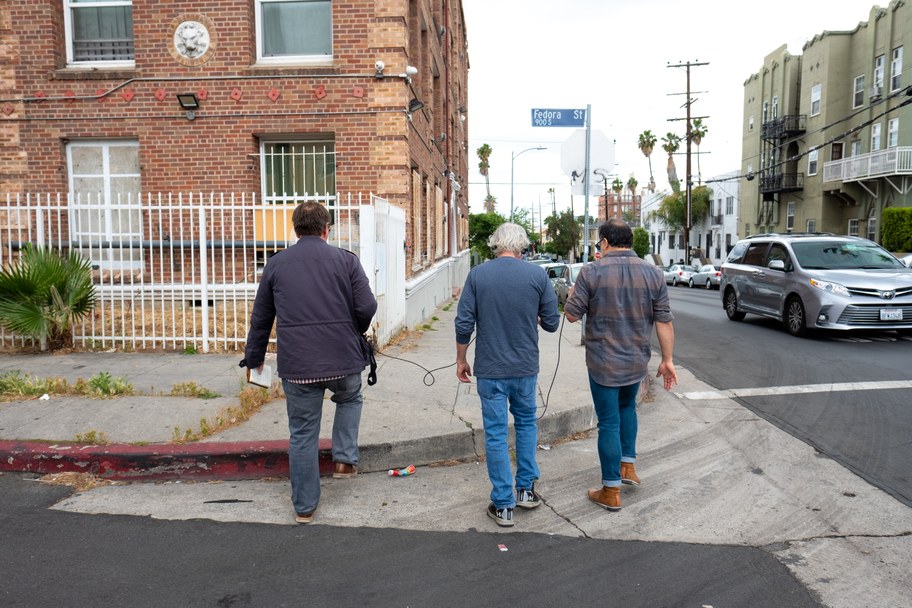 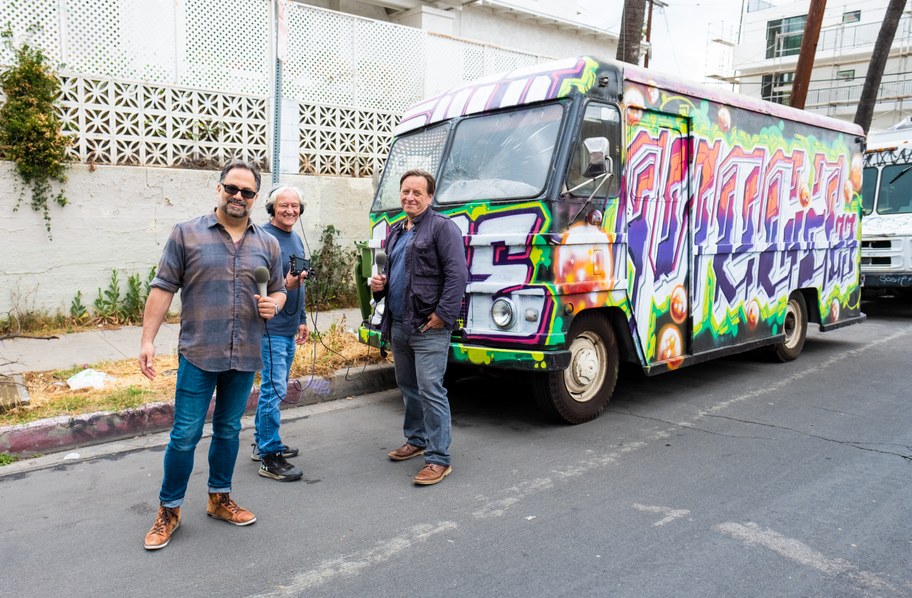 Why the 2020 Census matters to California

At a recent rally at Grand Park in downtown Los Angeles, community organizers, union members and elected officials kicked off a year-long campaign to encourage people to...

What would you like to see go inside LAX’s Theme Building?

It looks like a big, white flying saucer that landed on its four legs, and if you’ve taken off or touched down at LAX in the past 50 years, chances are you’ve noticed it.

Gentrification in Inglewood is hurting some long-time restaurants

As a big new football stadium and new metro stations enter the City of Inglewood, rents are going up, and that’s squeezing out some long-time residents and restaurants.