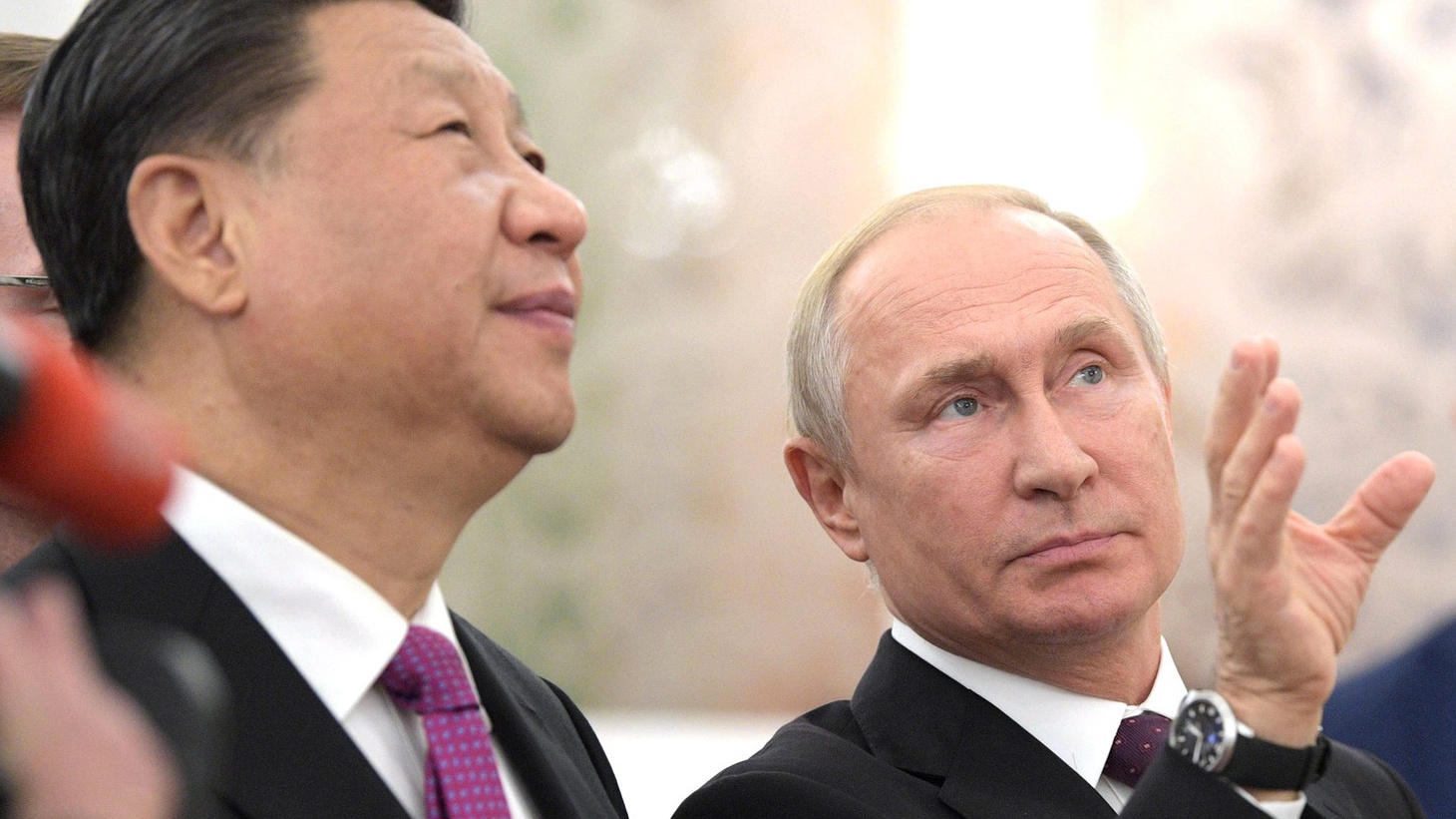 Today China abstained from a U.N. vote reprimanding Russia for invading Ukraine. On Tuesday, its foreign ministry spokesman Wang Wenbin said his country supports a peaceful and diplomatic solution to the conflict between Russia and Ukraine, and that both sides have legitimate security concerns.

President Xi Jinping’s country is trying to thread a needle between its close military and economic ties with Russia, and its much bigger economic interests in the U.S. and Europe.

“The most interesting thing is how close their military relationship has gotten. Russia has always sold China high-level equipment, including aircraft, submarines, and some surface ships,” says Oriana Skylar Mastro, fellow at Stanford University and the American Enterprise Institute. “But more and more, they're also coordinating in their development of technologies. They have announced that they're going to start building, for example, missile defense together, and they've conducted more sophisticated military exercises together.”

She says the two countries are planning to collaborate on the Korean peninsula, and Russia is going to support China in its bid for hegemony in Asia, but China isn’t interested in backing Russian expansionism and aggression in Europe.

Mastro explains that China sees Russia as its “junior partner,” not its equal, and relies heavily on other European countries for trade. “They think that they're giving Russia obviously a strong economic relationship, more influence in Asia. And it's in Russia’s benefit if China is able to push back and undermine the U.S. role in Asia.”

Putin spoke with Xi about the invasion of Ukraine before it happened, though not in detail, Mastro says. “While China most likely did not provide a very strong ‘go ahead,’ they obviously did not tell him not to do it either. There's also speculation, and I think it's correct, that Putin waited until after the Olympics. … Putin was a smart enough man to know not to ruin China's party.”

Some are worried that Russia’s recent move could embolden China to invade Taiwan now. However, Mastro says, “I don't think Ukraine actually increases the likelihood that China would move on Taiwan, largely because the way that this crisis has unfolded just confirms China's previous assessments of U.S. power, resolve, and the potential costs of using force.”

She says the U.S., E.U., Britain and Canada have moved quickly together to enact serious economic sanctions on Russia, but they haven’t barred all transactions, and in this case, Russia has little power to economically hurt the U.S. Also, the U.S. has been clear that it will militarily defend Taiwan.

“What we do in the case of Ukraine is not indicative of what we would do in a Taiwan scenario. And because the United States hasn't responded strongly militarily, ironically, this means that we are more likely to have the forces we need in Asia to counter China,” Mastro explains. “So it's probably better that we didn't respond more forceful in the military realm. If we had, that could have emboldened Xi Jinping.”

If the U.S. doesn’t do anything significant to boost its military posture in Asia, it could be four years until China regains firm control of Taiwan, she says. That’s because Xi Jinping wants to consolidate his position for the next term and do more military exercises.

“After the military is confident in its ability to take Taiwan through an amphibious assault, and Xi Jinping feels like … they can weather a temporary storm in what would come in terms of economic sanctions and other technological restrictions, I think then he makes a move for it.”