Alison Roman has a knack for making her recipes go viral, even something as simple as a chickpea stew. Roman rocketed to celebrity chef status a few years ago with her first cookbook called “Dining In.”

Now she’s back with a second book of recipes for the home cook. It’s called “Nothing Fancy: Unfussy Food for Having People Over.” 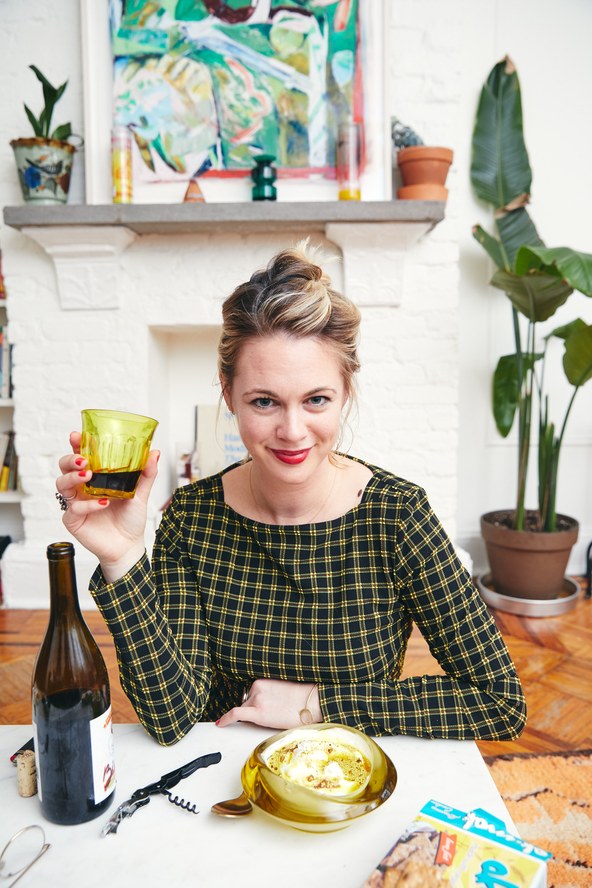 Roman draws a stark line between “entertaining” and “having people over.” She says the word “entertaining” simply isn’t for her. “I don't think that it's irrelevant. I think that it's still a cool thing to do for a certain type of person and with a certain level of ambition. But it's not how I live my life. And I would never call having anyone over for dinner ‘entertaining.’ It just seems kind of pretentious. It seems kind of loaded. It seems like you're setting the expectations up really high, both for yourself to feel nervous, and for others of what they're expecting when they come over.”

She says she under-promises and over-delivers, simply by asking, “Do you want to come over on Sunday? I'm making dinner.”

Roman gives recommendations for each course when you’re having people over for dinner.

“Some are just out of their tins, draped over chickeries and labne with preserved lemon and a salad. Or I like to melt them into brown butter and spooned over seared cabbage. I like to put it with tomatoes roasting a chicken,” she says. “There's so many ways to have them that I feel like you can't say you don't like them because their flavor truly changes, whether they're finely chopped or melted.”

Roman suggests that anchovies are like “a shortcut of one extra ingredient that really changes everything, and intensifies the saltiness and the meatiness and the depth of flavor.” 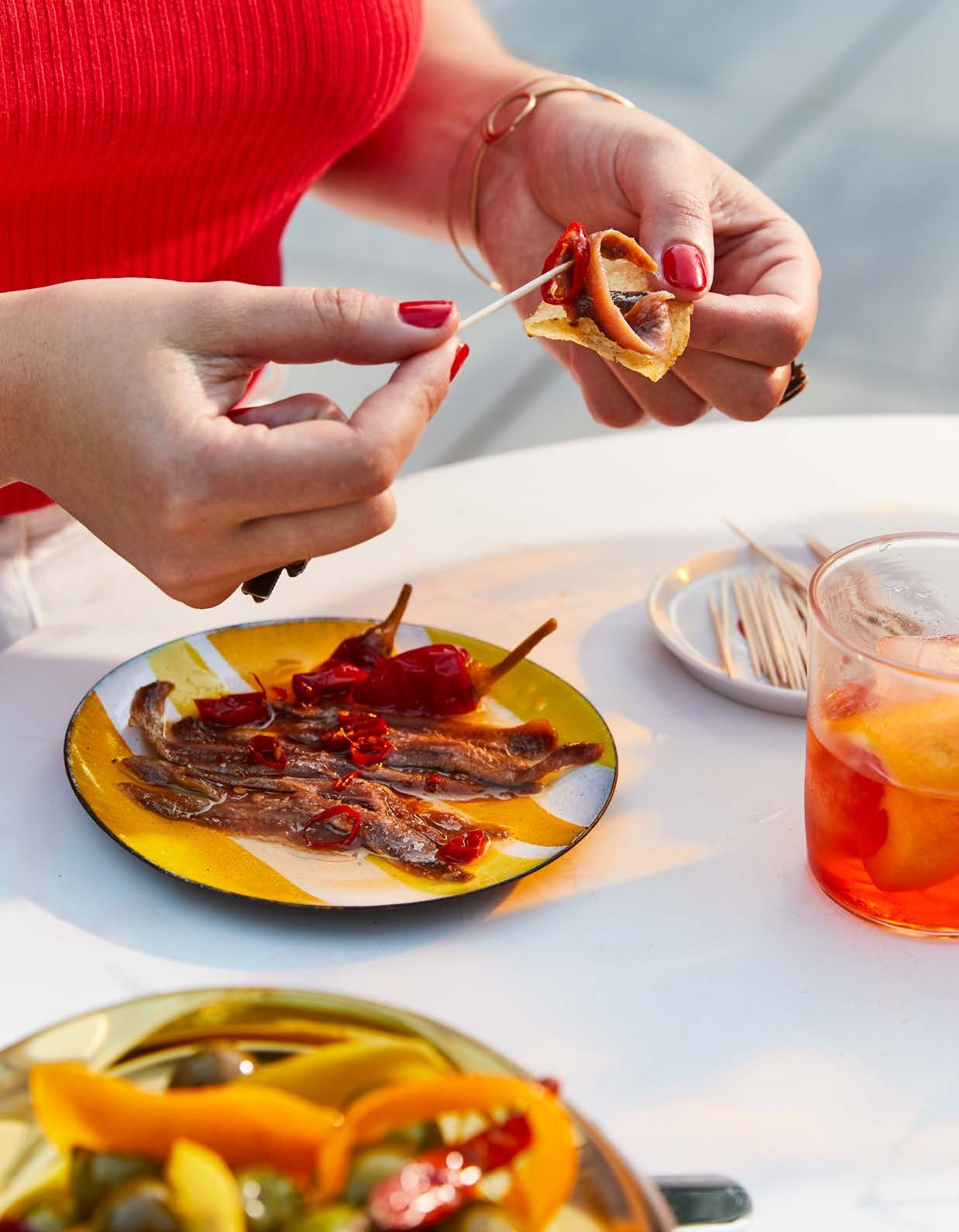 She recommends anchovies on potato chips as an appetizer. “You would think too salty, right? No. They’re perfect because you marinate the anchovies in vinegar. So you put them in a little dish, cover with some white vinegar, add a little crushed chili or fresh chopped chili, and then use a little toothpick and scoop up, put them on a potato chip. And it's like a salt and vinegar chip meets an anchovy.” 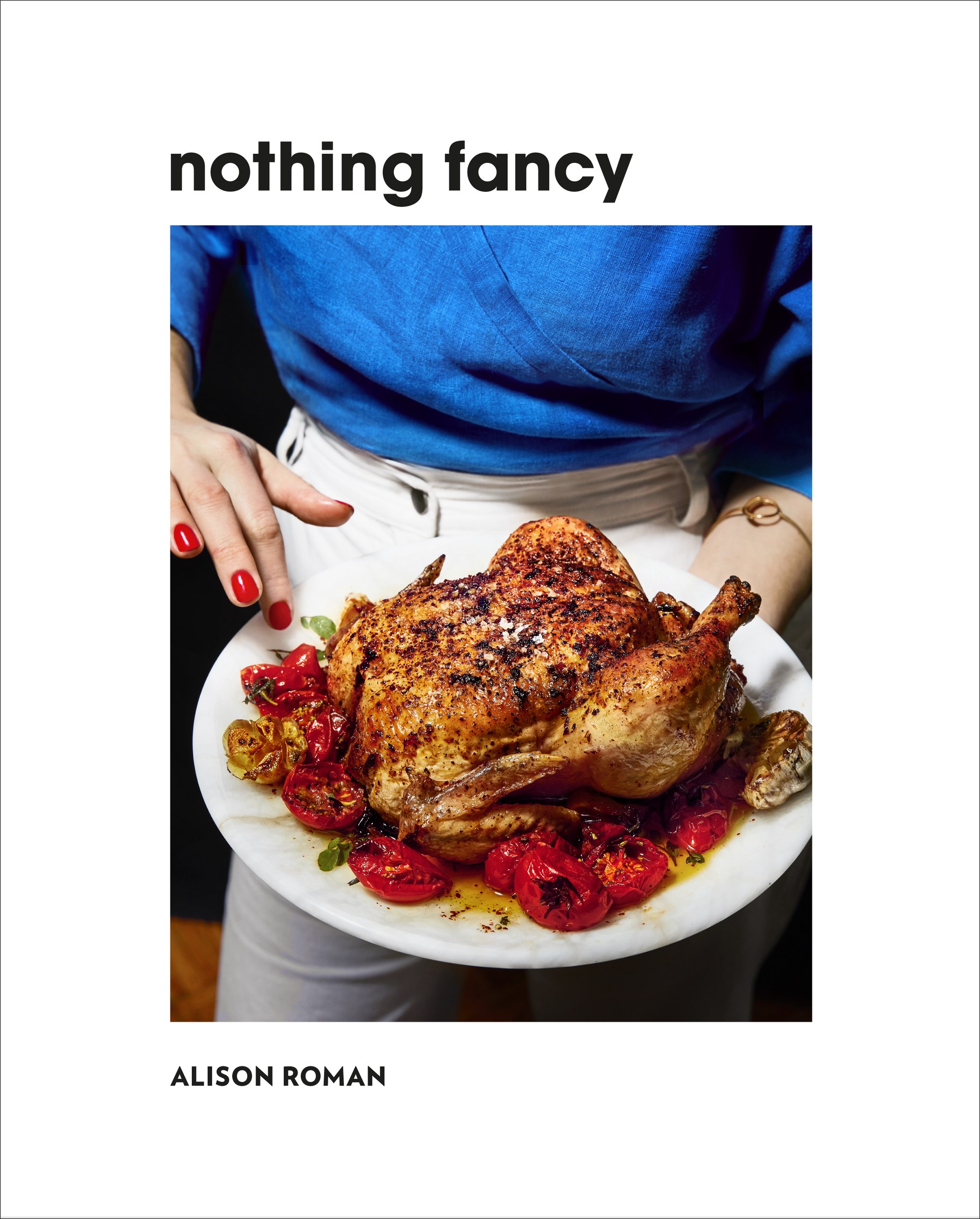 The cover of “Nothing Fancy.” Credit: Michael Graydon and Nikole Herriott.

For a hands-off dish that anyone can make, Roman recommends a slow-roasted chicken with buttered tomatoes and oregano. (See recipe below.)

“The tomatoes get really jammy and saucy and kind of lightly caramelized round the edges. And the chicken, because you're cooking it low and slow, never dries out. So it's really the perfect bird for anyone.” 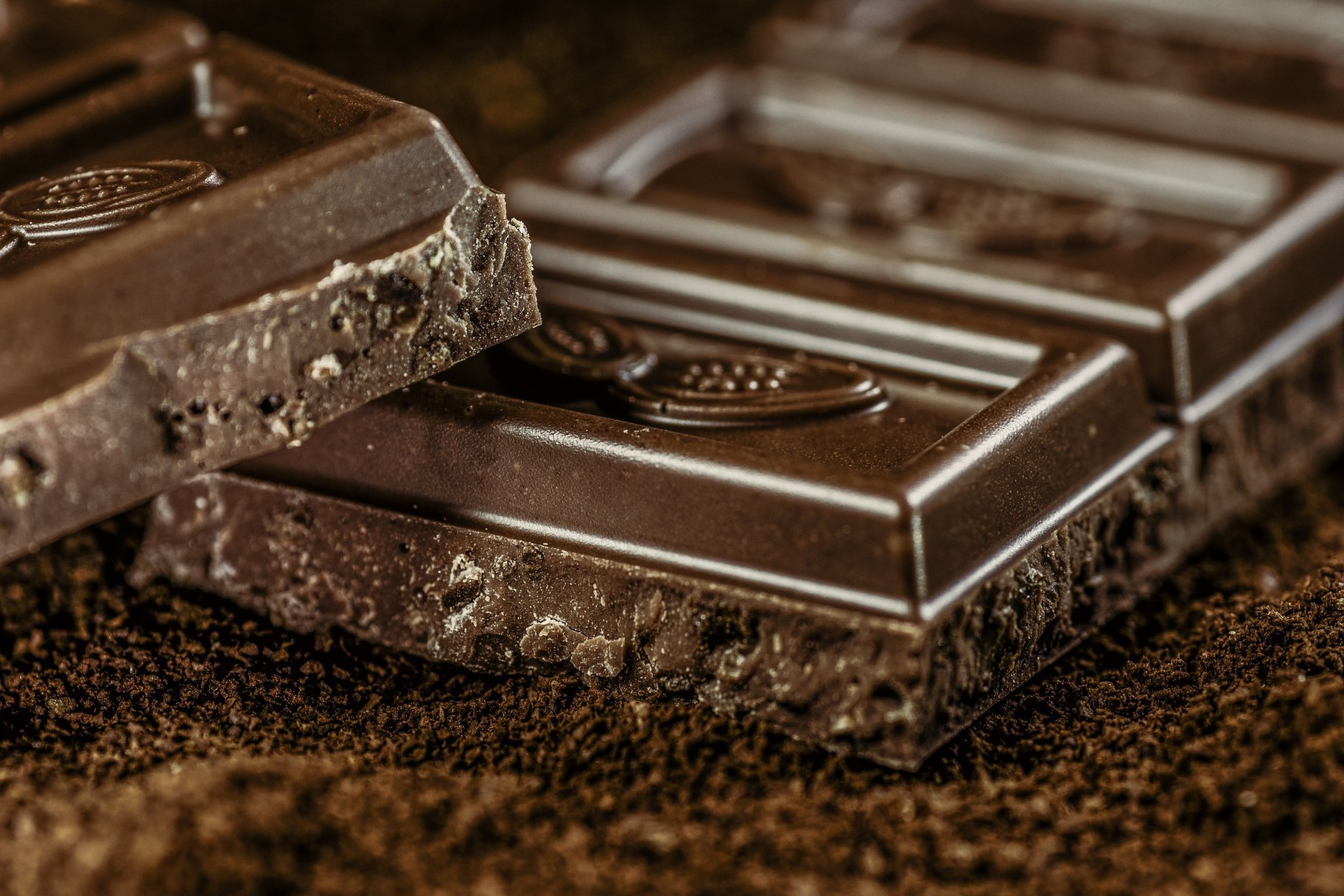 Roman says she’s not big on desserts, which is funny because she used to be a pastry chef.

But she likes to simply turn to a few good chocolate bars. And she tends to drink her dessert.

For dessert lovers though, her book offers some 18 desserts to try.

Cleaning up after dinner

For many dinner party hosts, one big question is whether to wash dishes with guests around or wait until they’re gone. For Roman, it depends on the kind of night she’s having.

Roman says her only hard and fast rule is that all the food gets put away. “I don't want any food-borne illnesses. I don't want any creatures. I want to save the food. I don’t want to waste it. So I'll pack up everything, put in the fridge, or send it home with friends.”

*Reprinted from “Nothing Fancy.”

There are about a million ways to roast a chicken, and someone will always tell you that theirs is the best way. Here is my truth: If you smear a good, high-quality chicken with enough fat, season it with plenty of salt, roast it until it is cooked through and the skin is brown, it will always be excellent. But if you ask me (and you’ve got the time), it’s the slow roast that gives you everything you want: perfectly golden skin, extremely tender meat, and plenty of salty, savory chicken juices to serve as a sauce. Above all other dishes in this book, this chicken truly embodies the “nothing fancy” mood. From the extremely simple assemblage of ingredients to the ridiculously handsoff preparation, it’s casual in a way that feels almost lazy (but isn’t), with “make sounds after you take a bite” levels of delicious. You could truly put things over the edge and add a few anchovies to the tomatoes. (Mandatory anchovies might make me seem like a one-trick-pony, but let’s pretend I’m not!)

NOTE: Get ready for an unpopular opinion. Crispy-skinned chicken is a myth and a lie. Even when remotely crispy out of the oven, it will soften and deflate the second you slice into it. At best, there may be crispy bits, but to think you can somehow get the skin of an entire chicken shatteringly crispy will only lead you to frustration and disappointment.

Season the chicken with salt and pepper (if you can do this in advance, please do; think of it as a casual brine). Drizzle it with the olive oil and sprinkle with the fennel seeds.

Place toast on serving platter and spoon the jammy tomatoes over or around the toast. Carve the chicken and place on top of the toast to catch the juices.

DO AHEAD: The chicken can be roasted a few hours ahead; it’s very good at room temperature.