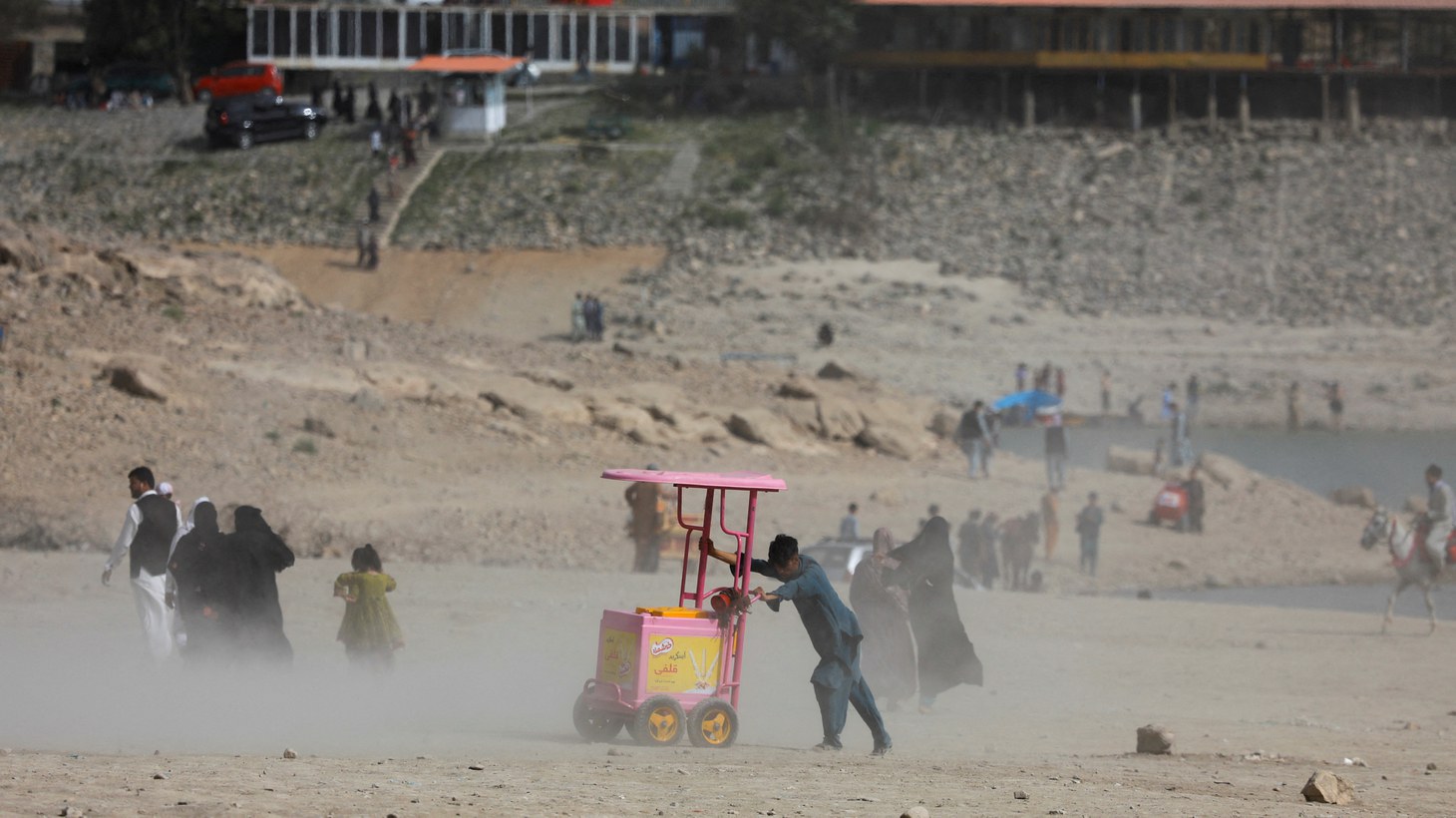 A person pushes a cart during a dust storm in Qargha lake in Kabul, Afghanistan, July 29, 2022. Photo by REUTERS/Ali Khara TPX IMAGES OF THE DAY.

Afghanistan is struggling under its new government nearly a year after the U.S. withdrew from the middle eastern country. According to the U.S. Special Inspector General for Afghanistan Reconstruction, an estimated 19 million Afghans face life-threatening hunger, women’s rights have deteriorated, and women who leave home uncovered might face jail time. USAID says the U.S. and global community have pledged more than $1 billion to help the region, but getting the money and resources to those who need it has been difficult, especially as leaders try to negotiate with Afghanistan’s new government.