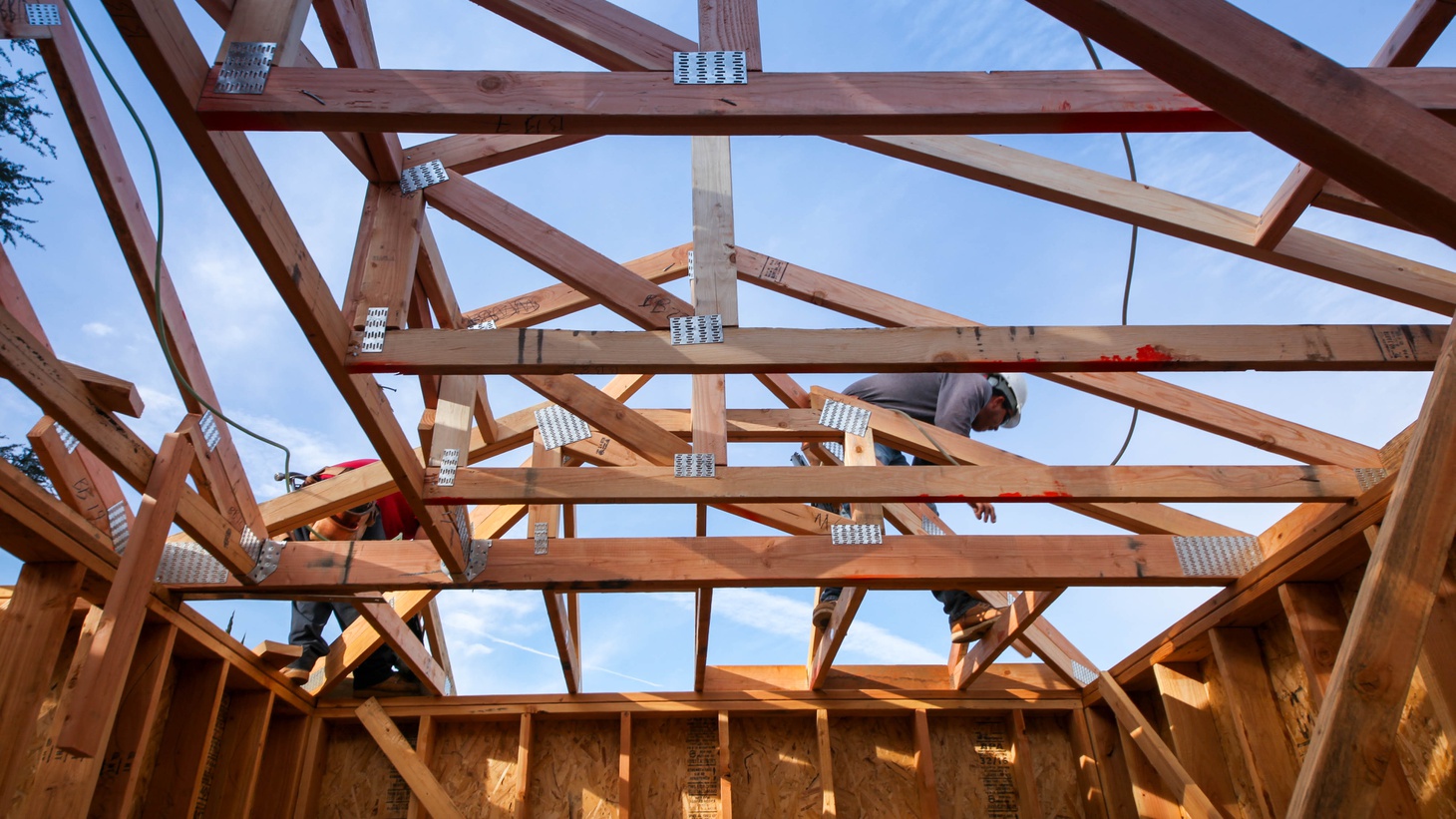 An aerial view shows the region south of downtown LA. SoLa Impact has purchased a number of run-down, 40 to 50-year-old buildings in LA, and spent $100,000 to $200,000 to refurbish each building, then rent the spaces to low-income tenants. Photo by Shutterstock.

The average cost to build a single affordable housing unit is around $600,000 in LA, according to a city audit, and that figure is going up. One company, SoLa Impact, says they are doing it more cheaply at around $250,000 per unit. How are they doing what no one else seems to be able to do?

After Wharton, Muoto worked in private equity for 16 years, then moved to LA and started making investments here.

“The key to his success, he says … is that he does not do affordable housing with a capital A. He eschews the subsidies available through the state and federal governments, and raises private funds, and does this as a business.”

Waldman says Muoto makes a profit through a combination of cost-cutting, using cheaper materials and more standardized designs, and rent revenue. The revenue is driven in part by government subsidization: “He is able to build these structures inexpensively enough that he can take in rent revenue, in this case, largely subsidized for poor people. Many of his tenants were formerly homeless before they moved into SoLa Impact’s buildings.”

Before focusing more on new building construction, SoLa had purchased a number of run-down, 40 to 50-year-old buildings in South LA, and spent $100,000 to $200,000 to refurbish each building. They then rented the spaces to low-income tenants.

Some existing residents didn’t return, however. Waldman says they initially were protected by rent control and were paying less than $1000 a month on rent, and after the renovations, the cost of living rose.

“There are activists and tenants’ rights groups in South LA who do think that SoLa Impact dislodges these rent-controlled tenants in order to earn a higher level of rent through the subsidized housing programs.”

Many of SoLa’s units, though, are also rented at market rate to people who aren’t on public assistance. Muoto says they often rent a building at a 50-50 split between market rate, and affordable housing units.

There’s no question that Muoto is the most prolific affordable housing builder in South LA, Waldman says. “He’s walking the talk. … Over the next three or four years, he’ll have spent about $500 million … buying and renting, but also building brand new, affordable housing units, some 400 or 500 units. And he's returning profits to his investors. He's creating an incentive for pension funds and private individuals and anybody out there to invest.”

Waldman says he’s not holding up Muoto’s strategy as the answer to solving affordable housing, but he says Muoto is mission-driven, committed, smart, and gets things done.

“He's a heck of a business person. … What he would say is, ‘Solve inequality to save capitalism.’ That's how he puts it.”