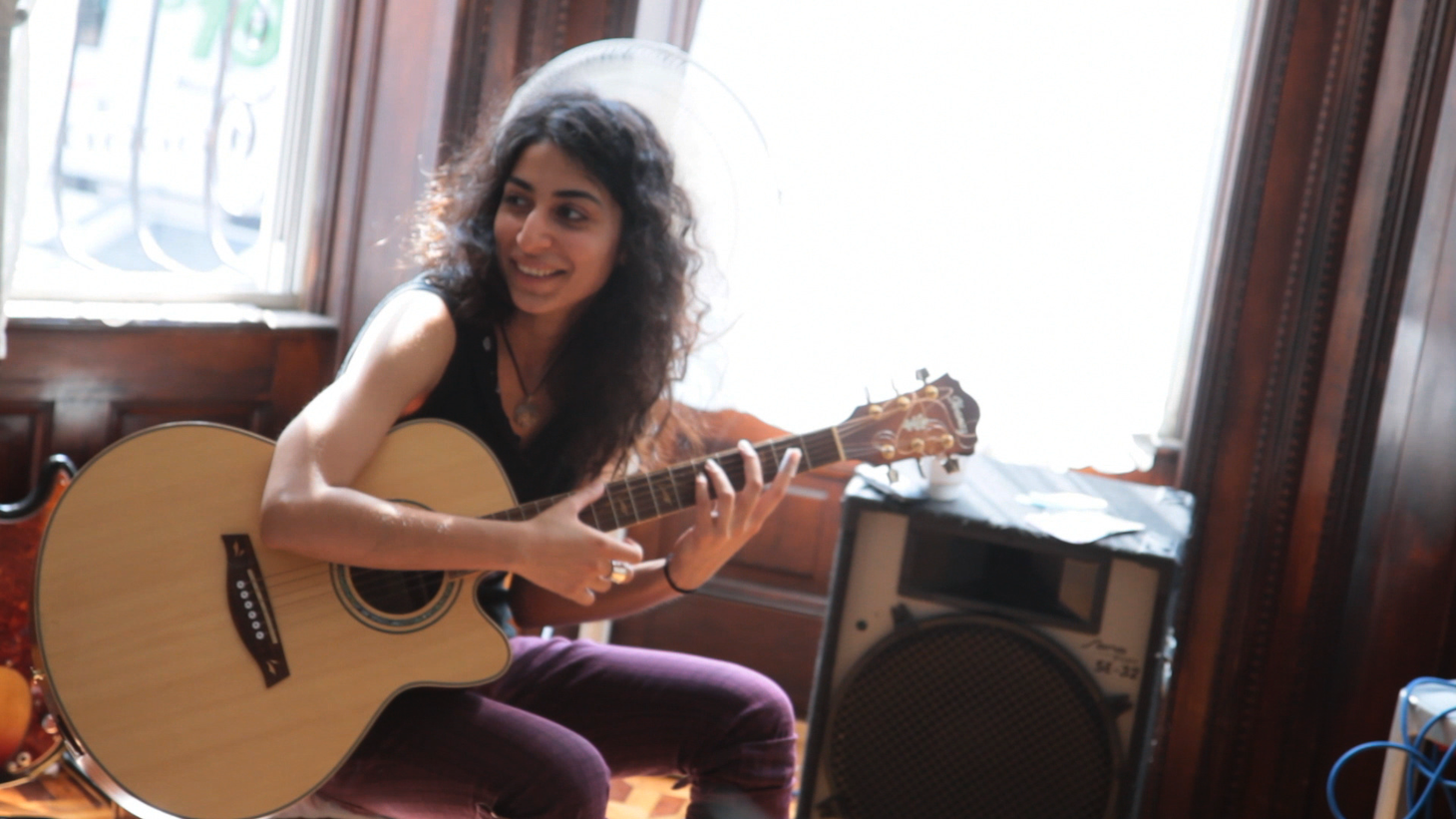 Arooj Aftab is the first Pakistani woman to be recognized by the Recording Academy. She’s nominated for Best New Artist at this year’s Grammy Awards, alongside Olivia Rodrigo, Saweetie, Finneas, and others. Aftab’s song “Mohabbat” from her third album, “Vulture Prince,” is also nominated for Best Global Music Performance. The album also landed on KCRW's Best Albums of 2021.

She mostly sings in her native language of Urdu, and draws inspiration from Sufi music, an ancient form of Islamic poetry.

“It feels like the Academy is doing a good thing here, where it's realizing that this is also popular but just from a different lens, and it deserves to be in the running as a Best New Artist,” she tells Press Play. “And one of the biggest things is that the American audiences are okay now listening to music that isn't in English, because everywhere else in the world, they've been doing this for a long time very easily, right? … It's like a giant breakthrough.”

The song “Diya Hai” on Aftab’s new album is based on Mirza Ghalib’s 19th century poem about an untypical romance triangle. She explains the lyrics: “I'm saying if I give my heart to whoever, what can you really do about it if you if you give your heart away?”

She continues, “It's not about anything at the end. It's just about the power of this love and it being shared, and the understanding of these things that happened, like just talking in a very simple and real way, which is what I really appreciate.”

While listeners may not understand the Urdu lyrics, they can sense a melancholy tone to the song. Aftab says love inherently has a sad quality. “But then there's also a sweetness in it, right, like this melancholic hope and desire for another love, or for any relationship to have more love. So I feel like that's what's happening in the song.”

Aftab’s new album has only one song in English: “Last Night.” It’s translated from a poem by the 13th century poet Rumi, and incorporates modern reggae sounds.

“The ethos of reggae [and] Rastafarianism, they overlap … in the romanticization of intoxication, and the substance, the joy. … I feel like it's that kind of poetry too that was really resonating with me — very minimalist, not a lot of words like comparative to Leonard Cohen's ‘Hallelujah,’ where there's so much being said and you're in a story of lyricism. Here, there's a thought, and it's being repeated, and you're emoting a lot. But at the same time, it's super minimal, and there's not a lot really happening,” she explains.

Aftab says her songs are about love and the reality of the world. “[Life] can fill you with so much disdain for it. … It's so relentless in the way that it brings you joy, and it brings you so much sadness, and it gives you things and takes things away, and you're just in this washing machine cycle. But then without that, everything is pointless. … So trying to have the most integrity and putting those thoughts and feelings out there into the music. Very personal music is what I've been trying to make.”