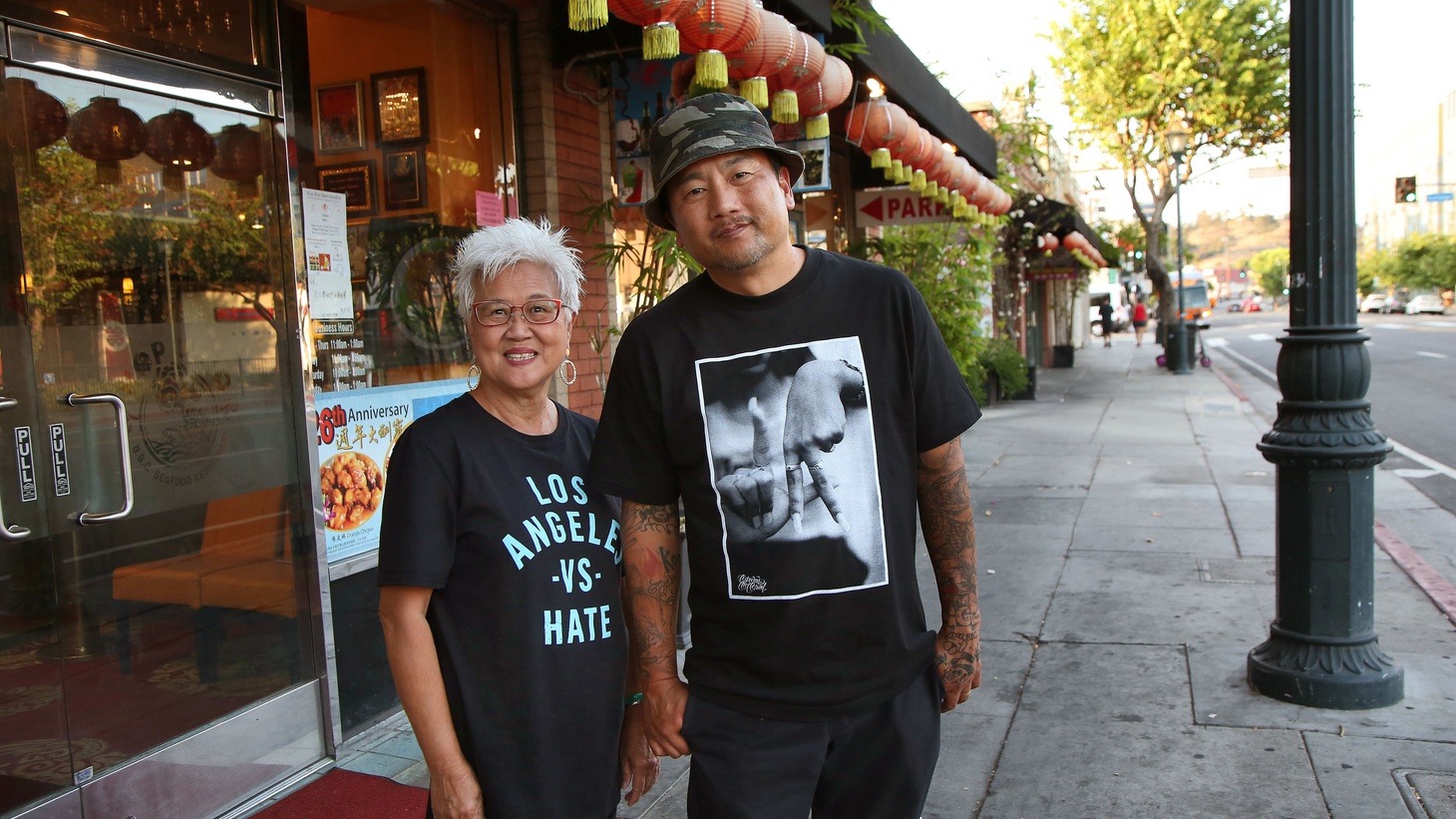 When Kogi’s Korean BBQ tacos landed in LA in 2008, they became an instant hit. Led by chef Roy Choi, the food truck inspired thousands of others nationwide and earned him a place among the city’s top culinary ranks. In the years since, Choi’s launched several more Kogi trucks, brick-and-mortar restaurants, a catering business, and even a few TV shows.

His latest is a PBS series called “Broken Bread,” and season two follows the impact of the pandemic on restaurant workers and what the industry should do about it. It also explores the role of gentrification in three LA areas: Virgil Village, Chinatown, and Leimert Park.

Choi tells KCRW that March 2020 further exposed how economically fragile the restaurant industry is. Within the first week of shutdown, he saw them already crumbling. Choi says Kogi itself was within two days of closing. It had lost 60% of its business overnight.

“Most restaurants that you all eat at, or frequent, or may even look busy from the outside looking in, they’re usually just a couple of days away from being bankrupt,” Choi says. “Everyone was scared. And what I told the team was ‘if we're going to go down, we're going to go down the Kogi way. … If this is inevitable, let's just do it the way that we started with free spirit and nothing to lose. And let's go out on a good note.’”

Within weeks, Kogi gave free food to help Angelenos who had lost their jobs. Alongside cash from the Payment Protection Program and community donations, the business was able to survive.

“I made a promise to everyone that [for] every penny that came in, we would make sure that goes and serves a hot meal to someone,” Choi says. “For the whole 2020, we just survived on a break-even model of getting donations and using that money to feed people. … It gave me hope that there is power in a world that is idealistic and maybe lives a little bit outside of just the bottom line and profit.” 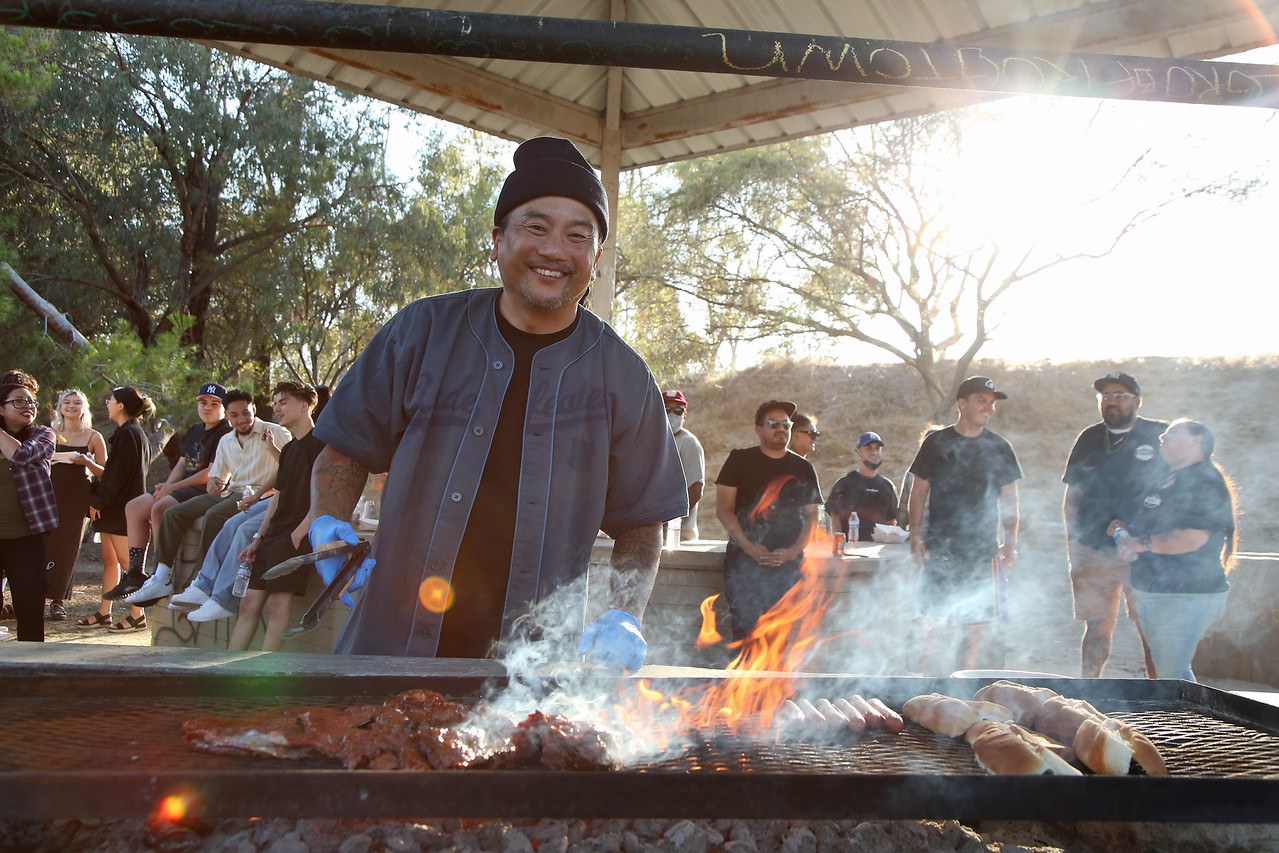 Due to tight profit margins, Choi says equitably paying employees can be a challenge for restaurateurs. In the “Broken Bread” season two premiere, Choi interviews Bé Ù chef Uyên Lê, who talks about her commitment to paying her workers more than minimum wage. At her restaurant, that’s $18 an hour, plus pooled tips. Choi says the Vietnamese chef also offers sick pay, vacation pay, and benefits.

“What happens is people get exploited, and it's just the nature of this old system that we live in, which is the restaurant system. And so she's like, ‘Screw that. I'm not gonna give up my standards and my dignity and my integrity of what I believe in just to run a restaurant. I'm going to run a restaurant with all of those things. And if it works, it works. And if it doesn't, it's going to last as long as it's gonna last.’”

He adds, “She's trying to raise the boat for everybody. On paper, none of that adds up. But in life, it does add up and she's thriving. So what does that say about us all maybe taking a chance and looking at these old systems and saying they don't work anymore?”

Why restaurants drive gentrification and how BIPOC are impacted

According to Choi, restaurants have the power to sway development in a region. He uses the example of Virgil Village near Silver Lake. It’s a predominantly Latino, working class neighborhood that changed after the restaurant Sqirl opened.

“It caused a chain of events that took a neighborhood that was low rent, that housed a lot of people that worked in the service industry or the blue collar industry, and all of a sudden, it became ‘Virgil Village’ and everything changed. People were being displaced. Rents were going up. There was entitlement.”

Choi acknowledges that at one point, new businesses entering working class neighborhoods like Virgil Village were perceived as a source of revitalization for an area. He says it’s time to acknowledge the damage of gentrification.

But he notes one solution is creating a surcharge at restaurants that could go towards an oversight committee or grassroots organization that fights gentrification.

“I'm not against growth — I want to make that clear — because I'm also a business person. But I am for loving growth,” Choi says. “If you hear of a new place in town, we flock to it and nothing can stop us. The writers can't stop writing about it. The consumers can't stop wanting to get into it. … We lose all of our senses, and all of our righteousness of knowing what is right. And we just end up becoming very selfish as consumers.”

Choi says some displacement is especially visible in neighborhoods with historically Black people, such as Leimert Park and Inglewood. 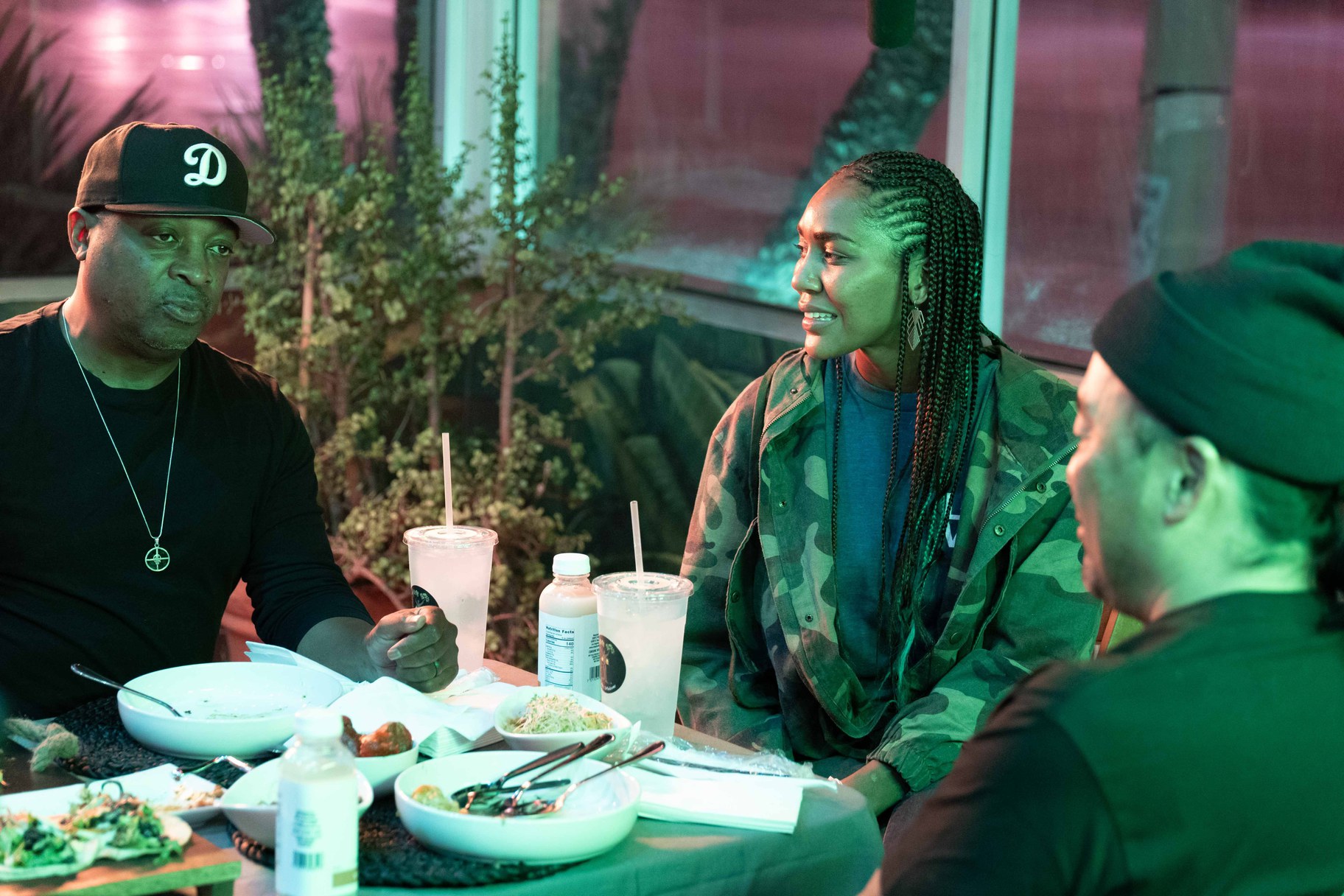 “All these neighborhoods that were redlined in the history of Los Angeles that a lot of Black residents, residents of color were forced into … these areas where generations and families built culture and lives and raised children — are now vulnerable because these are the only lands left that people have to develop within Los Angeles. … And it's not as easy just saying, ‘Move to Victorville or just move to Lancaster.’ You’re talking about life.”

Using food as a conversation starter

Choi says it can be tricky to have conversations about social inequality, gentrification, and housing, so food is a safe way to open that dialogue.

“Food is our Trojan horse. It is our positive weapon to bring everyone in because sometimes it's hard to talk about these things or even confront these things. If we're going to confront the inequalities of life, especially amongst us as humans, it would require a lot of us to take a deep, hard look in the mirror. And that's really tough.”

He adds, “But if we do food, then we can say, ‘You know what? Instead of taking a look in the mirror and taking the blame … we can all put down our guard and say this is silly. This is stupid. This is ridiculous. And we're all going to do something about it.’” 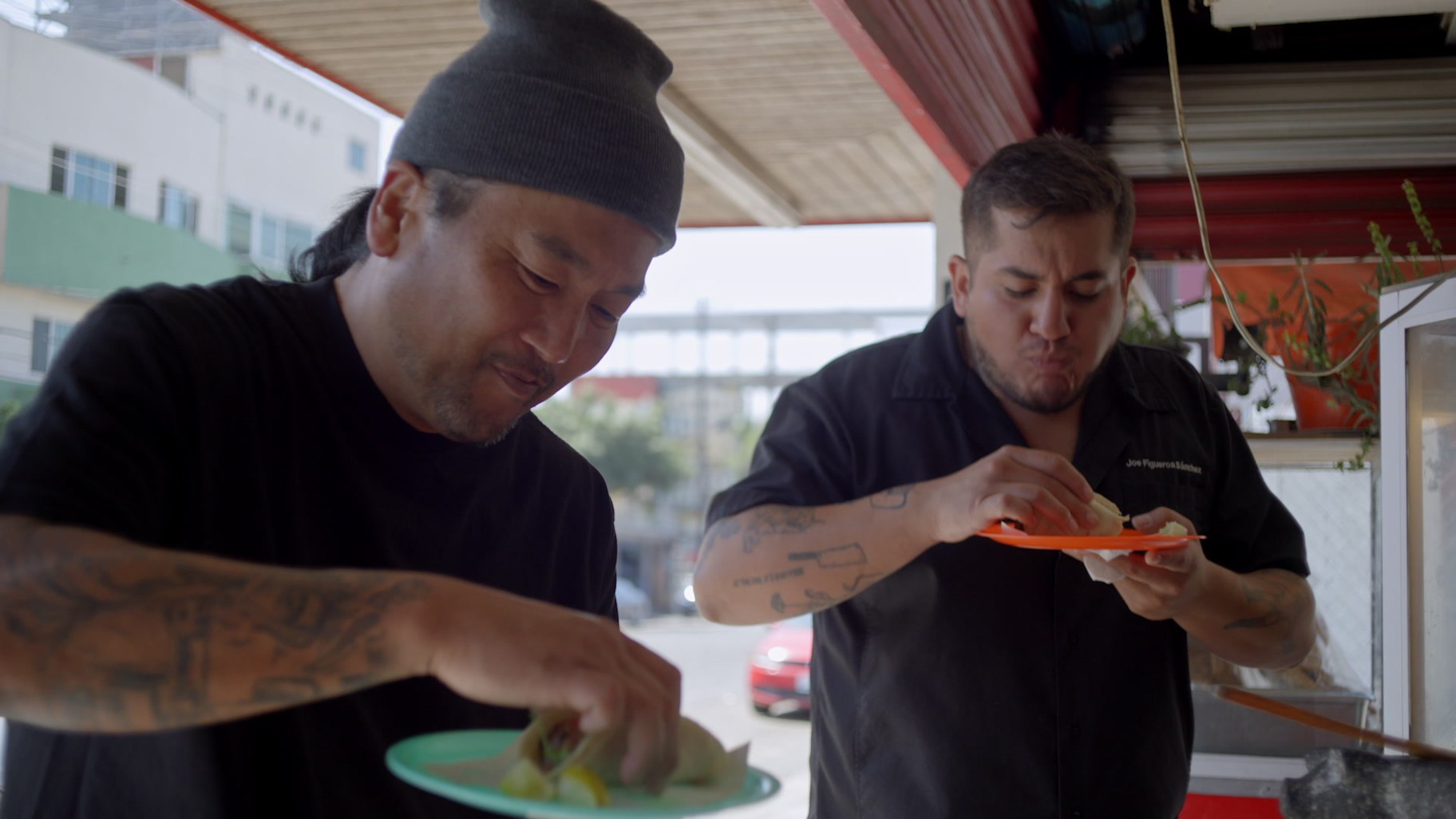 And despite the perception that supporting new restaurants might support gentrification, Choi says it’s crucial to back up the ones that are trying to change the industry.

“What we're showing in our show is a whole new wave of entrepreneurs from the inside out. So you shouldn't feel guilty about supporting Compton Community Garden, Harun Coffee, Voodoo Vegan, Nature's Thirst Trap, No Us Without You. … This is a new wave. This is what we've all been working towards. It is not the outside coming in, but the inside coming out.”

“Broken Bread” airs Tuesdays at 8 p.m. PT on KCET and Tastemade, and it’s available on-demand via the PBS Video app or Tastemade app.