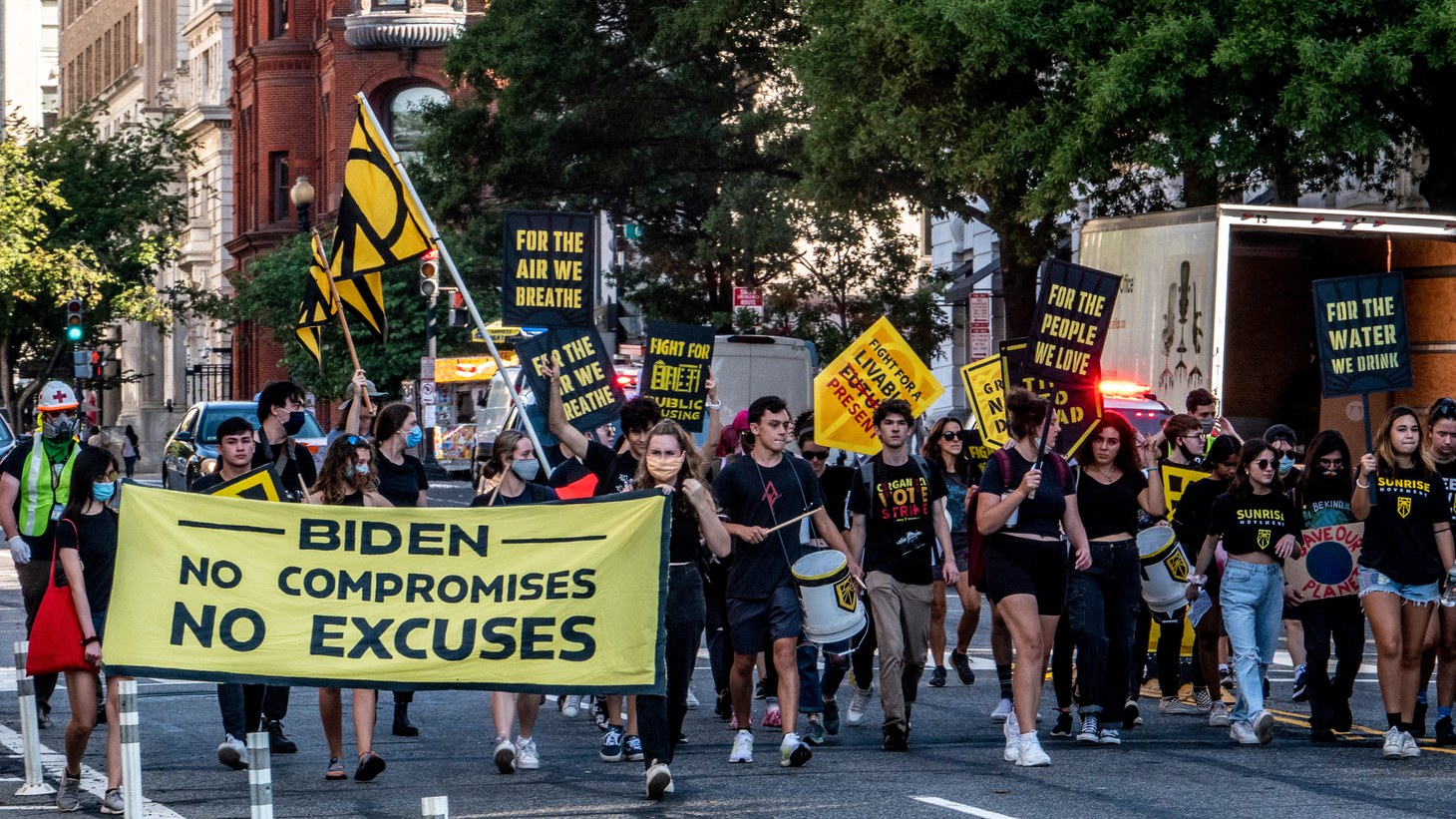 Climate activists march in Washington D.C., carrying signs that say, “Biden: No compromises, no excuses,” “For the air we breathe,” “For the water we drink.” Photo by Shutterstock.

President Joe Biden and his allies in Congress are pushing to pass climate change legislation. But standing in the way are two Democratic senators: West Virginia’s Joe Manchin and Arizona’s Kyrsten Sinema. Republicans will likely win back the U.S. House of Representatives in the November midterms, making climate activists and Democrats worry that the next few months will be the U.S.’ last chance to avoid catastrophic global warming.