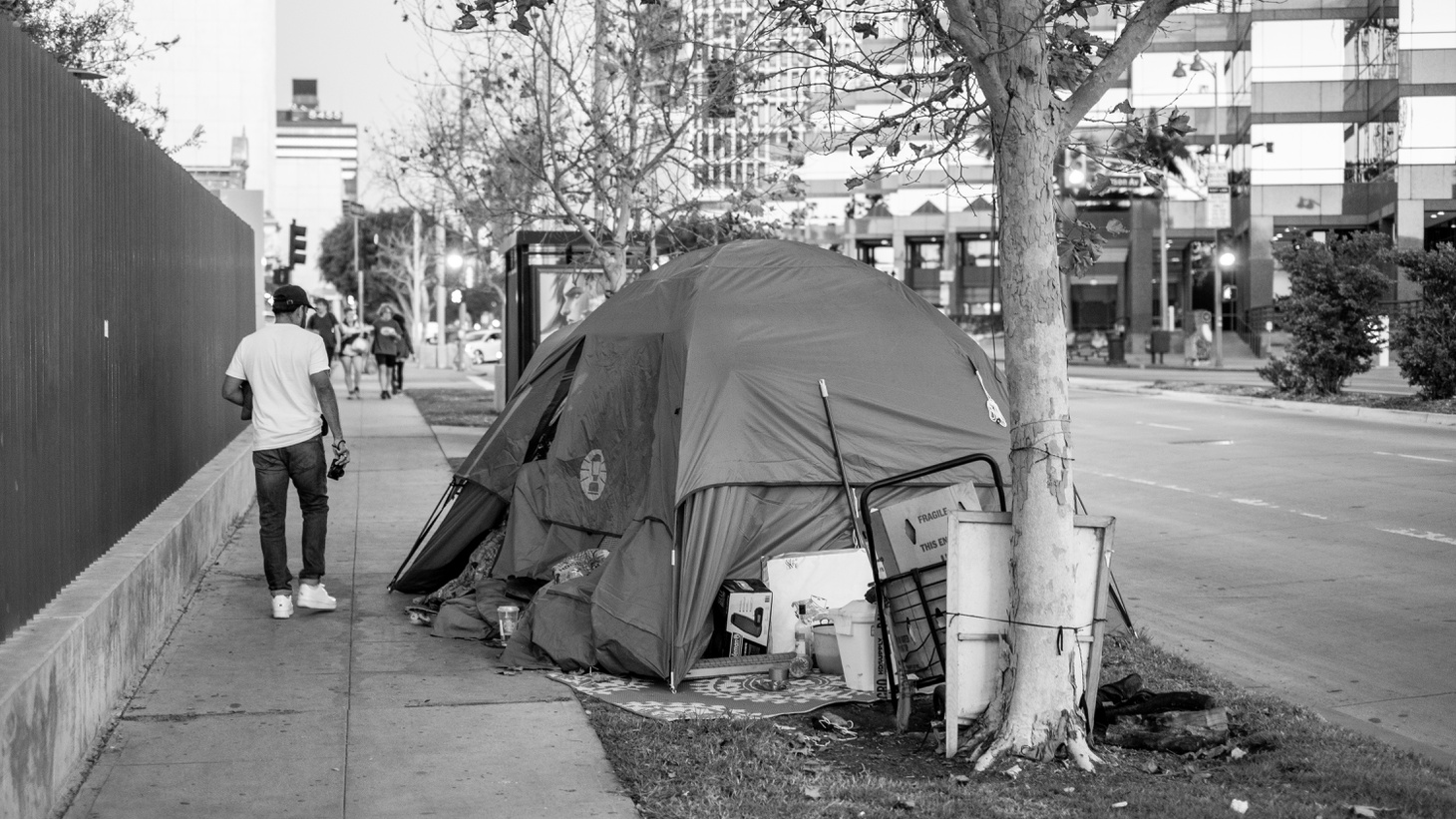 A homeless encampment sits on a sidewalk in Mid City, California. Photo by Amy Ta/KCRW

The LA City Council voted 11-3 on Tuesday to ban people from sitting, sleeping, lying on, or storing property within 500 feet of schools and daycare centers. It was the third time the council voted on ​​LA Municipal Code ordinance 41.18, the so-called “anti-camping” law. It faced strong resistance from activists, who say the ban would further criminalize homelessness and waste resources better spent on connecting people in need of help.

During Tuesday’s council meeting ahead of the vote, police detained a public speaker for trying to climb over a barrier separating the council members from the public. The person was trying to confront Council President Nury Martinez.

“People are very angry for a lot of different and sometimes clashing reasons. And I think the tensions here … unfortunately are really more about how to manage homelessness and how to solve it,” says KCRW reporter Anna Scott.

She adds, “By and large, unhoused people in the City of LA are not violent. Offenders are not predatory or dangerous, necessarily. But of course, there are people who do have behavioral issues that can be on display that are disturbing for anyone to see. And it's enough of an issue that the LAUSD superintendent actually went to the City Council a couple of months ago to ask for these types of restrictions.”

Results of the latest annual homeless count will arrive in September. Scott says she’s hearing that homelessness overall is up, but unsheltered homelessness is slightly down.