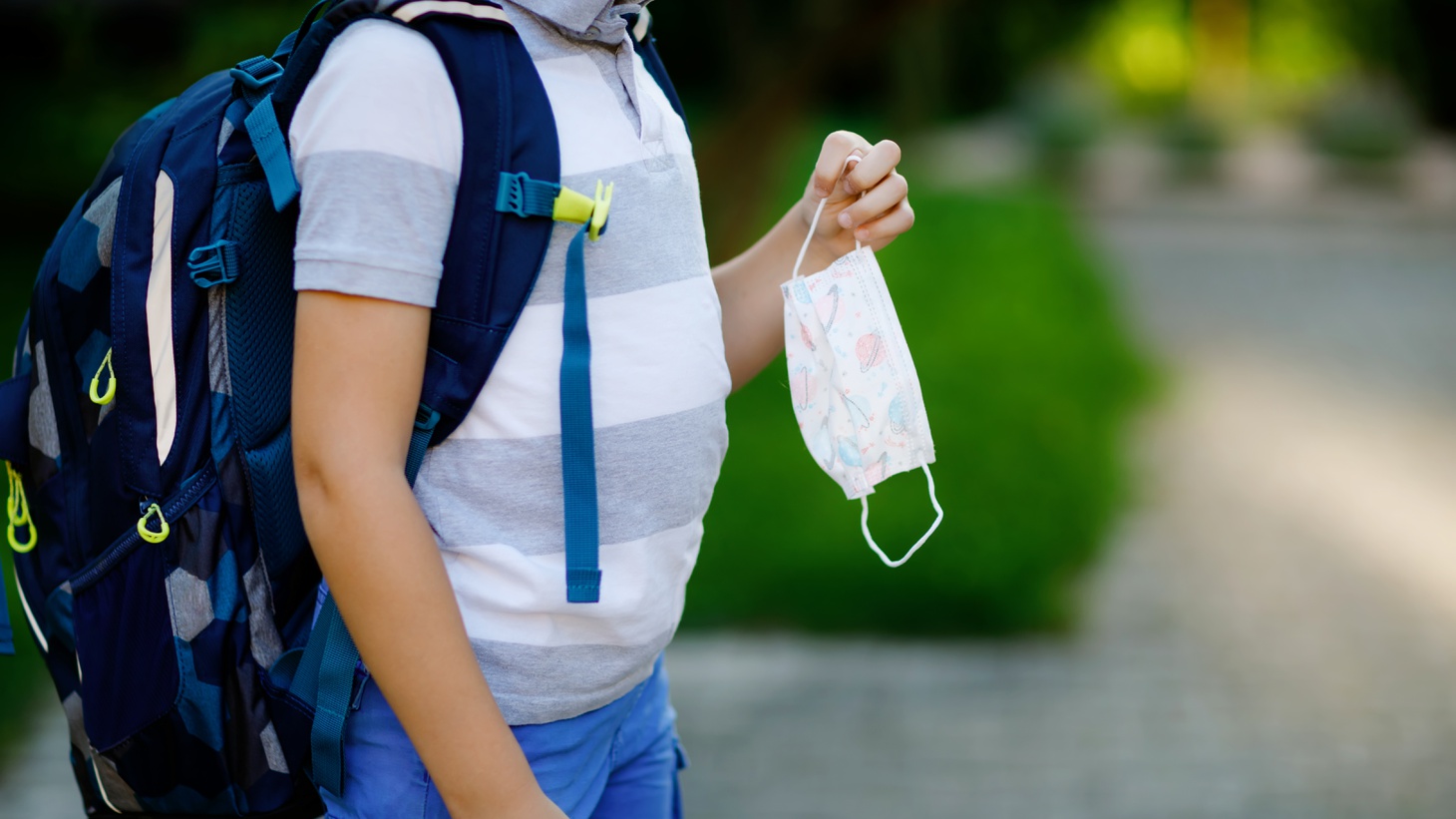 Face coverings will be optional during this new LAUSD term. Photo by Shutterstock.

Classes in the Los Angeles Unified School District start on August 15. This term, LAUSD is easing many of its COVID restrictions. Wearing masks is now optional, and there will no longer be weekly universal testing. Instead, they’ll only test those who are sick or in close contact with someone who is.

“I think that just eliminating all of the testing, or only trusting people to be honest about if they're feeling sick or not — it gives me a little bit of trepidation, to be honest,” says Marisa Crabtree, English literature teacher at Lincoln High School. “And also, high school teachers switch groups of kids every day. And we have six periods that we're teaching six different groups of kids. So I think that when you start multiplying … it feels like a lot of potential for risk.”

Meanwhile, Jill Fink, a first grade teacher at Woodlake Elementary, is choosing to go maskless. “They [students] need to see my smile, I need to see their expressions. We’re learning to read, and they need to see the way my mouth forms when I make different sounds. … Of course, I also have underneath my choice … some traumas, some trepidation. We were in such a rigid testing schedule last year. But this is the mindset I'm going in with this year, and really hoping that people will take personal responsibility and use those home tests.”

Crabtree adds that she believes many students still have residual mental health struggles. “There's a lot of feeling of those two years when we were online weren't real school years for a lot of students. … There's a lot of feeling like I have to catch up, or feeling like I didn't do enough or I wasn't on the ball enough. … We're getting more resources. And I really hope that the district continues to funnel funding to provide for additional mental health resources.”

Blume points out that Superintendent Alberto Carvalho is much different from his predecessor, Austin Beutner.

“He is very comfortable in front of the camera. He loves the attention of Los Angeles. … He is an educator with a long and serious background. … He was the longtime superintendent in the Miami Dade public schools. And that district has been generally well regarded in the way it's been run. And he was there for like 14 years, which is unheard of. … He's got a lot of personality, shall we say, and some people feel maybe too much personality at times. But he is a contrast this way.”

The teachers union is still feeling him out, Blume notes, and they’re concerned that his approach to safety is too cavalier. However, by Florida standards, Carvalho was strict about safety, but he “lands on the lighter side” by California standards. He’s embracing the job with a lot of energy, and it remains to be seen what will happen, Blume says.

“Under new superintendent Carvalho … he would say the schools are still safe, it's the science and the state of the pandemic that has changed, and that these lesser restrictions do not mean that schools will not be safe,” Blume notes.