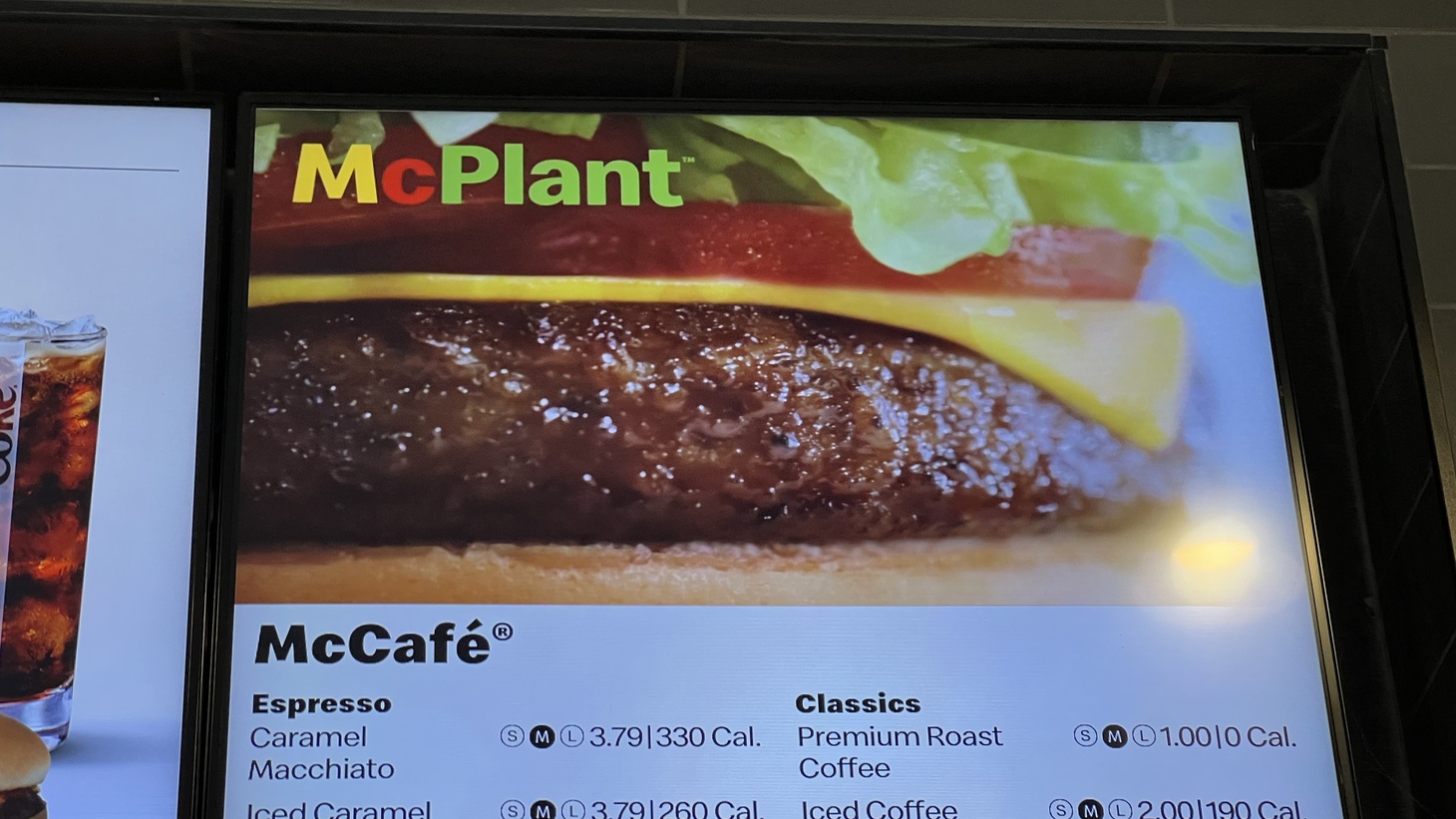 McDonald’s has removed a Beyond Meat burger from about 600 restaurants after a limited, six-month run. The golden-arched fast food chain was the biggest company to roll out the plant-based option, which was made out of peas, rice, and potatoes. But McPlant sales were lackluster, and the announcement caused Beyond Meat stock prices to dip.

The problem partly had to do with marketing, says Ali Francis, staff writer and editor for Bon Appetit. “That's partially where they went wrong … who were they really trying to sell this burger to? And those advertisements seemed a little confused in that as well.”

She adds, “My suspicion would be that it's trying to capture the flexitarian customer who is perhaps more … values-motivated in terms of how they shop and eat. But then again, that customer may not feel super comfortable giving their money to a large corporation like McDonald's.”

Plus, the product itself was not strictly vegan or vegetarian, since the burger included cheese, and the patty was cooked on the same grill used for meat products, she explains.

Some vegan or vegetarian customers may also prefer to eat the whole vegetable itself rather than an extremely processed patty manufactured in a lab, she notes.

However, while the McPlant appears to be a flop in the U.S., Francis points out it's more popular in the U.K. and Austria.