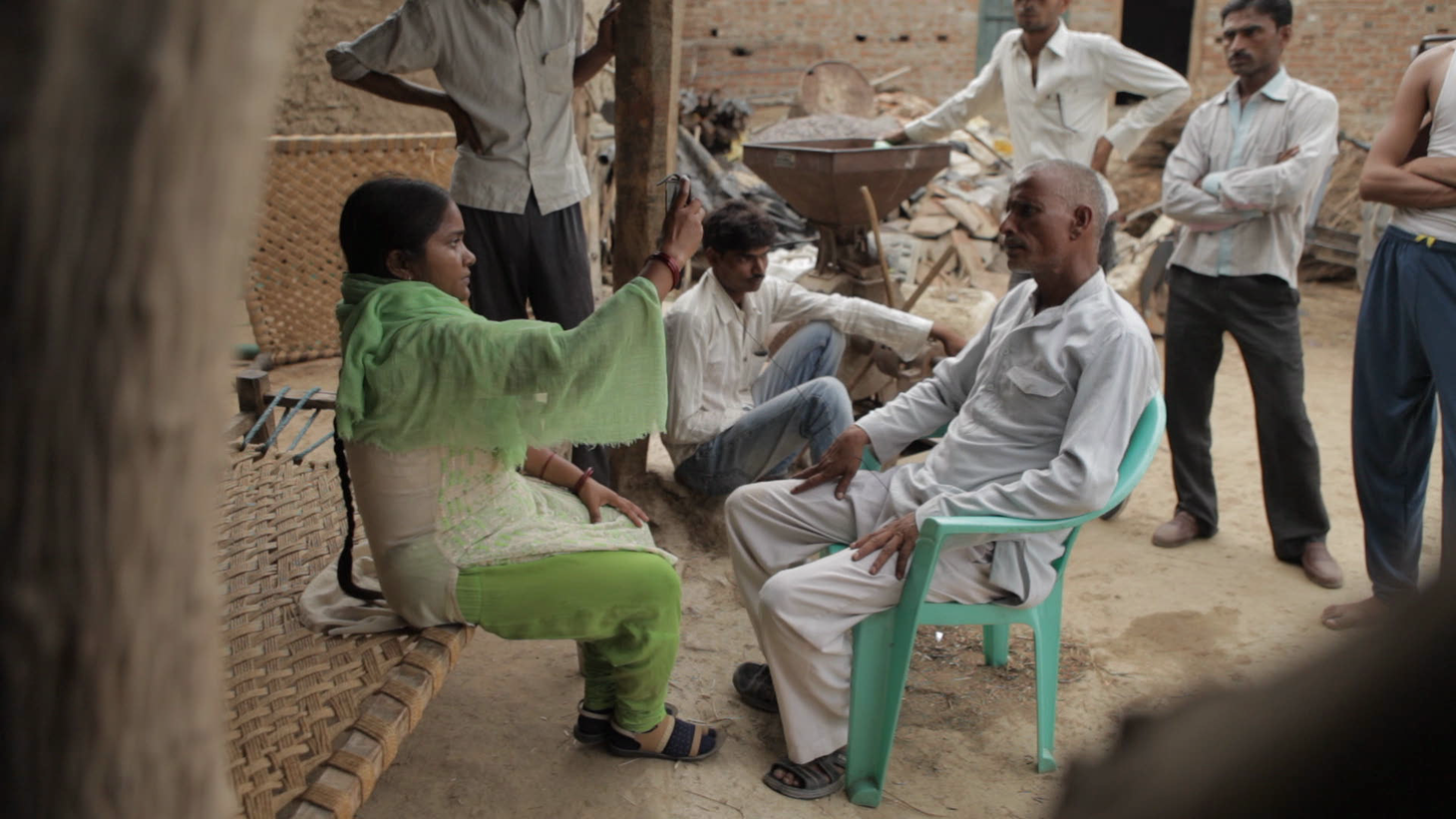 Meera Devi interviews the family member of a victim of an accident at an illegal mine. Courtesy of Black Ticket Films.

In rural northern India, an all-women group has done something extraordinary. For 20 years, they’ve run a newspaper in a part of the country where electricity and indoor plumbing are still scarce, and India’s caste system (a hereditary social hierarchy that can determine how you’ll be treated and what job you’ll have) still reigns.

Most of these women journalists come from the Dalit caste — the “untouchables” or lowest designation. Dalit women face more sexual assaults and gender discrimination than other women. They are often poor and uneducated. And yet, this publication, called Khabar Lahariya (which means “News Wave” in Hindi), is a force to be reckoned with.

Since they moved online, they’ve amassed half a million YouTube subscribers and hundreds of millions of views for their stories. They report on sexual assaults, mining disasters, vigilantism, the rise of Hindu nationalism.

Their story is told in “Writing with Fire,” which is nominated for the Academy Award for Best Documentary Feature. It’s written and directed by husband-and-wife team Rintu Thomas and Sushmit Ghosh.

The paper started when an NGO went into the rural parts of Uttar Pradesh, brought women together, and asked what kind of a newsletter they would create if possible, explains Thomas.

“When the women had access to words and letters, they could articulate their thoughts and really tell their stories in their own language, especially stories that were of no important significance to the mainstream media. …  They question the whole idea of newsworthiness, who exactly counts as a citizen, whose story is considered worthy enough to be reported,” she says. “And the fact that the reporters themselves come from the communities that they report on, [it] has made them a force to be reckoned with. They have a lot of trust.”

In 2016, when the filmmakers met this group, they were expanding into digital, an effort led by Meera Devi, who was the bureau chief. 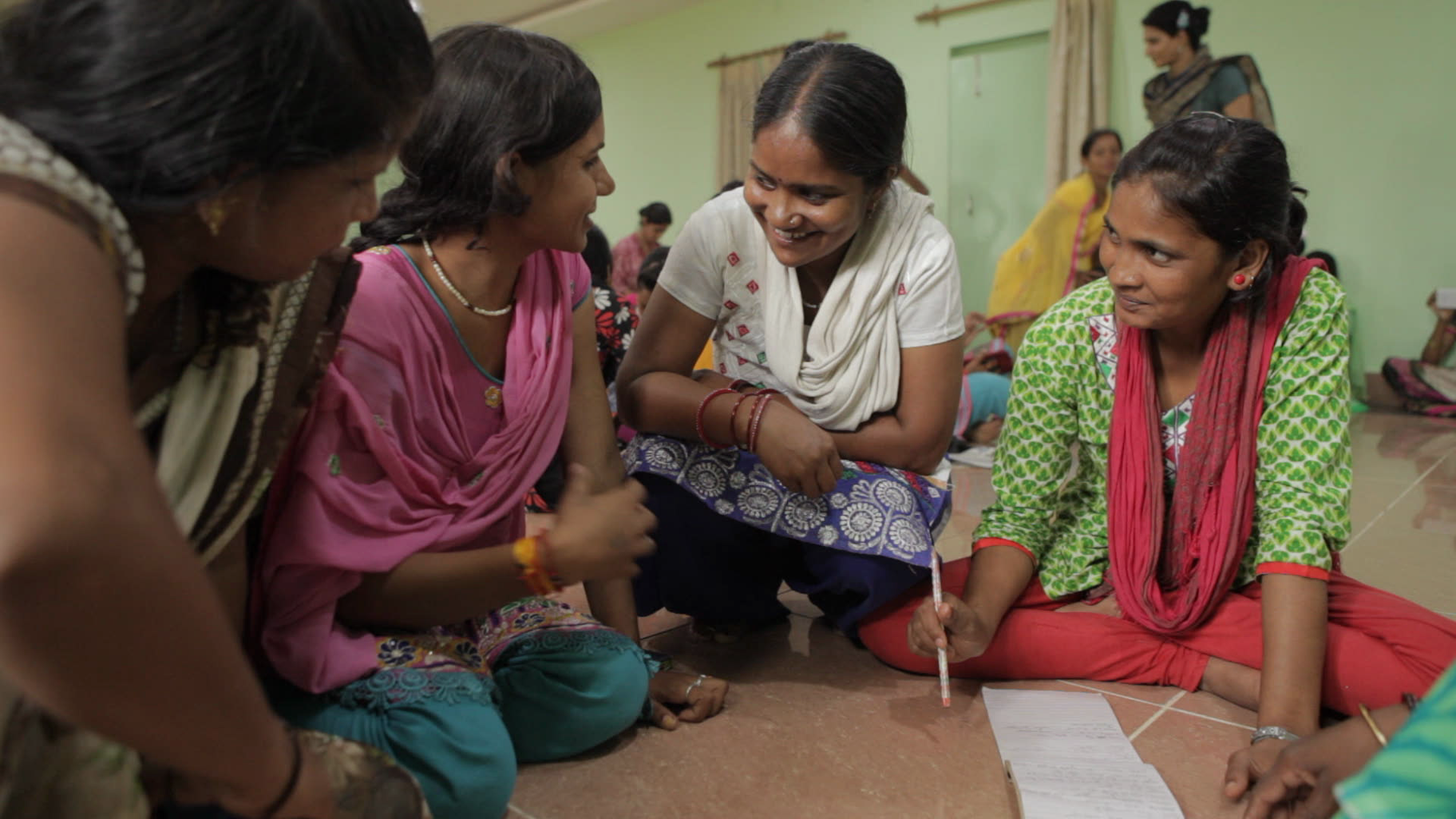 Devi grew up poor, married at age 14 and quickly thereafter gave birth to a baby. Nonetheless, she earned an advanced degree and became the leader of her newspaper.

“In Meera, I see a person for whom impossible is just the beginning, when someone says, ‘You can't do this,’ she says, ‘Okay, fine, let me start.’ … She understands that … empowerment is not a destination, it's something that you need to negotiate on an everyday basis,” says Thomas. “But as the breadwinner of the family, her financial independence gives her the space to make critical decisions about her own daughter's futures now.”

Meanwhile, her husband is still skeptical about the newspaper’s potential. Thomas says he doesn’t show support in obvious ways, and women face extra pressure to succeed if they try to be entrepreneurial.

“For a woman, the pressure is five times. ‘You’re not taking care of the family and choosing to do something that's your own ambition.’ It's viewed through that lens,” she explains. 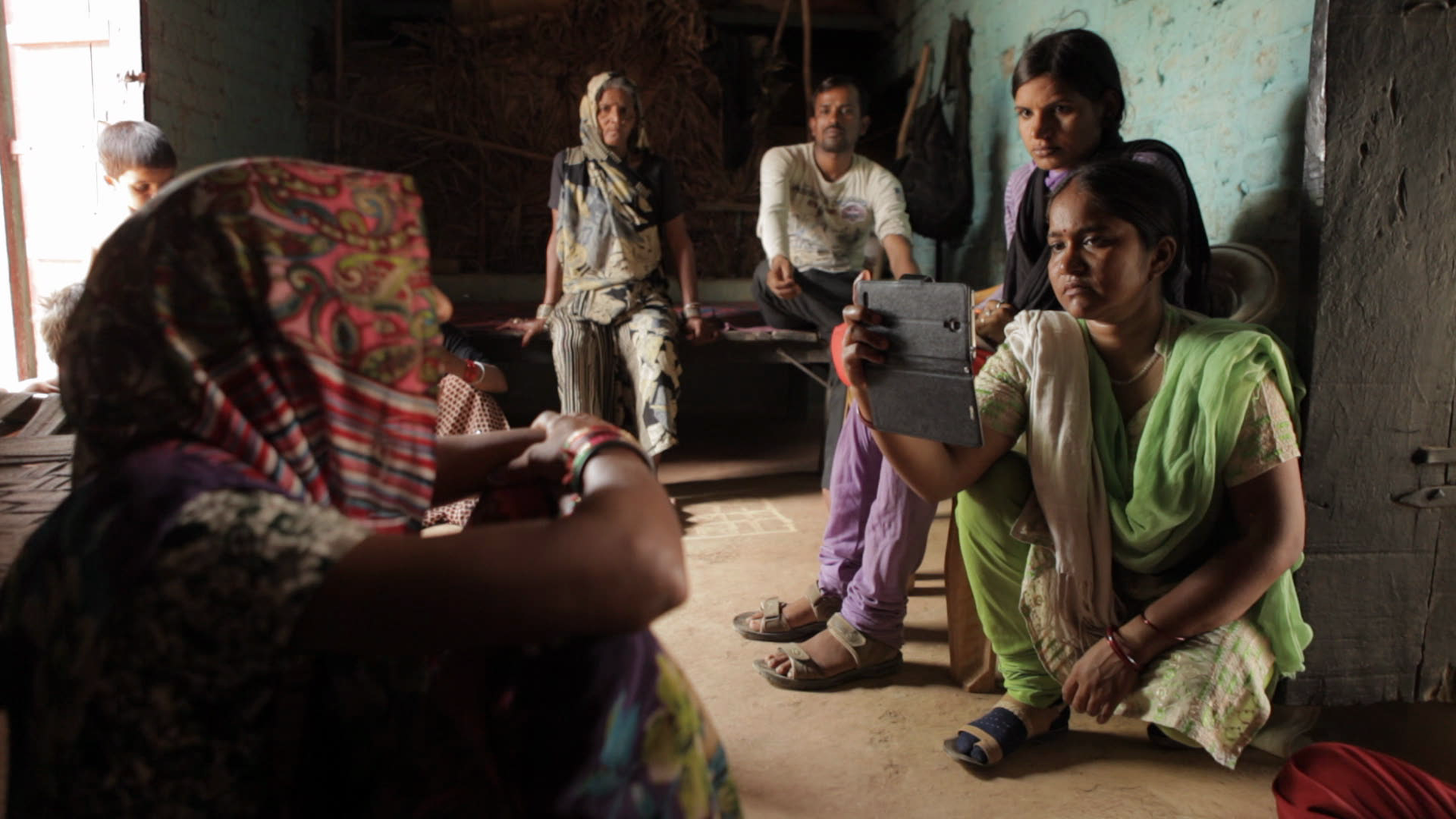 Meera Devi and Suneeta Prajapati interview the family of a survivor. Courtesy of Black Ticket Films.

Another woman featured in “Writing with Fire” is Suneeta Prajapati, a reporter who covers an illegal mine, where she used to work. When the filmmakers began shooting, she was one of the youngest reporters in the group, but she was the only one who challenged leadership on moving to digital, says Ghosh.

“We discovered someone who was very vocal about her feelings, would not hold back, not shy, [would] revel in this sense of identity and power that journalism brought to her … and her way of challenging patriarchy was to essentially find smart ways of building allyship within the system,” he says. “So she is the one journalist who on the ground is friends with the policeman, is friends with the politicians, is friends with the mafia, and that allowed her access, as a crime journalist, into all of these very dangerous and peculiar beats.” 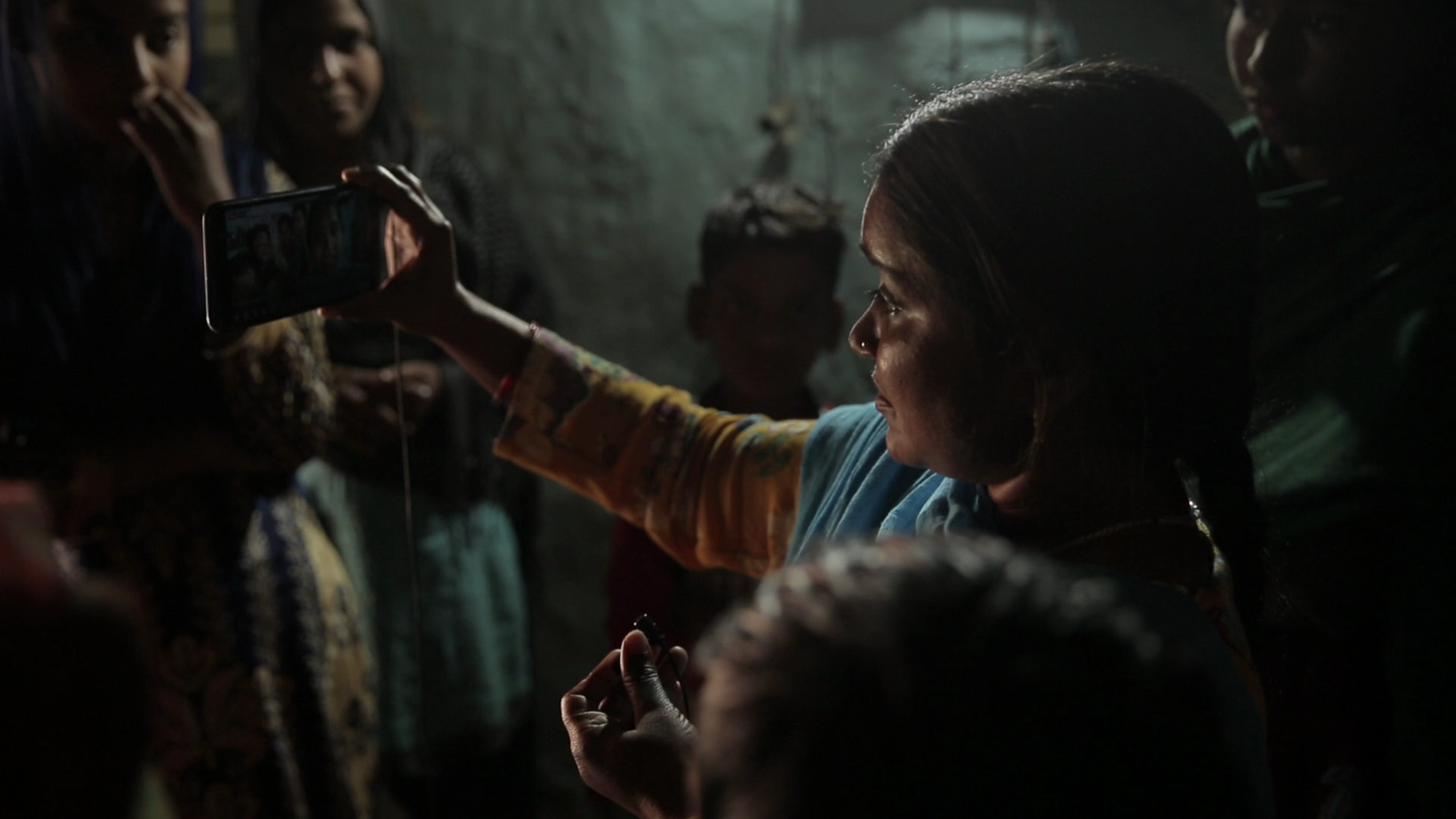 How personally safe is it for these women to report on crime, corruption, mining disasters, and sexual assault? Ghosh says these women are at the bottom of India’s socioeconomic hierarchy, and Devi once told him, “These are problems you're facing right now. But these are problems that we and our generations before us have continued to face. And in a sense, it's in our DNA to be able to find smart ways to respond to the social obstacles that we are a part of.”

He says with the global rise of populism, this film is vital right now: “It essentially is a moral compass for what journalism can be and should be. And while it is difficult and challenging for them, the fact that the women continue to grow and expand their work speaks volumes about how popular they are in the region that they're operating.” 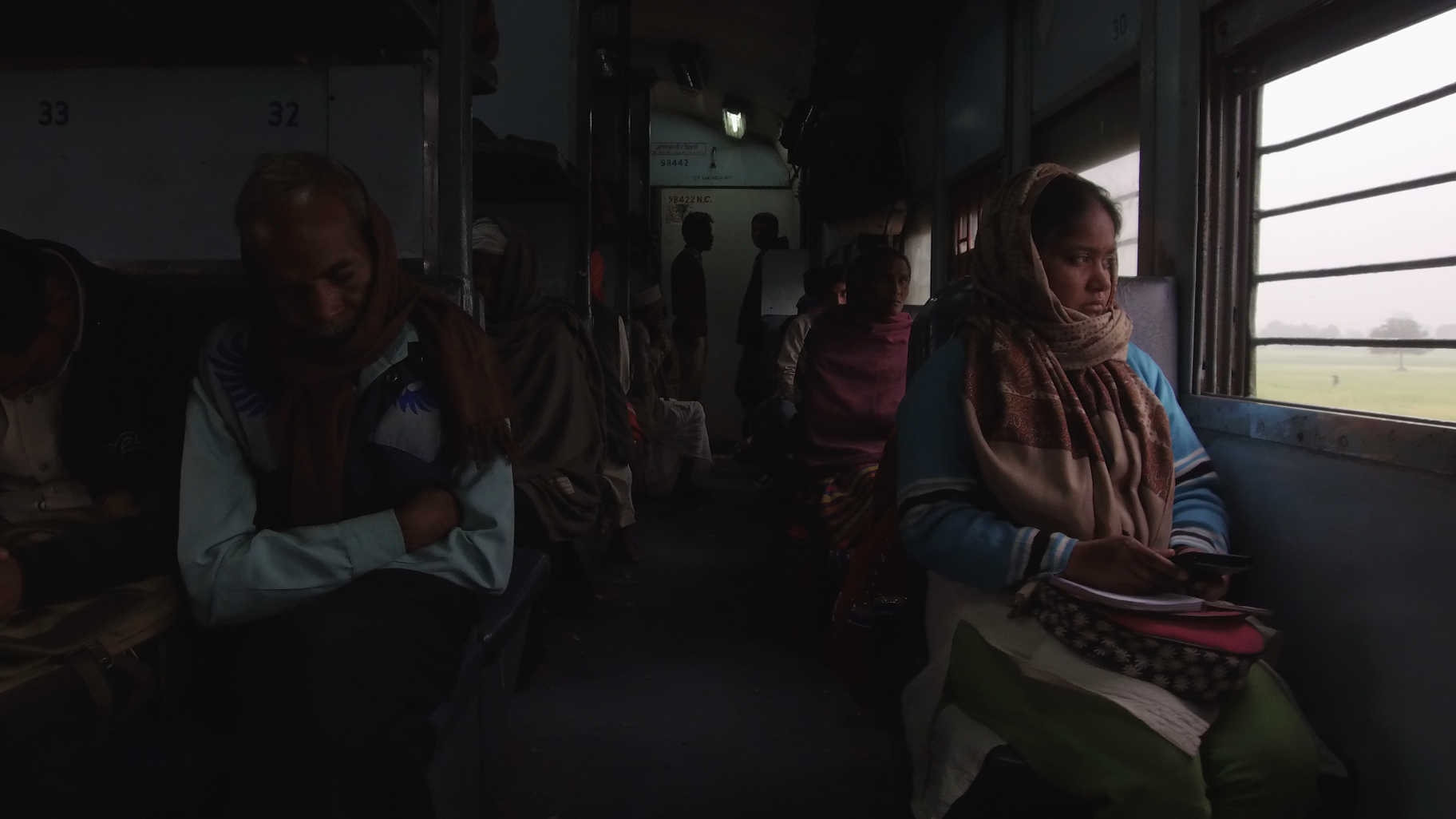 Meera Devi travels in a train to reach the village for her reporting on an illegal mine. Courtesy of Black Ticket Films.

As COVID spikes in Europe and Asia, here’s how to prep for possible new surge in LA

For 20 years in rural northern India, an all-women group has run an increasingly popular news outlet called Khabar Lahariya. Most of them come from the Dalit caste, which is...

‘Master’ is intelligent combo of ‘Get Out’ and ‘Dear White People,’ says critic

Marmalade is the art of combining a clear jelly with softened pieces of citrus rind. It all started in Scotland, traditionally made with Seville bitter oranges.