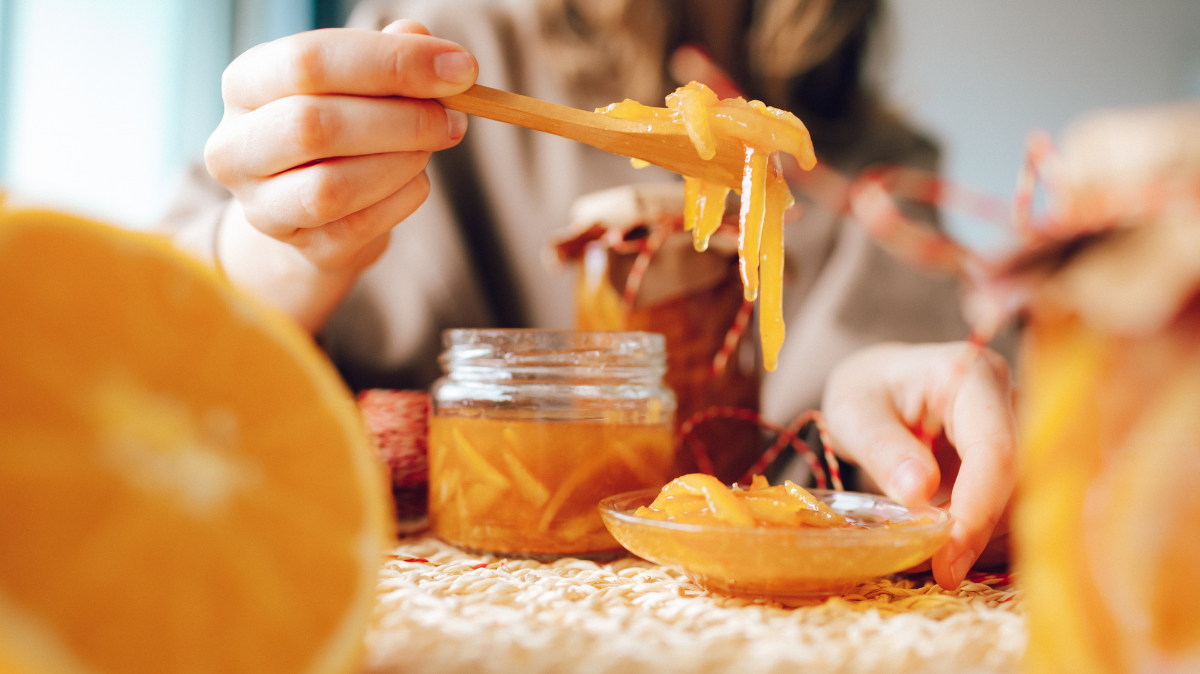 Marmalade preserves the essence of citrus. Photo courtesy of Canva.

What is marmalade if it isn’t jam? It’s definitely not butter, as in peach butter, because it’s not a thick, smooth puree. And preserves are just jam but with bigger pieces. But marmalade is a specific hybrid that combines a clear jelly with preserved pieces of citrus. If it’s not citrus, it’s not marmalade. It’s that combination of flavor and texture of the sweetened, thickened juice of the fruit with the preserved, still slightly bitter peel that combines to make marmalade.

But in Southern California, our deluge of citrus provides much opportunity. I love marmalade of limes or yuzu, the fragrant Japanese citrus. Oro blanco grapefruit makes a lovely marmalade. And you can combine them! As a child, I didn’t get the appeal. It was one of those grown-up flavors, so the bitter tang ensured Mom got the whole stoneware jar of Scottish Dundee to herself.

Despite its northern clime, 18th century Scotland is the origin of the marmalade we know, whose development is attributed to Mrs. Janet Keiller of the town of Dundee. Her husband James, a grocer, bought a Spanish ship’s cargo when it sought refuge from a storm in their port. The cargo contained a large amount of bitter Seville oranges. It’s always good to have an origin legend. The truth is that marmalade already existed in Spain and Portugal from the 15th century, so perhaps she asked the ship’s cook for a recipe.

What’s fascinating about marmalade is that if you try making it with sweeter fruits instead of the traditional Seville bitter oranges, you can get a bland result. That’s because the sweeter the insides, the less aromatic the essential oils are in the rind. But according to LA Times Cooking Columnist Ben Mims, it is possible to make good marmalade from sweet oranges, and if you don’t love the uber bitter traditional preserves, this might be a good first step for you. 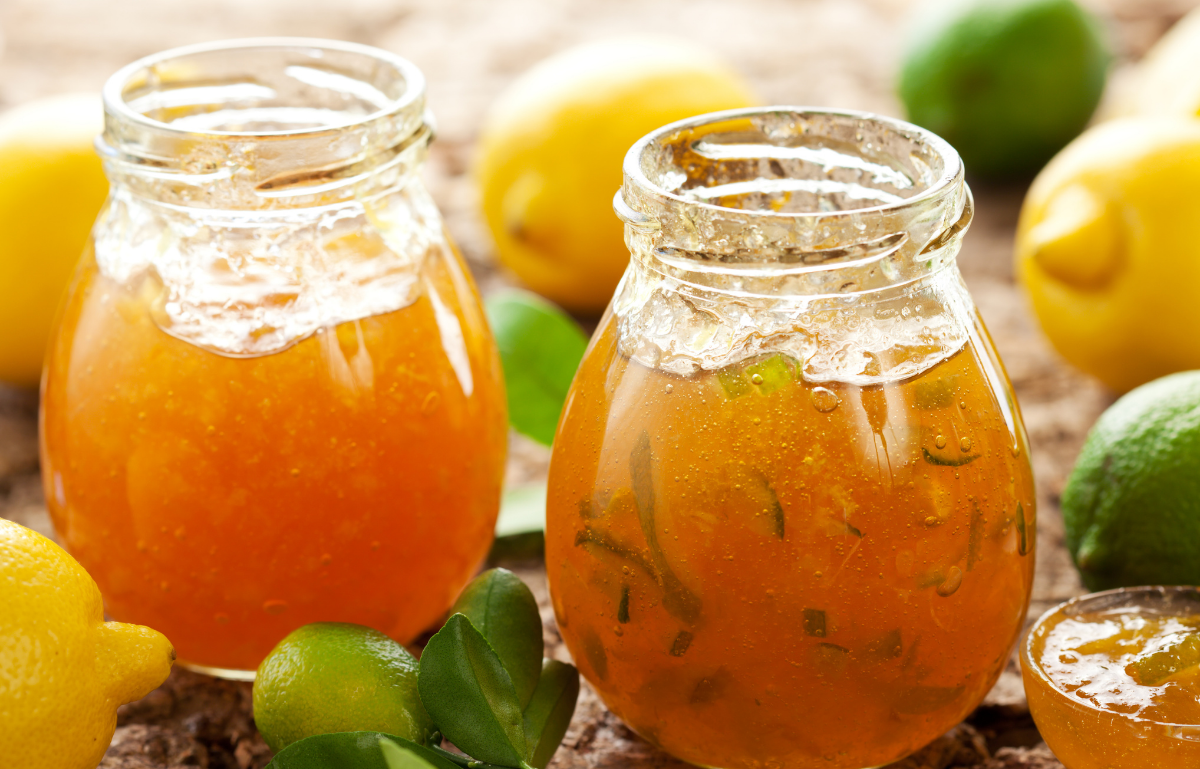 Marmalade can be made with a combination of citrus like this lemon-lime example. Photo courtesy of Canva.

Making marmalade is a project. It takes time broken up between juicing the fruit, boiling the peel and letting it macerate for development of pectin, to scraping the white pith off the peel, to cutting, then boiling the peel in the juice and soaking liquid, then putting it into bottles. But you can buy it!

And once you have a jar or two, there are many ways to consume marmalade besides a healthy dollop atop a buttered piece of toast. I always buy plain yogurt, so if I want a bit of sweetness, I’ll spoon in a teaspoon or so of marmalade into a cup. I also love it on simple vanilla ice cream, or if I’m after complex pure fruity sweetness, I’ll lick and nibble it like spoon sweets found throughout the Balkans, Greece, Albania, Kosovo and Cyprus. These thick preserved fruits are served with an ice cold glass of water and a spoon. You lick then sip. Because marmalade has the peel It’s satisfying to nibble and is quite refreshing, satisfying that need for pure sweets. Of course you can also use marmalade atop a lemon, lime or orange curd tart, or spooned over a piece of dense plain cheesecake. Once you stop thinking of it like jam on toast, the world of eating opportunities opens up.

As for where to find it in Southern California, I look at farmers’ markets for either farms that are making it as a value-added product to sell, or small batch makers who may be selling at markets. Cheese shops are always a great source of fine artisan preserves of all kinds. Local small batch artisans I know have some on hand now are: Lemon Bird Preserves has a Seville orange marmalade in their online shop now; M. Greenwood has a lemon-ginger marmalade and a spicy orange marmalade; Laura Ann’s Jams has a three-pack of the different kinds she makes. You can find Dundee online or at Bristol Farms.

As COVID spikes in Europe and Asia, here’s how to prep for possible new surge in LA

For 20 years in rural northern India, an all-women group has run an increasingly popular news outlet called Khabar Lahariya. Most of them come from the Dalit caste, which is...

‘Master’ is intelligent combo of ‘Get Out’ and ‘Dear White People,’ says critic

Marmalade is the art of combining a clear jelly with softened pieces of citrus rind. It all started in Scotland, traditionally made with Seville bitter oranges.