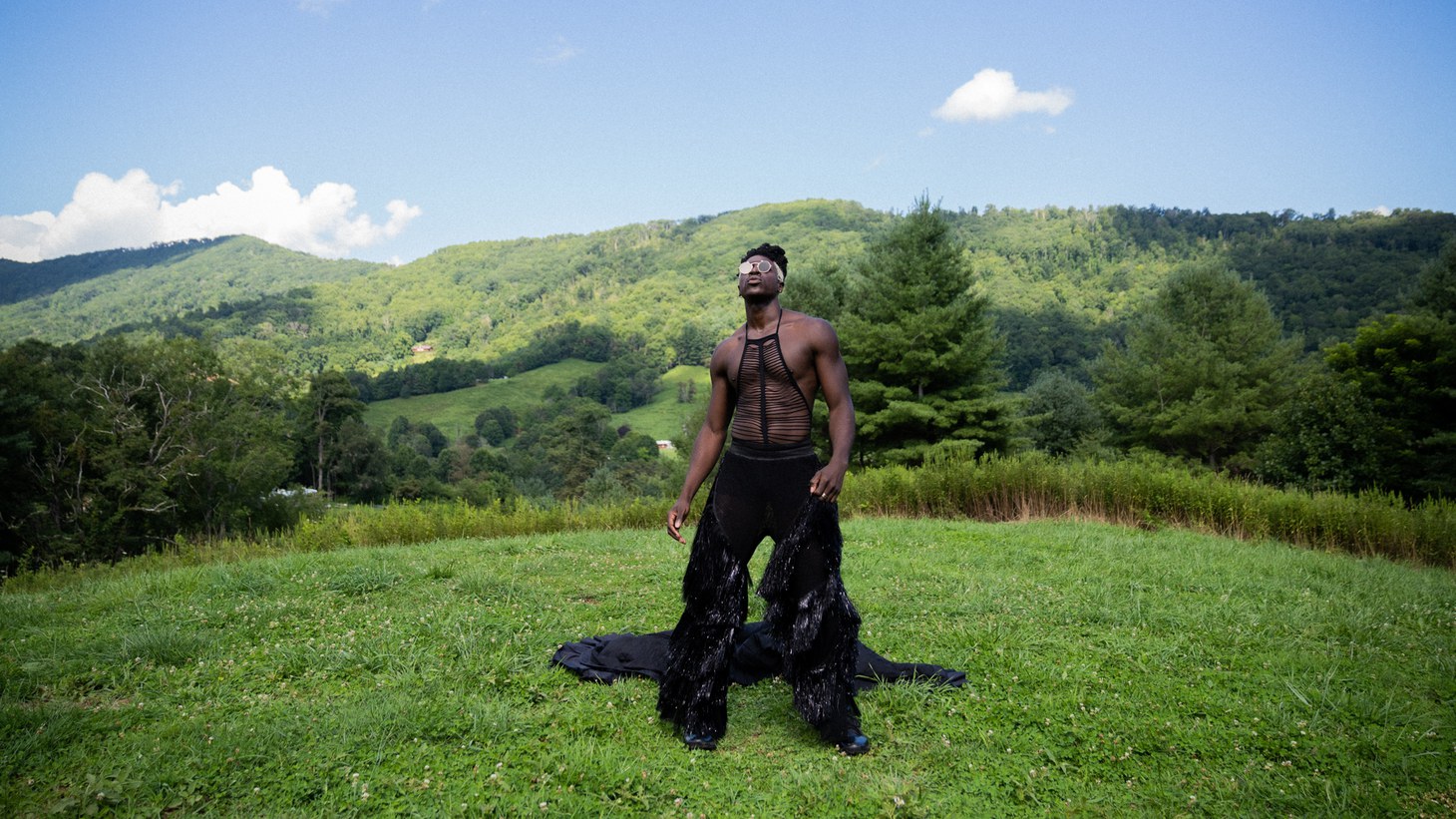 While living in LA, multiple record labels wanted to make Moses Sumney the next pop star. But he says, "I never even thought I could be a pop star myself. I was just like, 'I want to make art.’” Photo credit: Spencer Kelly.

When Moses Sumney released his double album “græ” in early 2020, the pandemic was new, and he couldn’t tour, perform in-person, or celebrate with fans. So he recorded his concert “Blackalachia” in the Blue Ridge Mountains, outside his home in Asheville, North Carolina. The singer was dressed in glittering couture and surrounded by nature, with crickets chirping in between songs, and the sound of wind moving through trees.

Sumney grew up between Southern California and Accra, Ghana. While attending UCLA for creative writing, he became a fixture of the local indie music scene and was offered multiple record deals with major labels. But he turned them all down and eventually moved to Asheville to make music his own way.