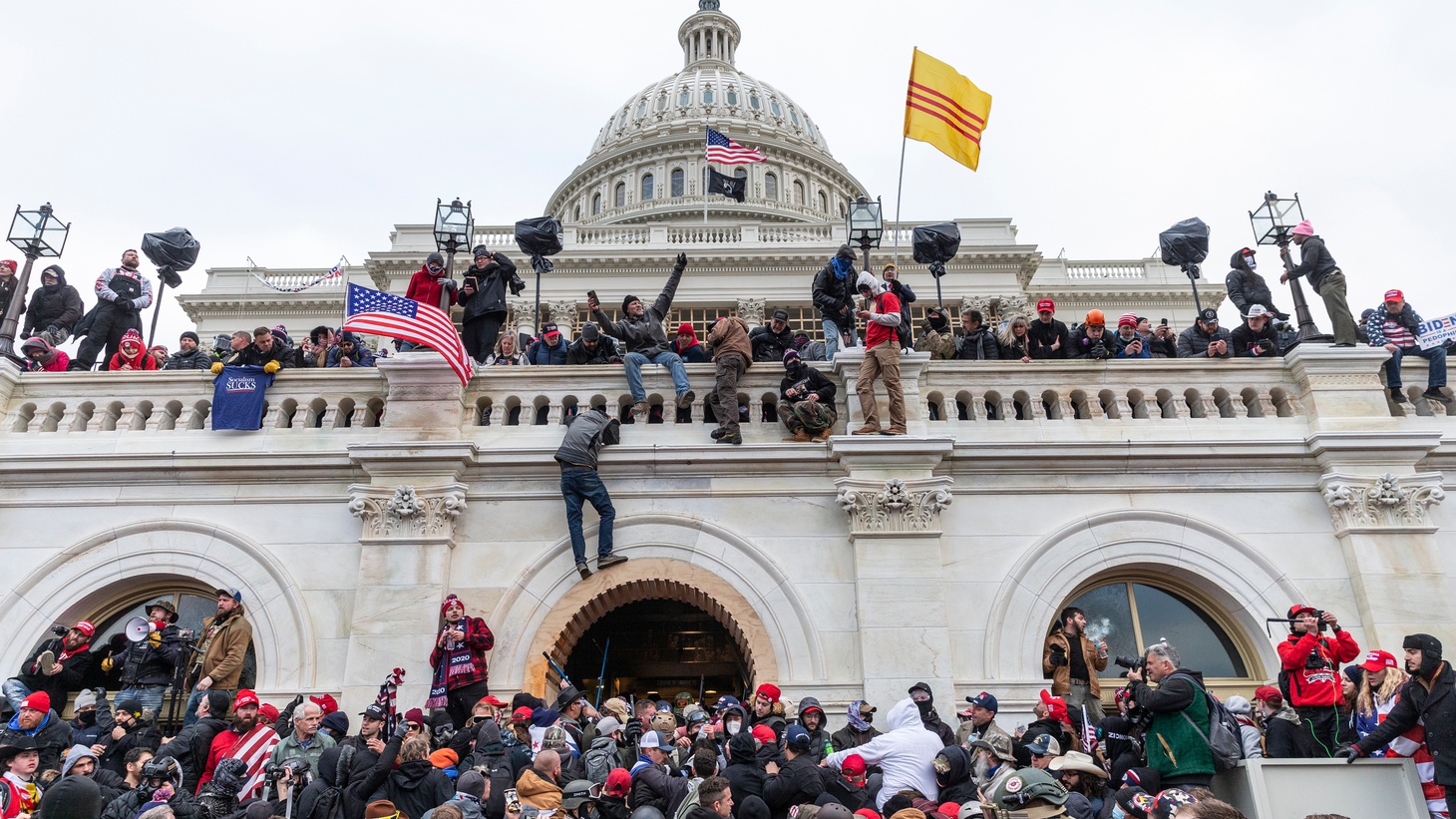 Rioters scale a wall of the U.S. Capitol on January 6, 2021. Photo by Shutterstock.

This week marks the one-year anniversary of the January 6 insurrection on the U.S. Capitol. In the time since, the U.S. House committee investigating what happened has conducted hundreds of interviews, and dozens of people have been sentenced for their role in the insurrection. The committee has held former White House Chief of Staff Mark Meadows and MAGA architect Steve Bannon in contempt of Congress. Mississippi Democratic Congressman Bennie Thompson chairs the commission, and says he still won’t rule out recommending criminal charges for former President Donald Trump.