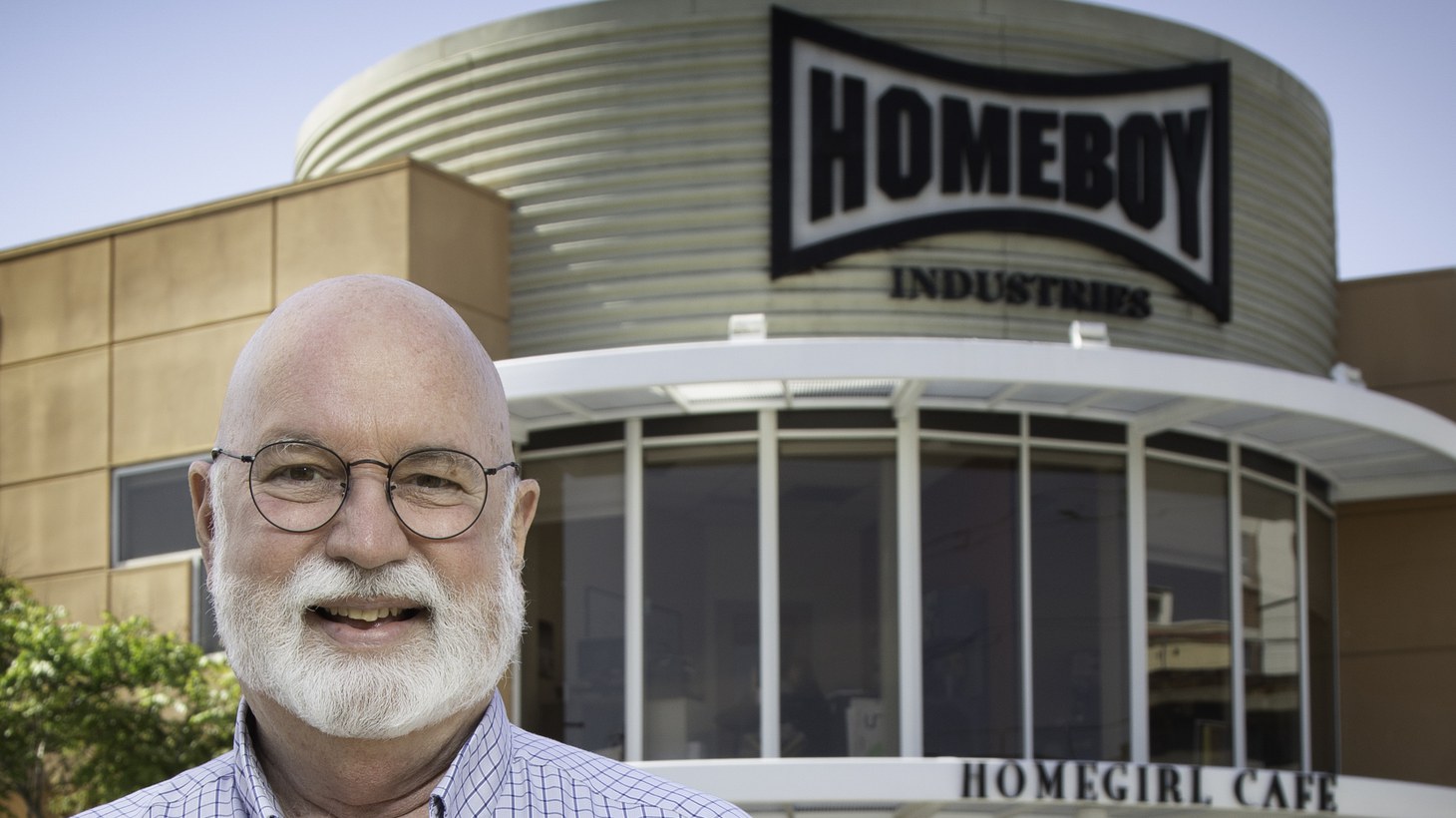 “Everyone walks into Homeboy barricaded behind a wall of shame and disgrace, and the only thing that can really scale that wall is tenderness,” says Father Gregory Boyle. Photo by Eddie Ruvalcaba.

When Father Gregory Boyle became the pastor of Dolores Mission Church in Boyle Heights in 1988, LA was described as the gang capital of the world. His parish was at the center of it, experiencing driveby shootings, assaults, and robberies. Young men were incarcerated for decades.

Father Boyle has written a new book about fighting the despair that comes with poverty and violence. It’s called “The Whole Language: The Power of Extravagant Tenderness.”

His book’s name comes from a story about an Uzbek man who was part of a Latino gang. He called his mom every night at a local payphone in Russian, and was described as speaking “the whole language.”

“I thought, what if we spoke the whole language, which for me is a mystical sense of seeing the world, seeing each other, loving people into wholeness, and somehow understanding the entirety of people having reverence for the complexity of the human person,” Boyle tells KCRW. “Especially in the times in which we live where we're so tribal and divided, here's a way for us to speak a different language that's fluent in tenderness and compassionate understanding.”

While it can be difficult to view someone with “extravagant tenderness,” Boyle says it’s about looking beyond their behavior and at the person at their core.

“The homies have taught me this over 37 years. Find the thorn underneath … which is to say, don't be tripped up by behavior,” he explains. “You don't want to get toppled by what people say, do, [or] how they act out. The essential starting point [is that] we are all unshakably good.”

He adds, “Then you can say, ‘What is the language of that behavior? What does it indicate? What is it telling us? And then you're not toppled by it in this sense of morality, which has really never helped us very much if we're honest. Morality has never kept us moral. It's just kept us from each other.”

Boyle that morality’s roots in religion and its use of controlling people through fear has hurt society at large.

“We had this notion of morality and sin and staying within the lines. Maybe it worked, but it never helped. It never led people to be more loving. It led them to be fearful,” he says. “If you present a different notion, for example, a god who's too busy loving us to have any time left for anything else, suddenly, once you know the god of love, you fire all the other gods and then you become a loving person. Somebody who knows his true self and loving — nobody needs to tell that person the difference between right and wrong.” 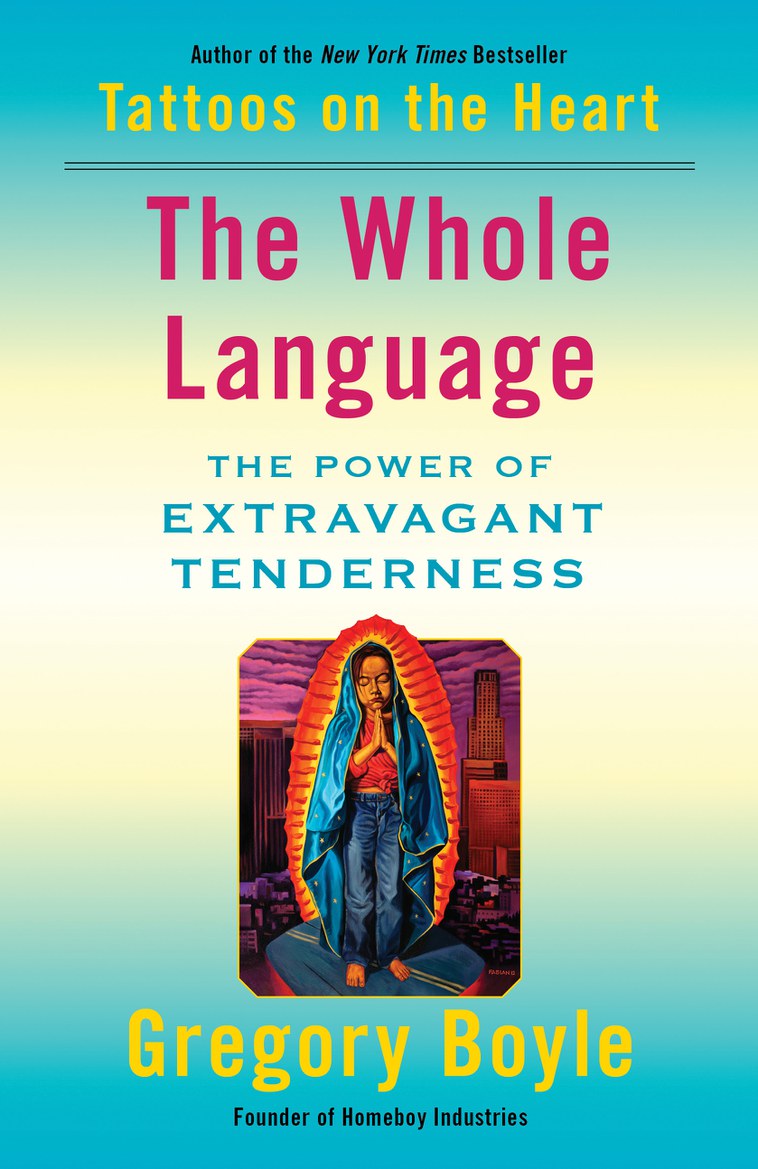 A safe place is how Boyle describes Homeboy Industries  — a place where the despondent can come to to find nourishment.

“If it's true that the traumatized are likely to cause trauma, then it's equally true that the cherished will be able to find their way to the joy there is in cherishing themselves and others. And so everyone walks into Homeboy barricaded behind a wall of shame and disgrace, and the only thing that can really scale that wall is tenderness.”

During the 18 months that many people spend with Homeboy Industries, Boyle says they discover their true selves and are exactly how God intended to make them.

Boyle adds that people who’ve experienced Homeboy Industries have a lower rate of reoffending. “Once people know who they really are, they really do find that the only joy there is in life is finding your true self in loving. And people can come to that, even when they've done horrible things. And this is why I stand in awe at what the homies have had to carry, rather than in judgment of how they carry it. … I would not have survived a single day of the childhoods of any of the folks I write about.”

He adds that there’s hope in everyone’s ability to heal. “Healing is always relational. And how do we walk each other into relational wholeness? You do it by paying attention and by listening and by allowing yourself to be reached by people. It's not about drawing lines, but erasing them. And so you have to be in the vicinity of each other. You have to extend yourself to people, you have to reach out. And it works.”