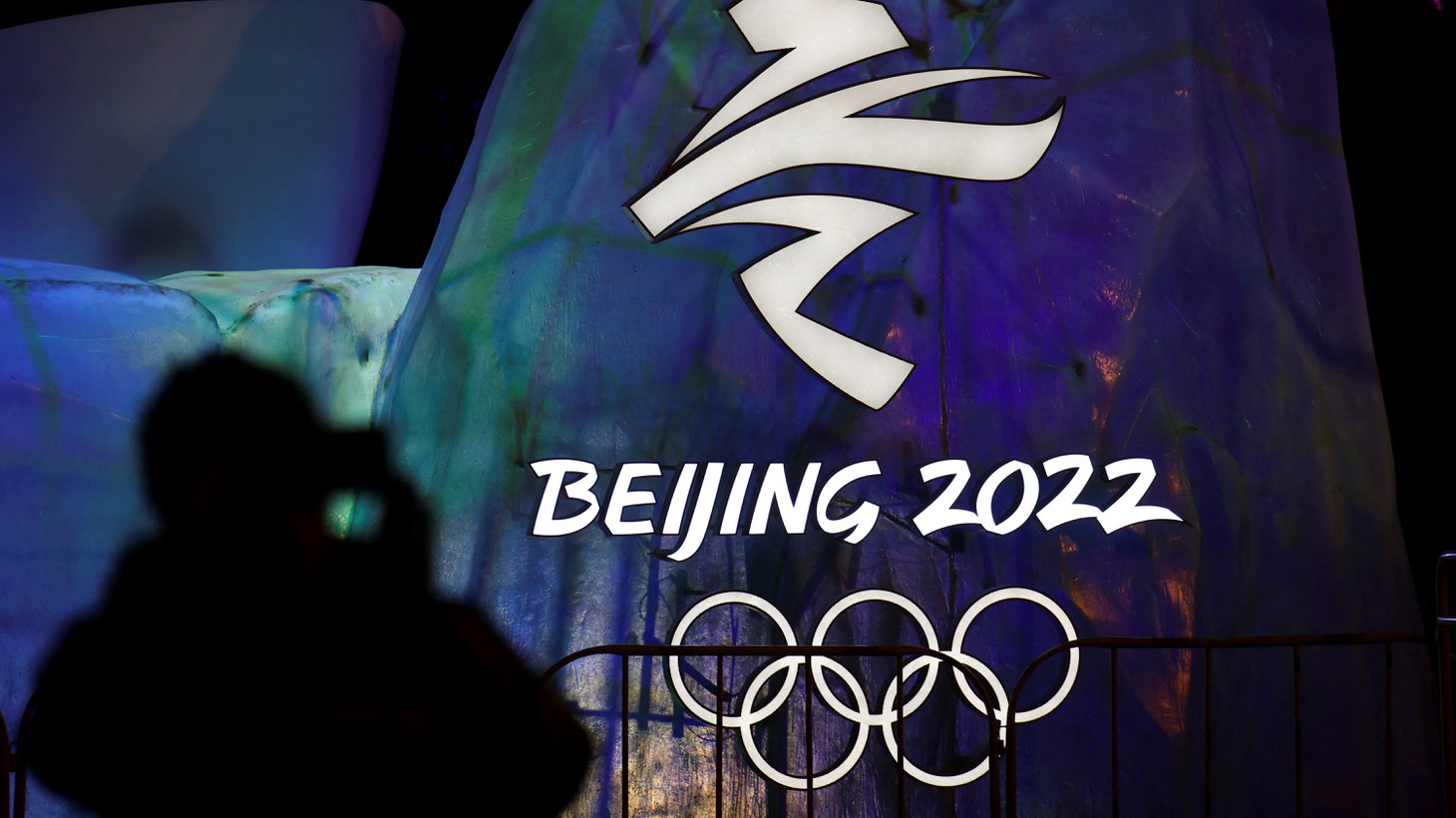 A man photographs an illuminated logo ahead of the 2022 Winter Olympics in Beijing, China, January 26, 2022. Photo by REUTERS/Fabrizio Bensch.

The 2022 Winter Olympics kick off next week in Beijing. The country of 1.4 billion people has managed to keep the highly contagious disease mostly at bay since it first broke out in Wuhan two years ago. It did that by imposing some of the strictest policies in the world — ordering lockdowns for entire cities, mandating regular testing, and tracking it all through a government cell phone app.

Heading into the Olympics, the government has shut down parts of Beijing after a few dozen positive cases.

“The weight of this is falling mostly on low-income people in China who are undergoing multiple quarantines, missing jobs, often losing jobs, unable to see their families because of quarantines,” she says.

To prevent another COVID outbreak, Feng says the country is using a so-called “closed loop” to avoid outside contact.

Feng says Olympic attendees enter the country on specially chartered flights, and are then escorted through a designated terminal where they are greeted with PCR and antibody tests. They are then transported in special vehicles to their assigned hotels and facilities, which are fenced off from Chinese residents with sheet metal and chicken wire.

“The idea is you'll have 13,000 journalists and athletes coming from other countries, but they're going to remain in these spaces that are — in some cases — literally walled off from the rest of the Chinese population,” Feng says. “There's no contact between international guests and Chinese residents who could contract COVID.”

Some hospitals are included in the closed loops, with medical staff prepared to treat positive cases. People will be tested every day for seven days. Athletes will be allowed to compete as long as they have tested negative six hours before their event.

Meanwhile, Chinese residents do not have access to Pfizer or Moderna’s vaccines, as the country is trying to develop its own mRNA vaccine. China’s current vaccines, made by Sinovac and Sinopharm, have been shown to be less effective against preventing infection from the Omicron variant, according to researchers from Hong Kong.

As for Olympic staff, they’ve been on-site for the last two weeks and will stay for the entire competition. Some are even there for the Paralympics in March as well.

Their choice of uniform for the next two months: a full hazmat suit.

“Many of them feel ambivalent about going into the loop,” Feng says. “They feel like they have enough health measures to keep them safe. But they're not excited either, which is understandable. This is just their job.”