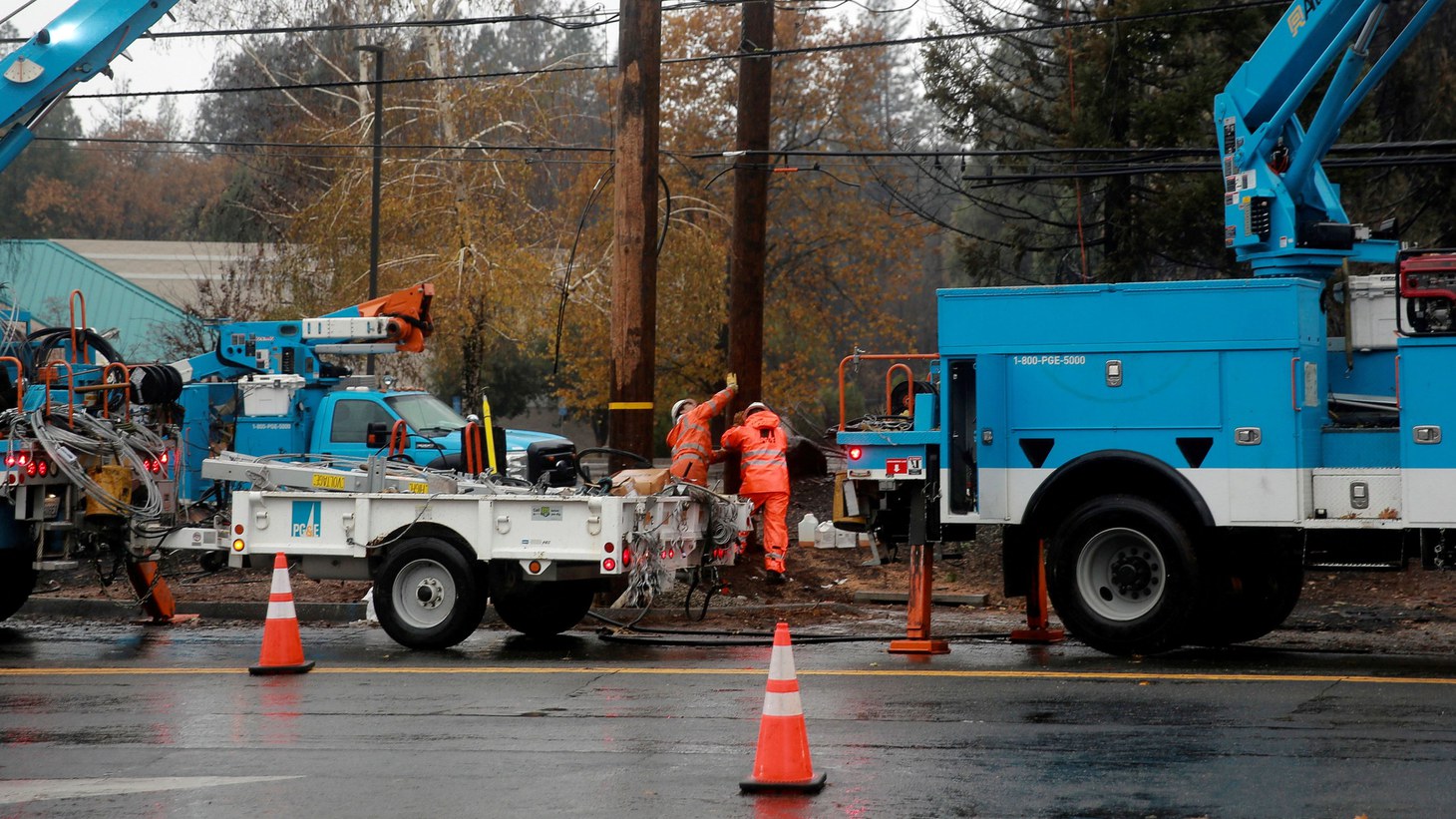 To ease pressure on California’s power grid, the Diablo Canyon Nuclear Plant will stay open until at least 2030, thanks to a bill recently signed by Gov. Gavin Newsom. The state is loaning PG&E more than $1 billion to keep the plant running. The same company’s equipment sparked the 2018 Camp Fire, the most devastating wildfire in California’s history.

PG&E ultimately pled guilty to 84 counts of involuntary manslaughter, one for each person who died in the Camp Fire.

In “California Burning: The Fall of Pacific Gas and Electric – and What It Means for America's Power Grid,” Wall Street Journal reporter Katherine Blunt examines the utility company and the investigation that secured that guilty plea.

“The company had reduced the thoroughness and frequency of its inspections over time, so that over the last 20 years or so, they were inspecting the wires in a way … [that] didn't get a close look at these tiny pieces of hardware,” Blunt explains of PG&E.

She says that months after the Camp Fire, PG&E inspected all of its equipment in high-threat fire zones and found thousands of hazards. It apologized and said it’d work to fix them permanently.

“Something that's remarkable about this situation is the company really didn't have any records on this particular tiny hook that failed it. It couldn't say for sure just how old it was. It made an educated guess based on some materials that it found. But the original documents supporting this asset were long gone,” Blunt explains.

Since pleading guilty to manslaughter, PG&E has emerged from a complex bankruptcy, and it’s committed to burying thousands of miles of power lines underground. That task will take years, Blunt points out.

“The company is estimated to cost $20 billion. They say they can drive costs down over time. But they're only really just getting started on this. So in the meantime, they have to keep doing everything else, making sure that trees are the appropriate distance from the wires, so that they don't come into contact with the lines and ignite fires. They have to continually do inspections of the overhead system, make replacements. So it's an enormous amount of work. It's a lot to manage. And the risk of wildfire, unfortunately, will never be zero.” 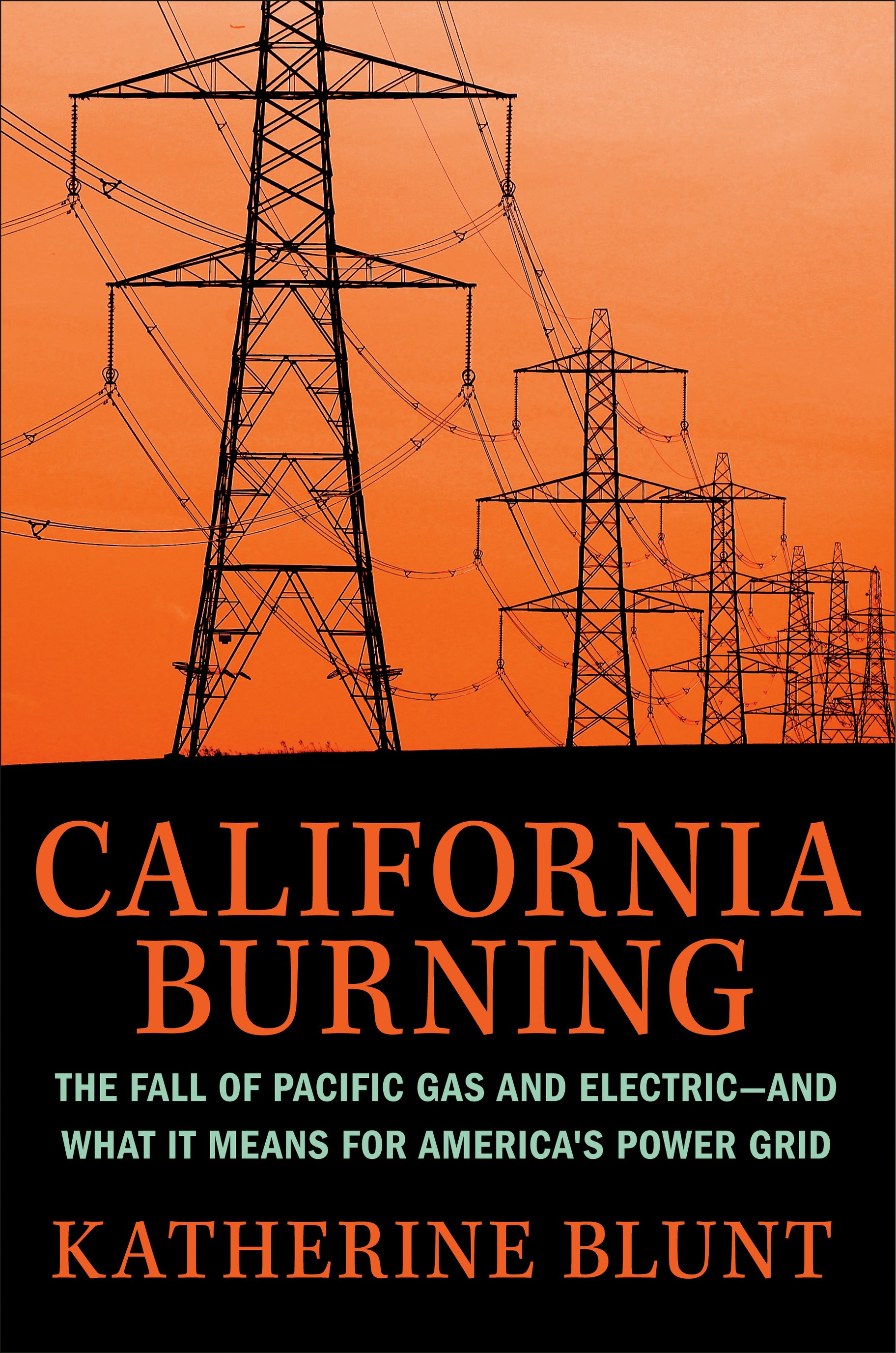 “Something that's remarkable about this situation is the company really didn't have any records on this particular tiny hook that failed it. It couldn't say for sure just how old it was. It made an educated guess based on some materials that it found. But the original documents supporting this asset were long gone,” Katherine Blunt says of PG&E. Credit: Portfolio / Penguin Randomhouse.

She says that with climate change — which brings more intense heat waves, droughts, hurricanes, and blizzards — utilities nationwide must confront what these new risks will mean for their systems.

“As these events become more severe, if it results in catastrophic failure of the system, perhaps you don't have another Paradise, but you do have a prolonged power outage that creates a lot of inconveniences or worse for customers that really rely on electricity. So it's an urgent problem. And it's a really relevant one for not just people in California, but for across the country.”