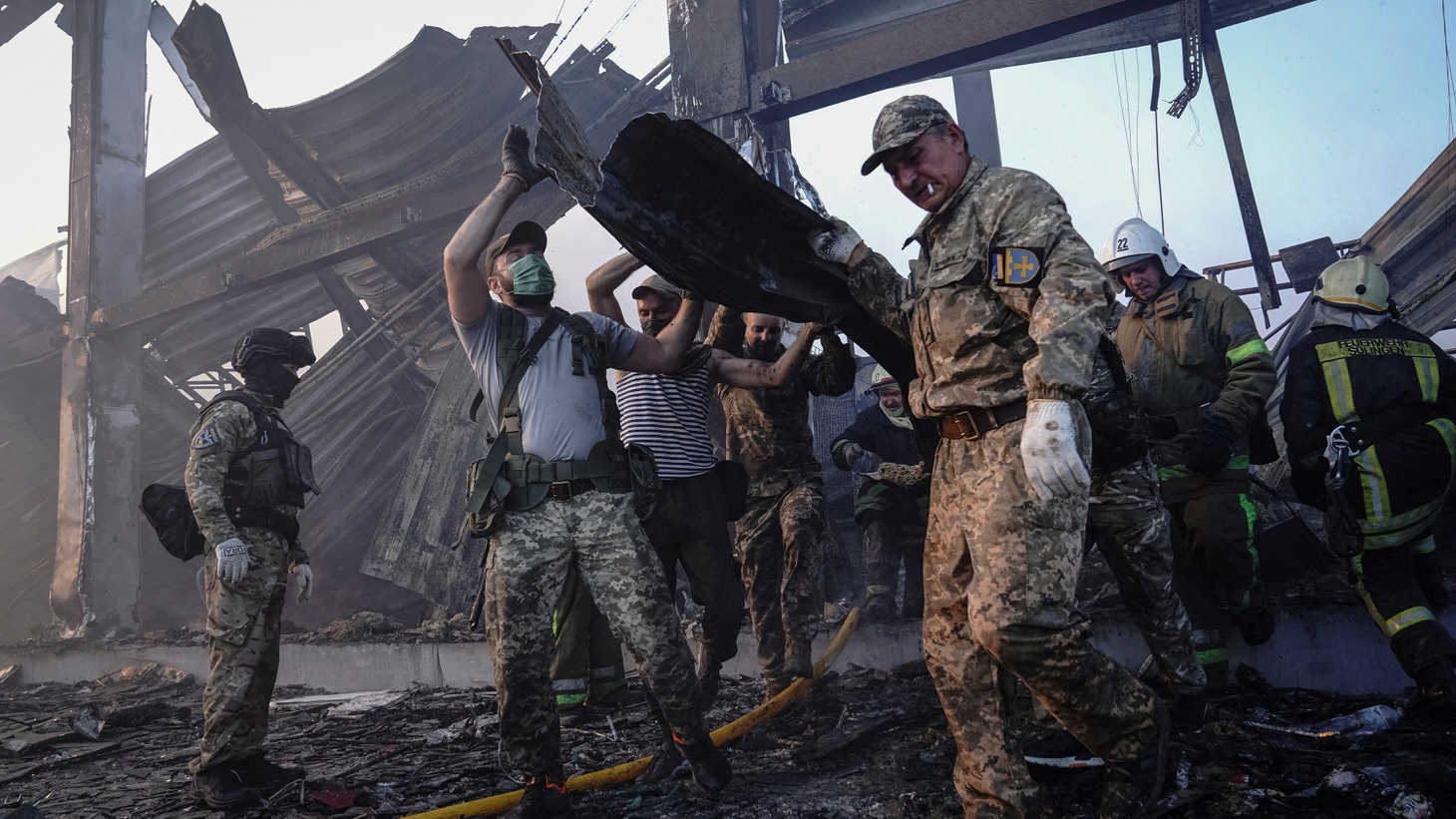 Rescuers work at the site of a shopping mall hit by a Russian missile strike as Russia's attack on Ukraine continues, in Kremenchuk, Ukraine. Photo by REUTERS/Anna Voitenko.

President Joe Biden will meet with G7 leaders in Europe this week. While the Western leaders have committed to support Ukraine in its war with Russia for “as long as it takes, it’s not clear how long the support will last as the war enters its fifth month? The optimism of the early days when Ukraine’s president Volodymyr Zelensky rallied his people to push back on the invasion has been overtaken by pessimism in some capitals.

Russia has continued its attack on the neighboring country, including a missile strike on Monday that killed at least 20 in a shopping mall. Russia says it was targeting weapons and ammunition that came from the West, while Zelensky says the attack was an act of terrorism.