German director Werner Herzog has written, produced, and directed more than 70 films, including “Grizzly Man,” “Fitzcarraldo,” and “Nosferatu.” His new documentary, “Meeting Gorbachev,” is based on three long interviews with Mikhail Gorbachev, whose policies reunified Germany in 1990. Gorbachev was the last man to run the Soviet Union, and he was instrumental in breaking it up. He implemented free market programs and loosened state control. Herzog’s film portrays 87-year-old Gorbachev as a somewhat tragic figure. Blamed for the loss of the Soviet Union, Gorbachev is lonely and has big regrets. 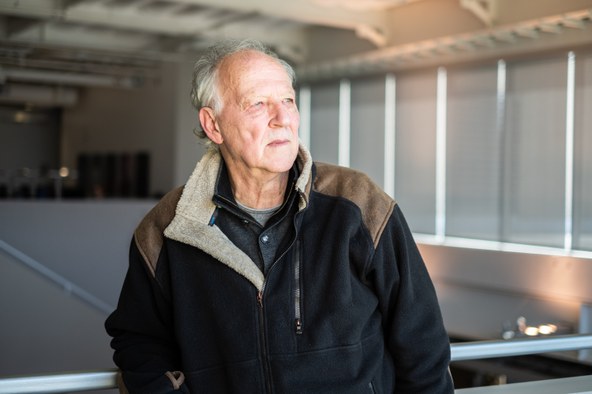 Werner Herzog on documenting the last leader of the Soviet Union

Attorney General William Barr was supposed to testify in front of the House Judiciary Committee today; but on Wednesday night, he said he’d be a no show. Barr did testify in...

Dogs can get blood transfusions, and there are two dog blood banks in California. But kind of like “The Handmaid’s Tale,” only select dogs are giving blood.

Fire, floods, and pests are biblical nightmares that are now commonplace thanks to climate change. Modern farmers have to adapt.