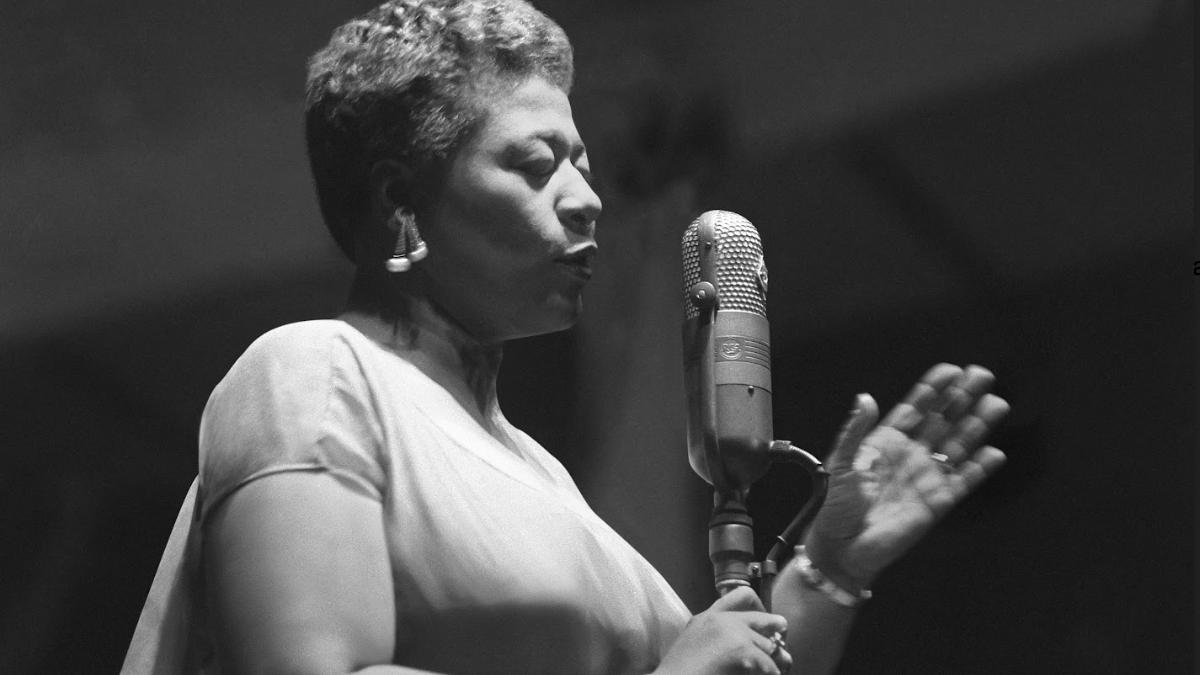 "When we got onstage, she turned into Frank Sinatra. She was hardcore, you better bring it," says Gregg Field, who played in Ella Fitzgerald's band. Photo by Burt Golblatt / CST Images.

He says that offstage, she was generous, sweet, and humble, but onstage, she was intense. “She turned into Frank Sinatra. She was hardcore. You better bring it. [She] never took her foot off the gas. …  We're talking [about] probably the greatest jazz singer of all time. She didn't get there by accident. And she wanted guys that could bring that level of intensity with her.”

Being in the audience at her show, everyone felt like they were “in it together with Ella,” he describes.

“She had kind of a Cheshire grin. She would laugh, and you can almost hear her smiling as she's singing that song. And when she would swing, there's an inherent joy that she would bring. And then if she sang a lyric a little bit on the risque side, she'd giggle and laugh. And it's like we were all together. It was quite remarkable that we experienced very few artists that were able to do that.”

Field notes that this album is an important part of her history because she was at the prime of her talent when she was performing that Hollywood Bowl concert.

“If there's one artist I'm not worried about people listening to in 100 years — I mean clearly, she will be one of a handful of artists that will just decade to decade and year to year, people will find her and discover her. She'll be beloved now and forever,” he says.