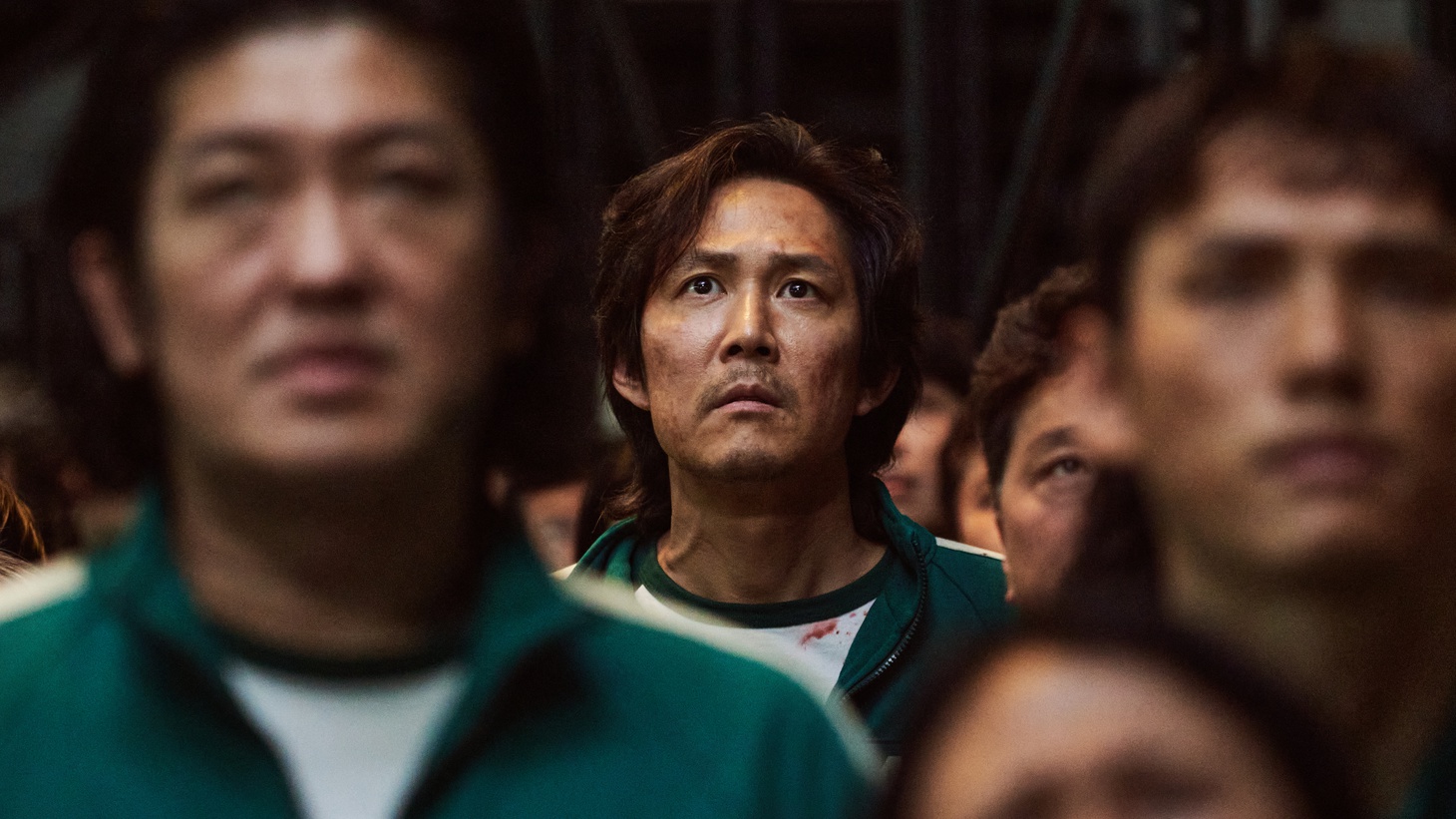 Actor Lee Jung-jae plays Seong Gi-hun, a.k.a. Player 456, in the Netflix hit show “Squid Game.” On his global fame and success, he says, “Wherever I go, people will come to me, and they recognize me. I'm just really joyful.” Photo by Noh Juhan/Netflix.

The South Korean drama revolves around Seong Gi-hun, played by Korean actor Lee Jung-jae, as a poor gambling addict that meets a stranger who offers him a chance to win big money to pay his debts. All he has to do is win a few simple childhood games like Red Light, Green Light. But if he loses, he dies. All the players are financially desperate like Gi-hun, and they play for the amusement of rich men watching.

The show has become so popular that there are plenty of “Squid Game” memes on social media and “Squid Game”-themed parties. The infamous contestant jumpsuit was one of the most popular Halloween costumes last year.

Lee has been a serious actor since the 1990s. His breakout performance was in the movie “An Affair,” which caught the attention of film festivals. He’s gone on to star in some of the biggest blockbusters in Korea, but his lead role in “Squid Game” made him an international star.

“I travel a lot these days, and wherever I go, people will come to me [because] they recognize me. So I'm just really joyful. I'm really happy,” Lee says. 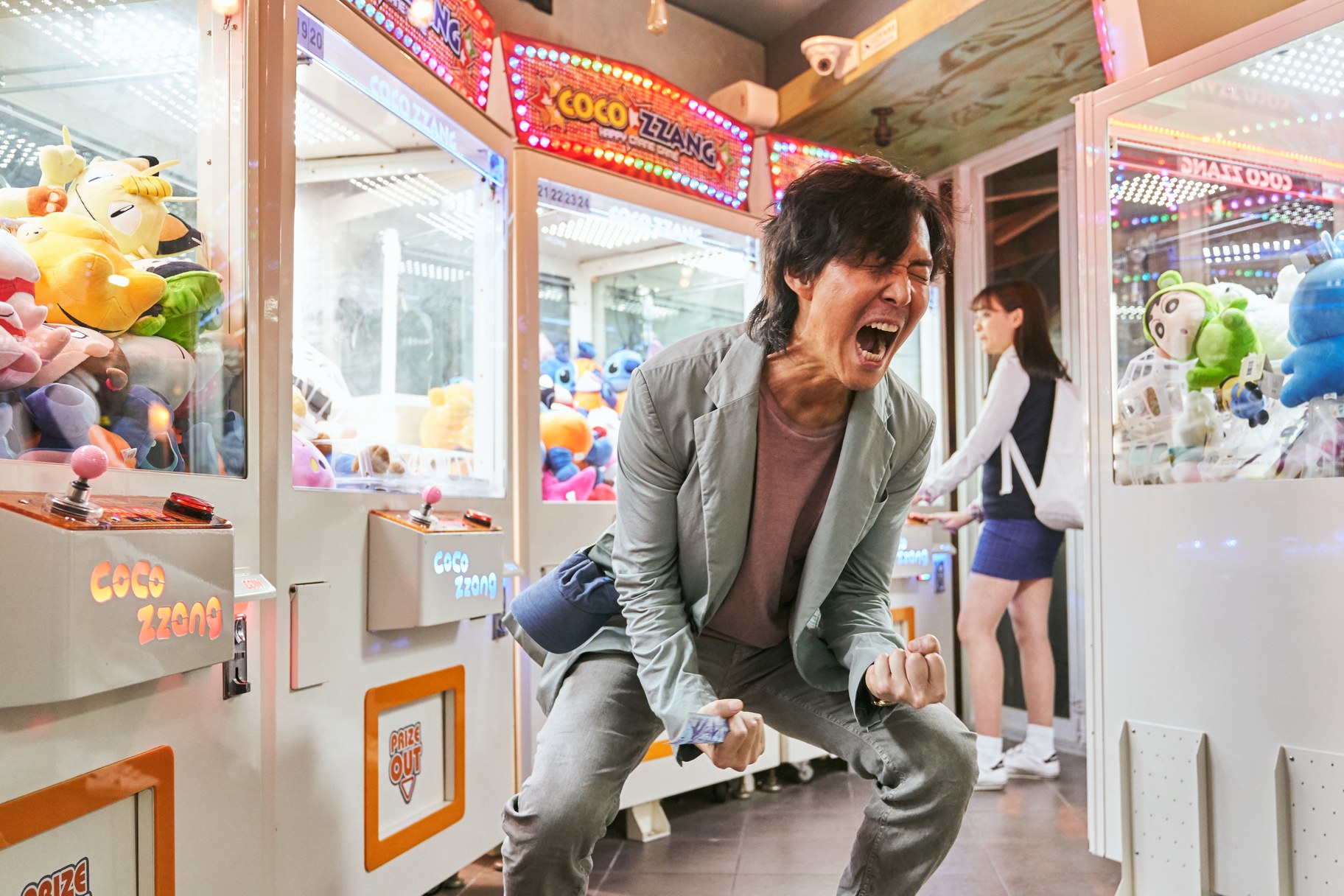 After his success as the lead role of Seong Gi-hun in the Netflix series “Squid Game,” Lee won many awards, including a Screen Actors Guild Award and a People’s Choice Award. Photo by Noh Juhan/Netflix.

Lee believes the relatability of the show makes it a success. “The six games that appear on the show are all very simple childhood games. … It was easy for people to understand how they're played, and they can try them, too. I think that's why a lot of different generations are all enjoying the show.”

Many Koreans have also told Lee that the show sheds light on economic disparity, which resonates with others around the world.

“I think social issues and economic inequality are rampant across the globe. And that is exactly why people resonate with this show because they can see this everywhere,” Lee says.

In the final episode, Gi-hun wins the game. He’s traumatized and miserable after the experience, but he goes back to play the game again.

“[Gi-hun] had this good heart, [and] he didn't want any more scapegoats from the games. That's why he says in the last scene that, ‘We're not raised horses, we don't work for the wealthy, we're not moved by the wealthy.’ I think this line exactly shows what he felt in order to save people from becoming a scapegoat. That's why he turns back and goes back to the game. And personally, I really love the ending,” Lee says.

In season one, Gi-hun wants the prize money, but in season two, Lee says that his character plays the game again to help others survive.

Many people ask Lee when they might get season two, and he tells them that he too is patiently waiting as “Squid Game” creator Hwang Dong-hyuk works on the script.

“Director Hwang is currently and very diligently writing the script. Writing the [script] is making something out of nothing, which means he doesn't even know when he's going to be done writing,” Lee says.