Laverne Cox as Sophia Burset on "Orange is the New Black." Credit: Netflix.

Laverne Cox has earned her third Emmy nomination for her role as Sophia Burset on Netflix's "Orange is the New Black." Sophia is a sassy and spunky hairdresser, trans woman, and former firefighter who's incarcerated for committing credit card fraud to pay for her transition. Through that role, Cox sheds light on real issues around the transgender community and criminal justice.

"Orange is the New Black" just released its seventh and final season. Cox tells Press Play that everything has changed since seven years ago, when she turned 40.

"I was supposed to have achieved a certain set of things and not be in the debt that I was in. And I wasn't supposed to owe back rent and be on a payment plan so I wouldn't be evicted from my apartment… I just was like, 'I think I need to let this acting thing go.' And I decided to go back to graduate school and study something that might make me some money, so I wouldn't be so destitute," she recalls.

Then in fall 2012, she landed a role for "Orange is the New Black." The role isn't just an income generator, but an international platform that she uses to elevate stories of transgender people. 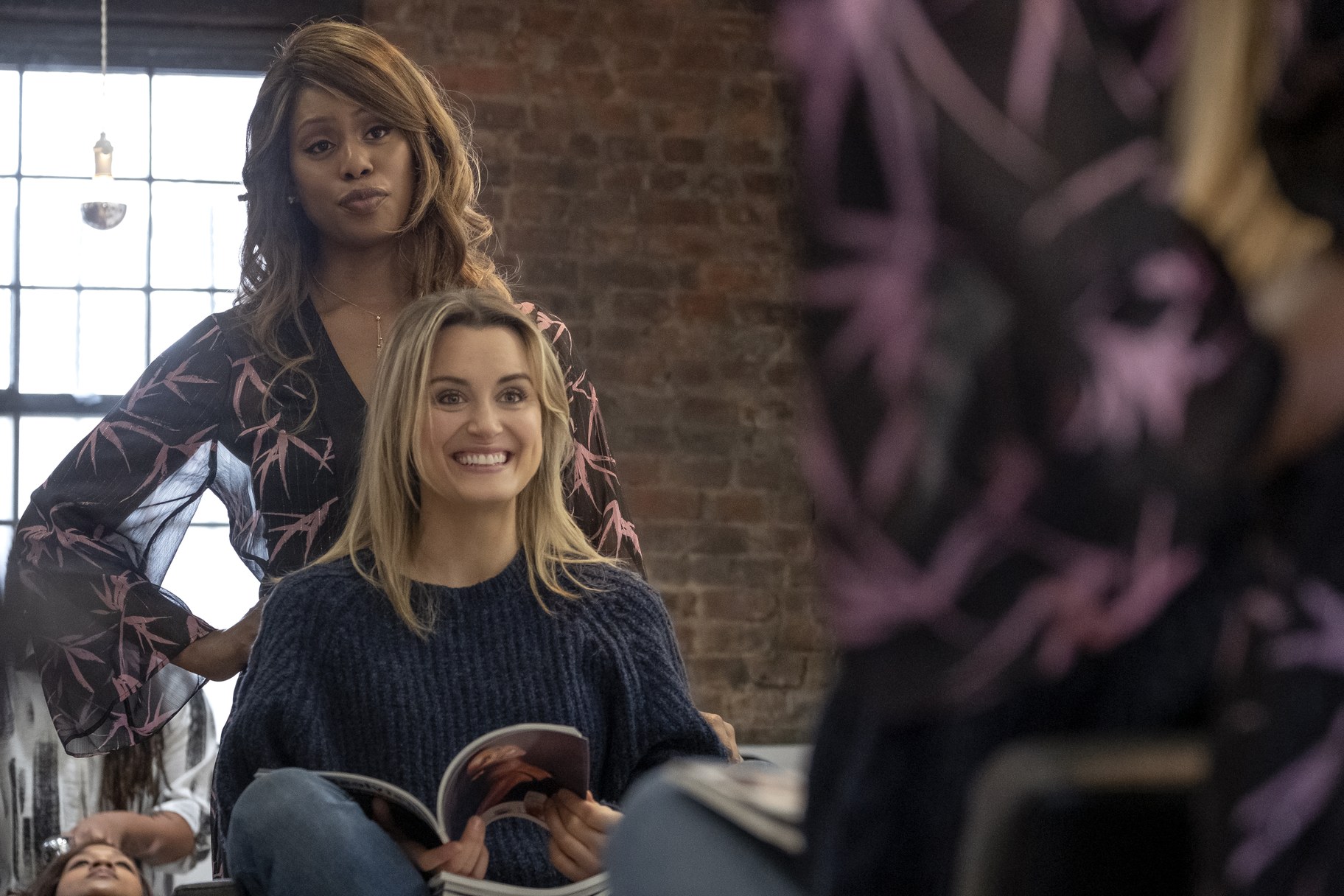 Laverne Cox as Sophia Burset and Taylor Schilling as Piper Chapman on "Orange is the New Black." Credit: Netflix.

Cox says that this is "the best of times and the worst of times" for trans people -- they're getting more media representation, but also more attacks (particularly from the federal government).

"There are a lot of trans folks out there who are not as privileged as I am. And I believe that it is my job, my responsibility… to speak about trans folks who are out there struggling. Speak about policies that are lessening our life chances, to bring awareness to that," she says. "And there are so many things that are going on in the world now that we have to stay woke about. And a lot of the conversations around trans folks are sort of falling by the wayside."

She says trans people are more visible now, and society must engage with that in new ways. "Grappling with trans people's existence calls upon us to question what we think about our own gender, how gender is sort of constructed in our culture. And I think as a result of so much visibility, there's almost always backlash."

Healing from a tough upbringing

Cox grew up in Mobile, Alabama, where she was bullied and attacked by other kids, and felt deep shame. Getting over that is a process, she says.

Citing researcher Brené Brown, Cox says shame substantially dissipates when people share their shame stories to others who have "earned the right to hear it," and when those stories are greeted with empathy.

"Artists, I believe, are arbiters of empathy... It is never my job to be in a space of judgment with any character that I play. And I try to practice that in my life outside of being an artist. And so this space of being an artist and the space of empathy, it's a beautiful space of healing," she says. "So yes, it is way better than it used to be. But it's been a tremendous amount of work, a lot of work, and painful work."