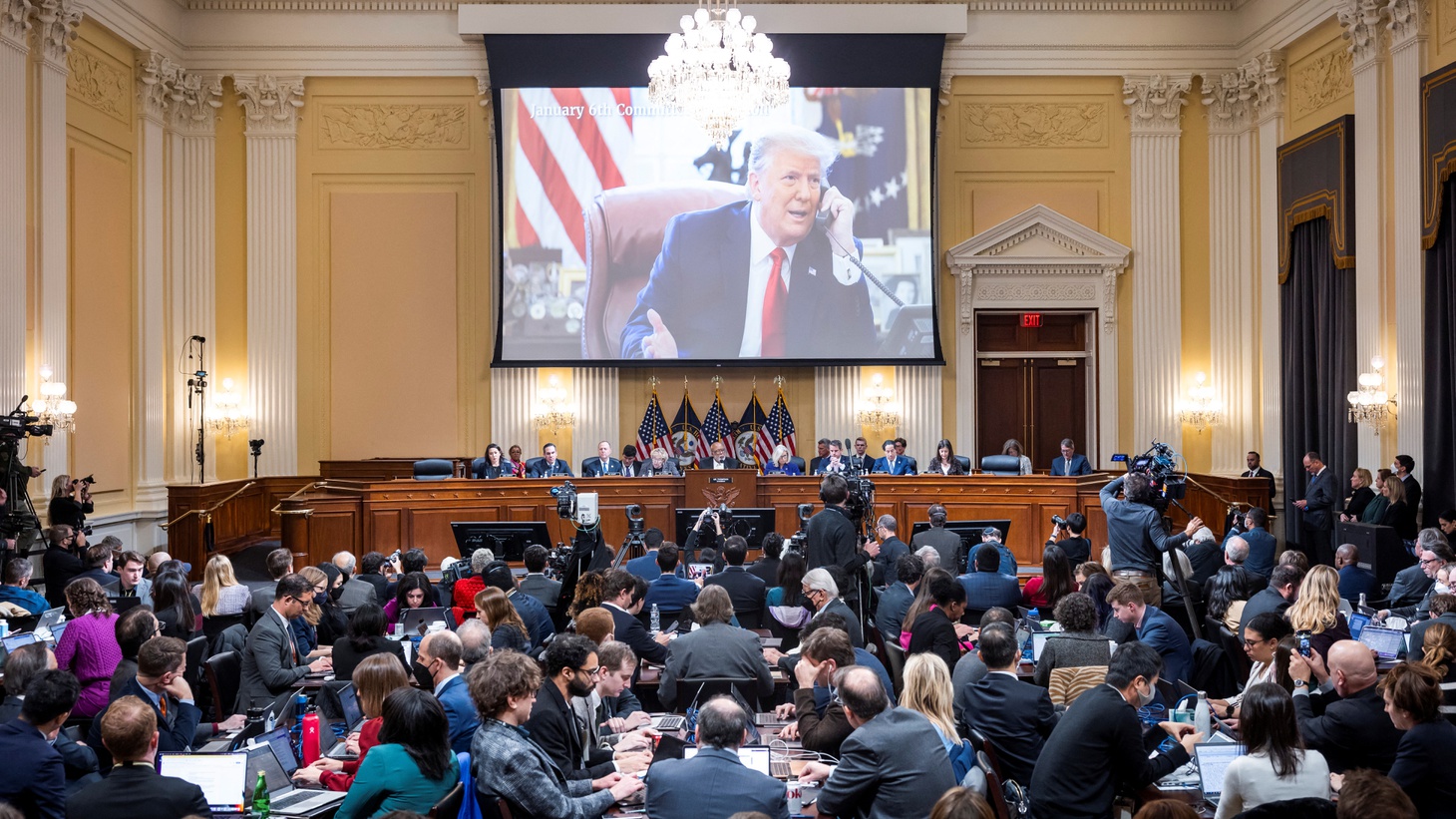 The House’s January 6 committee held its final televised meeting today. They made four criminal referrals to the Department of Justice: inciting insurrection, conspiracy to defraud the United States, obstruction of an act of Congress, and making knowingly and willfully materially false statements to the federal government. The move came two years to the day after Trump tweeted an invitation to a “protest” on January 6, 2021, telling his supporters, “Be there. Will be wild!”

“'Referrals is the key here because this is a House Select Committee. Obviously, they can't go into federal court and prosecute anybody. What they can say to the Department of Justice is ‘we've interviewed thousands of people, we have thousands and thousands of pages of evidence and transcripts, and here's why we think that you can actually go into a court, and prove these charges beyond a reasonable doubt,’” says Jessica Levinson, professor at Loyola Law School.

The criminal referrals now go to an independent counsel with the Department of Justice. They’ll be in charge of parsing through the evidence to make a determination.

“I think [the January 6 committee] ultimately decided for the history books — they couldn't have all of this information and then not refer criminal charges to the Department of Justice. But there's of course this fear that they don't want the Department of Justice to push back and feel like they need to be even more searching, so it doesn't look like they're just bowing to the political pressure of the House Select Committee.”

Levinson says that if Trump is convicted, it’s unclear whether he’d be barred from holding office.