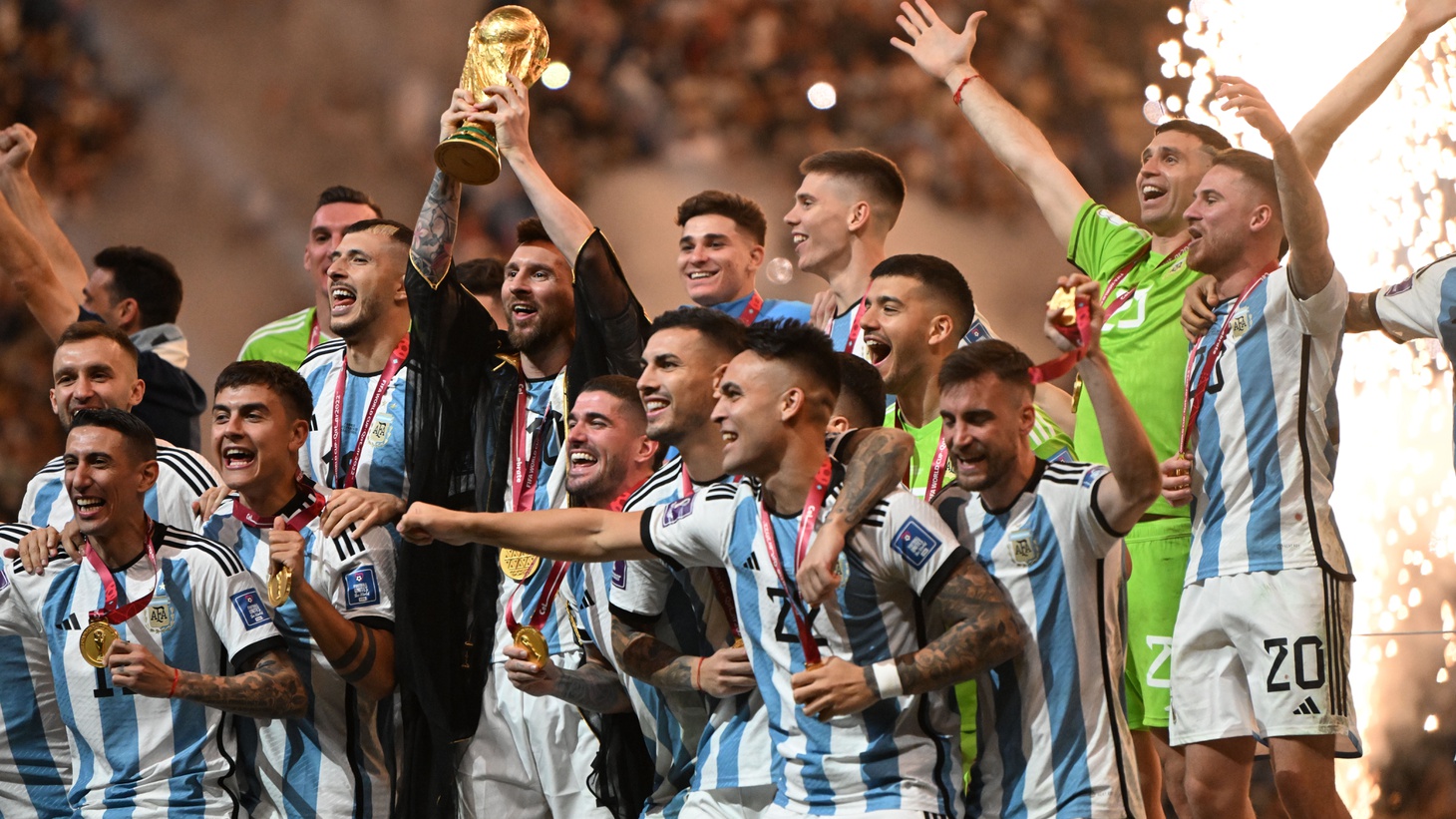 In a nailbiter to the end, Argentina emerged victorious in the FIFA World Cup final — clinching the country’s second win in the international tournament. Lionel Messi delivered the deciding goal when the tied match went into penalty kicks, beating French superstar Kylian Mbappé. Messi got his chance to hold the trophy that has eluded him over his historic career, cementing him as one of the greatest soccer players of all time.

“[Messi has] played the most games ever in the World Cup. To have this crescendo of a moment, you really couldn't have scripted it better,” says Will Leitch, who covers sports as a contributing editor to New York Magazine.

Where does he go from here?

“Messi is doing … in the grand tradition of people playing the European leagues as they get older — they're coming to America to cash in. … It has been widely reported, if not officially confirmed by the league itself, that Lionel Messi will be joining Miami next year in the MLS,” Leitch says. “So if you are a fan of any MLS team around the country, you're going to have the opportunity to watch the World Cup champion and the greatest player — at least of the last 30 years.”

Meanwhile, Mbappé is “just getting started” and is the next generation’s greatest soccer player, Leitch suggests. He won the Golden Boots award, which is given to the player who scores the most during the World Cup.

“We're going to be having debates about him versus Messi over the next 15 years. He's just [an] incredible player. I think it speaks to who he is and how he's able to … get the game … back tied up, but then to have goals and extra time from both sides. It was really remarkable.”

Meanwhile, the women’s World Cup starts next year and will be held in Australia and New Zealand. Leitch says the U.S. Women’s National Team is heavily favored to win, and will include both newcomers and veteran players like Megan Rapinoe.