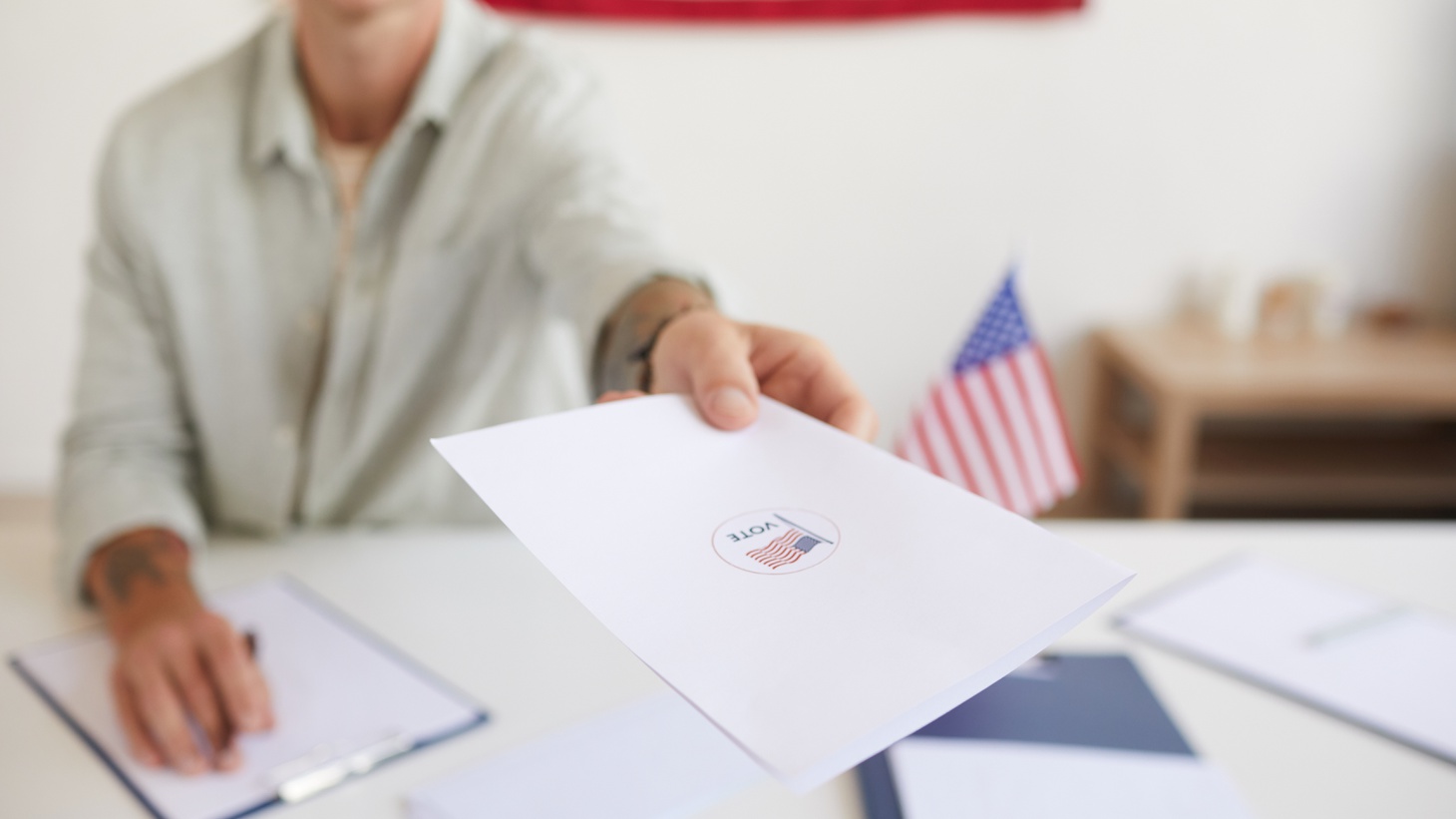 A poll worker hands papers to people while registering voters at a polling station. Photo by Shutterstock.

In an audio recording, a Republican Party operative training prospective election workers in Michigan repeats the false claim that fraud happened in the 2020 presidential election. He says the goal is to stop it from occurring again in this year’s midterms. That recording, which Politico obtained, and other tapes reveal unprecedented steps the Republican National Committee is taking in swing states like Michigan. They are training poll workers — the people who sign you in and hand you a ballot — not just partisan poll observers who are there to monitor. These trainees would try to stop people they believe are voting illegally, and would have access to party lawyers who could help them disrupt the voting process.