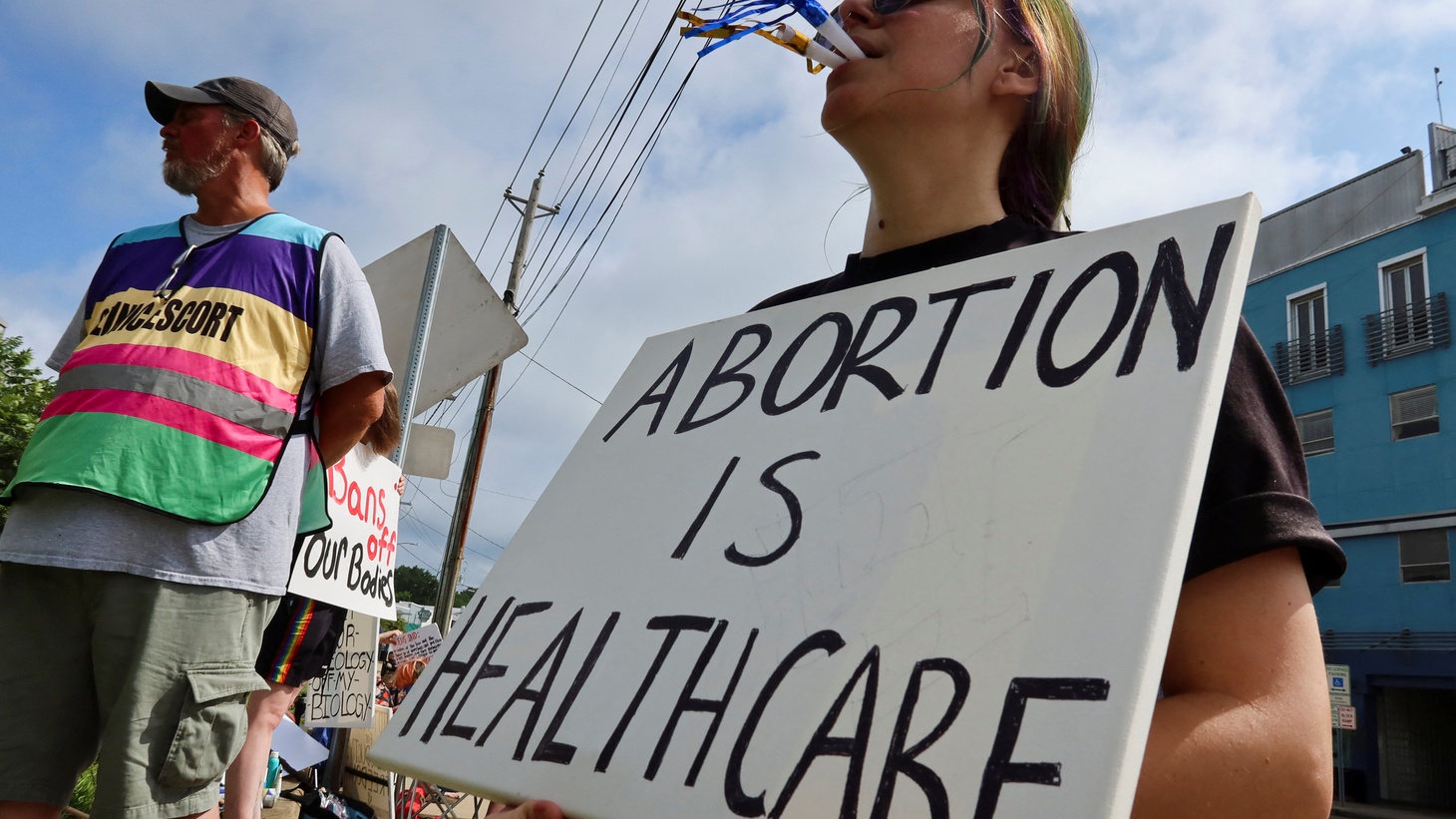 An abortion rights activist blows a horn outside the Jackson Women's Health Organization in Jackson, Mississippi, U.S. on July 6, 2022. Photo by Liliana Salgado/Reuters.

Illinois is likely to become one of just a few states between the East and West Coasts where abortion will remain legal after the U.S. Supreme Court overturned the constitutional right to end a pregnancy. The region is completely surrounded by states that have already banned the procedure, are expected to, or could severely limit it. Illinois could become the best option for millions in the Midwest and South, even for people living as far away as Texas.

The Hope Clinic for Women in Granite City has been exceptionally busy, according to Amy Redd-Greiner, the head of front office operations there.

As a result, some women are waiting two to three weeks for a first-trimester appointment. Typically, they’d only have to wait two to three days. Redd-Greiner says the window of treatment has never been this long.

She says the lag is hard to handle for some women, who might need to travel, take time off work, or find accommodations.

“For some patients, it may be insurmountable. This is the stark, harsh reality,” she explains. “The reality has always been: 100 miles could be as insurmountable to someone as 1000. If you are living in a rural area, you don't have access to public transportation. If you don't have a car. If there isn't a train or a bus station nearby, how would you even begin to get here in the first place?”

But she says the challenges highlight the importance of abortion support organizations.

“They can help people with lodging. They can literally help with gas. Obviously, the price of gas is a challenge in and of itself right now and may be insurmountable. And so we do everything that we possibly can do to connect patients with the resources and with the folks that can help them meet those needs.”

First-trimester abortions at the Hope Clinic cost $550. But if price is an issue, Redd-Greiner says it refers patients to resources. Other organizations can also provide financial support, such as the Chicago Abortion Fund and the Midwest Access Coalition.