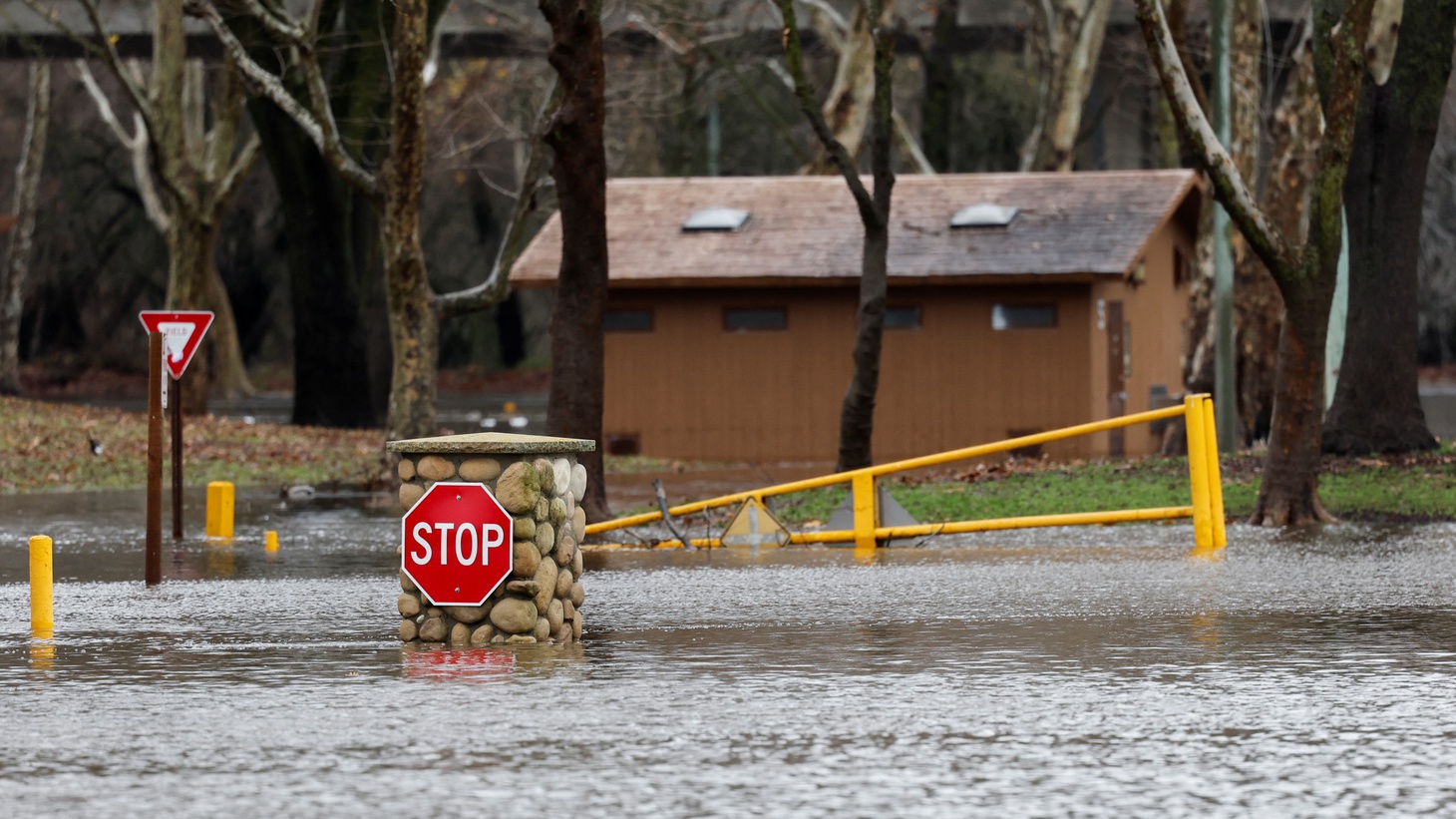 Another band of intense storms is rolling across California, bringing high winds, lots of rain, and flooding. Northern California is expected to get hit the hardest, with more storms forecasted through next week. The National Weather Service has issued a flash flood watch for LA and Ventura counties. The Sepulveda Basin is already shut down due to flooding, and the LAPD has reported streets flooding throughout the city.

“The governor did declare a state of emergency yesterday. And to me, one of the most remarkable things is we have an active drought emergency that is now coincidental with an active flood emergency,” says Karla Nemeth. She’s the director of the California Department of Water Resources, where she prepares the state for extreme weather.

She explains that much of the state’s flooding comes from the oversaturation of soil after atmospheric rivers dumped rainfall. And California has been hit by three of six forecasted atmospheric river events.

“Typically, California relies on about six big storms a year for our water system. But when we're in a very active season and sequence of storms as we are now, we can get these big atmospheric rivers really one after another, and that's what's happening right now.”

The storms will replenish some of the water inside of above-ground reservoirs, but Nemeth says it won’t be enough to completely fill them due to the ongoing drought.

“It's very important that everyone get connected with their county emergency services and get signed up for text alerts and listservs. That’s who Californians need to be listening to if there is an order to evacuate, particularly if you live in proximity to one of those burn scars.”