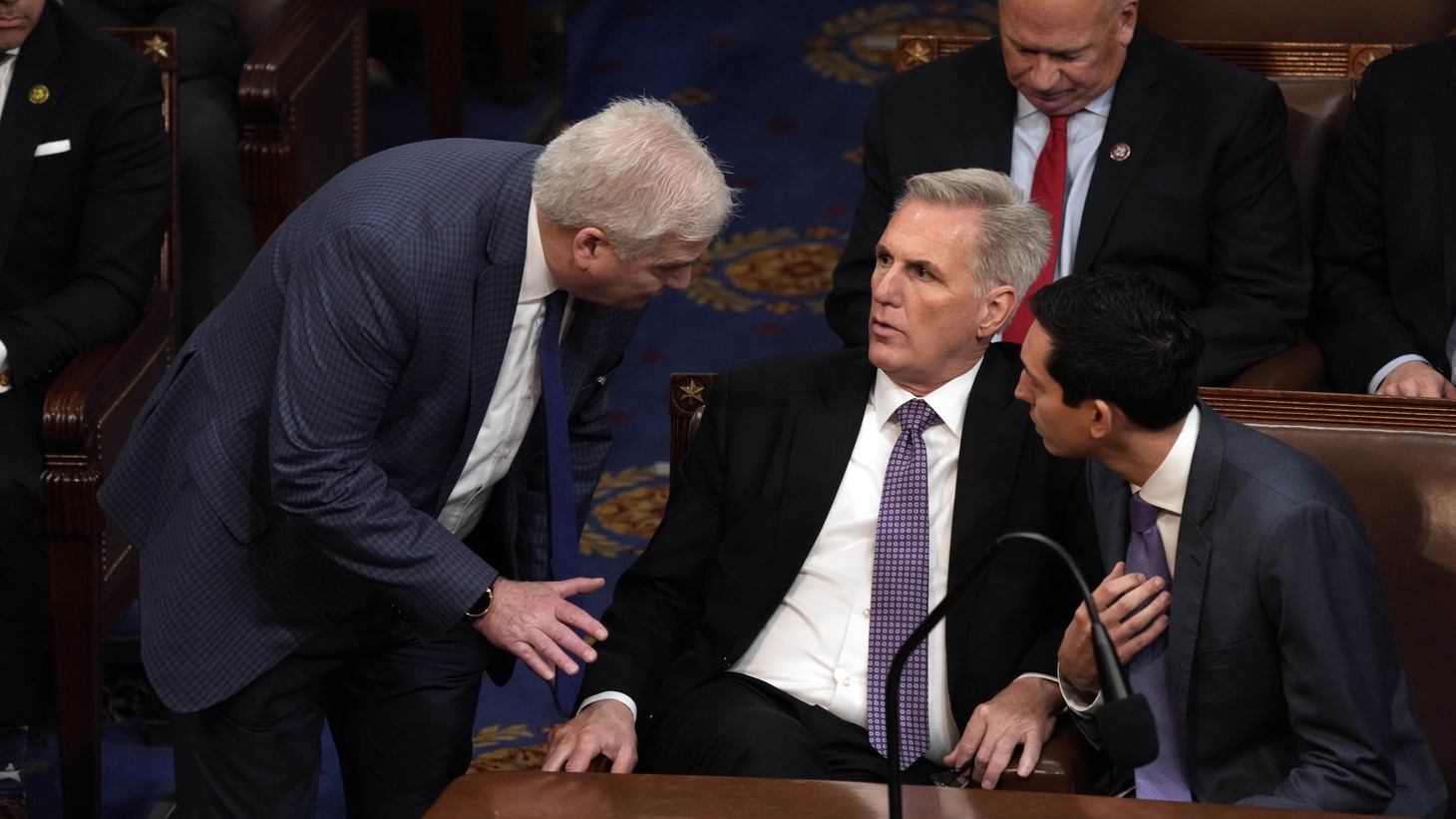 Rep. Tom Emmer, R-Minn., left, speaks with Rep. Kevin McCarthy, R-Calif., in the House chamber. The House of Representatives is trying to elect a speaker as the 118th session of Congress begins. Republicans take over the U.S. House of Representatives with a slim majority, and Democrats maintain a majority in the U.S. Senate. Credit: Jack Gruber-USA TODAY via Reuters Connect.

California Congressman Kevin McCarthy has been nominated for House speaker eight times in just three days. But following overnight horse-trading and deal-making, reportedly including a concession from McCarthy that would allow a single lawmaker to force a vote to oust the Speaker, Republicans still have not coalesced behind the politician. A new wrinkle has also appeared: Florida congressman Matt Gaetz cast a vote for former President Donald Trump during the seventh and eighth ballots.