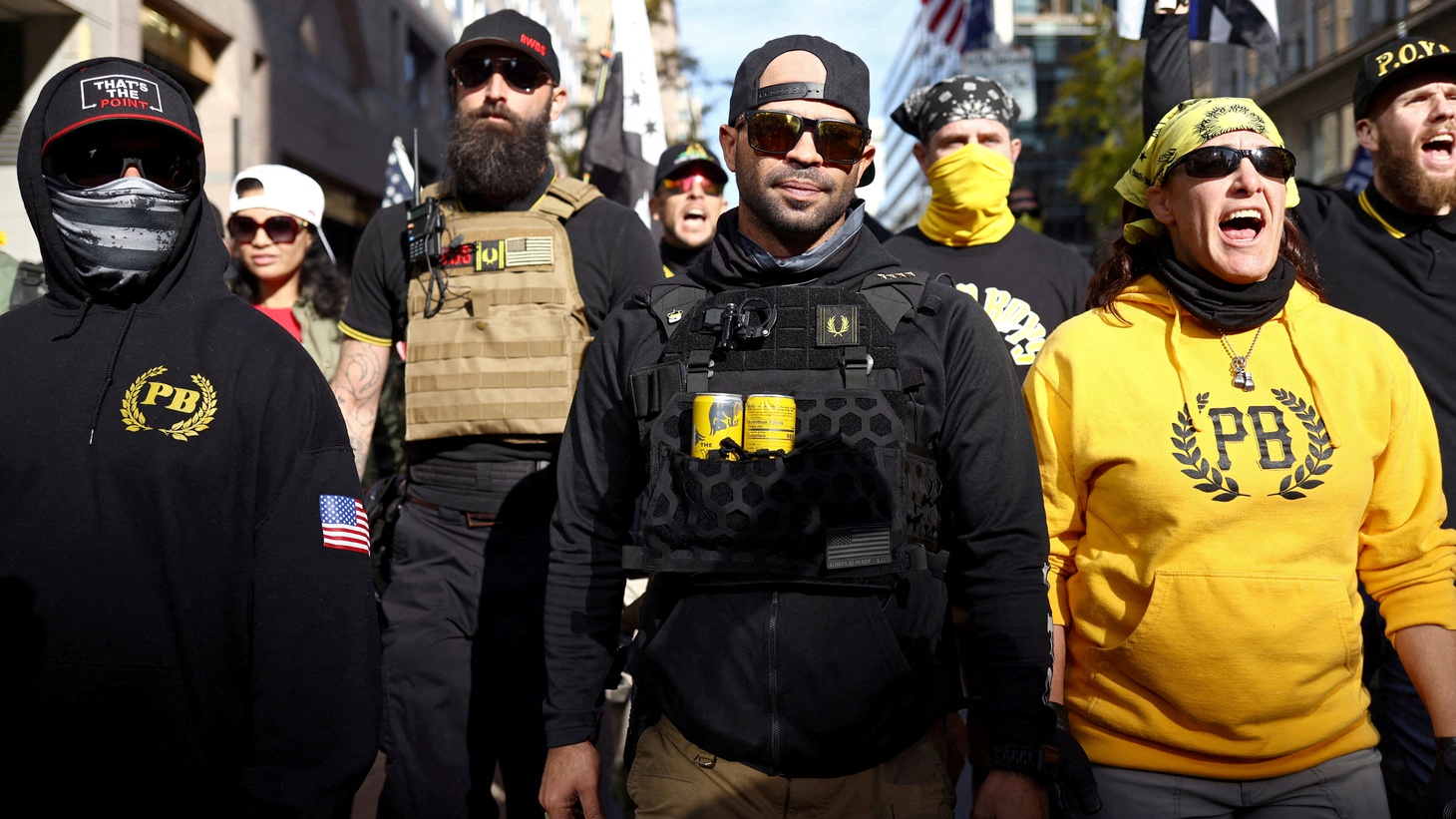 Members of the far-right Proud Boys, including leader Enrique Tarrio (center), rally in support of U.S. President Donald Trump to protest against the results of the 2020 U.S. presidential election, in Washington, U.S. November 14, 2020. REUTERS/ Photo by Hannah McKay/Reuters

Today’s January 6 Select Committee hearing — the seventh public one lawmakers have held — is focusing on the pro-Trump groups that attended the “Stop the Steal” rally and illegally entered the Capitol. The far-right Oath Keepers and the Proud Boys were galvanized by Trump’s call to overturn the election results. They and others began preparing for a fight at the Capitol days before it happened.

“Far-right ideas and these groups have become increasingly normalized — with Trump on the national level. And then we see that they have gained greater traction, particularly with local and regional chapters,” says Alexandra Minna Stern, author of “Proud Boys and the White Ethnostate: How the Alt-Right is Warping the American Imagination.”

Extremist groups are actually using the spectacle of the hearings, which include ongoing videos showing the insurrection, as recruitment strategies, she points out.

She says the Proud Boys continue to be a serious threat, and the U.S. should look to Canada and New Zealand, which have classified that group as a terrorist organization.

“We're living through rising authoritarianism in this country. And this is part of it. And I think everyone should be paying attention to these hearings and should be concerned.”