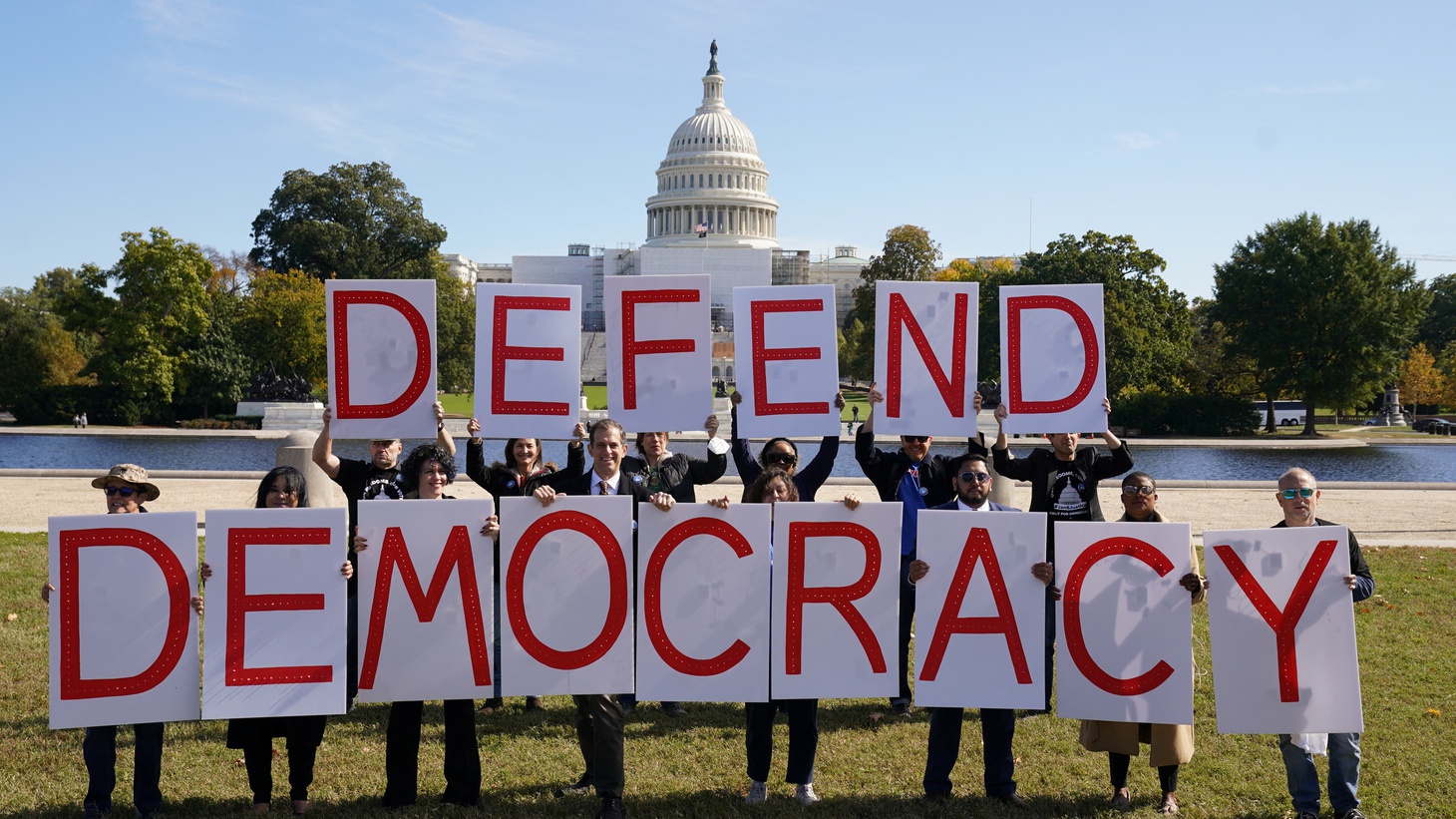 Activists hold up letters spelling “defend democracy” during a rally amid revelations by the Jan. 6 select committee, in front of the U.S. Capitol, in Washington, U.S., October 20, 2022. Photo by REUTERS/Kevin Lamarque.

Next week, the January 6 committee will release its final report on the Capitol insurrection. The former president continues to face legal setbacks as he waits to find out if the committee will recommend the Justice Department indict him or his close associates.

“The referral is really a symbolic move. And what it would do is allow the members of the House Select Committee to say, ‘We've investigated this for months, and when it comes to the historical record, we want to go on record as saying this is not immoral or impermissible, but we think that these sets of behavior rise to the level of federal crimes,’” says Jessica Levinson, professor at Loyola Law School.

Plus earlier today, a federal judge ended the special master’s review of those sensitive materials the FBI seized from Mar-a-Lago.

On Tuesday, President Biden plans to sign a bill that would protect the rights of same-sex and interracial couples under federal law.