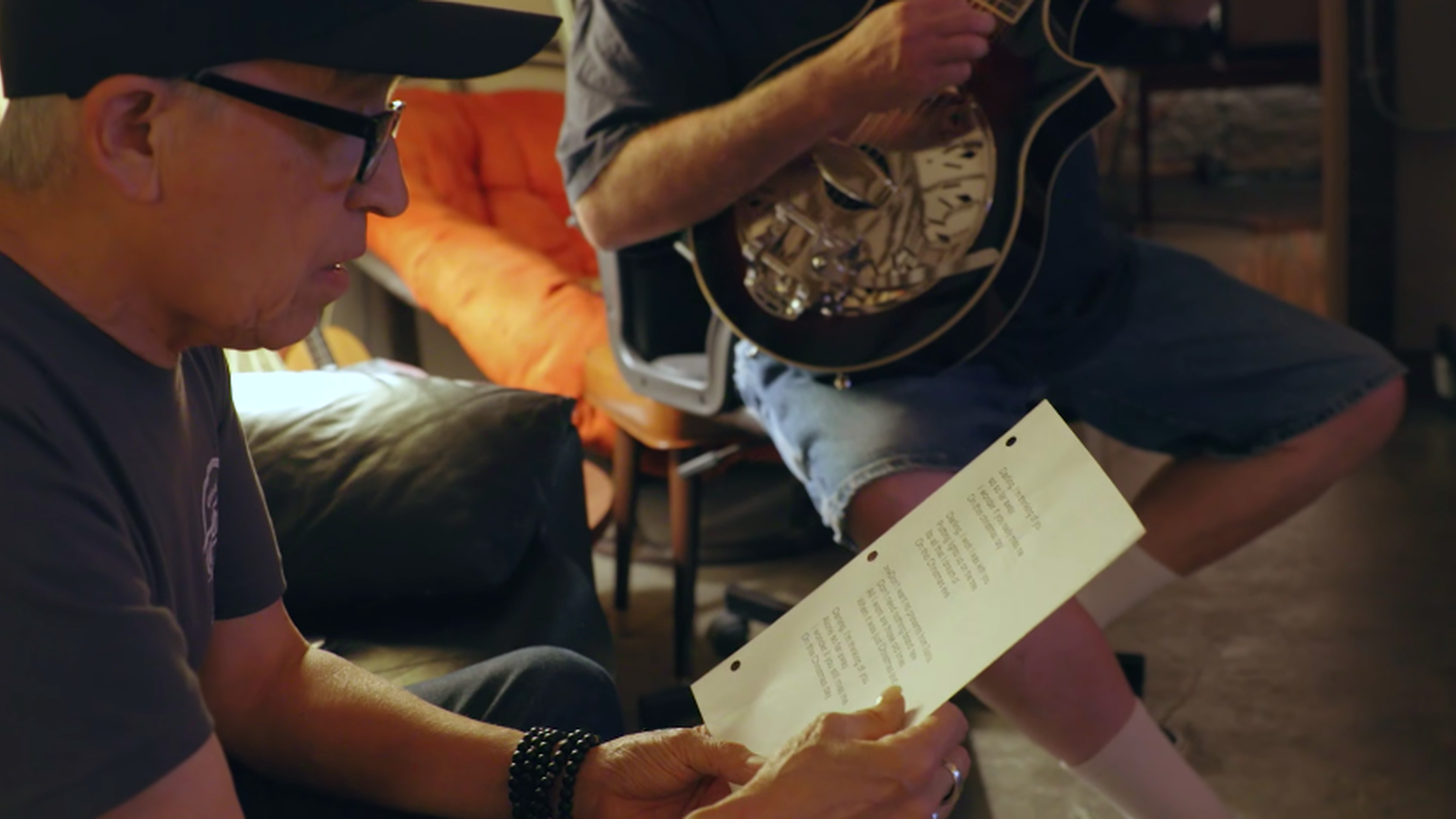 This Christmas, Ro “Wyldeflower” Contreras recommends listening to "Christmas And You" by Los Lobos. Credit: YouTube.

It’s been a stressful year, but there’s nothing like holiday music to lift the spirits. Check out KCRW DJs Ro “Wyldeflower” Contreras, Jose Galvan, Anne Litt, and Nassir Nassirzadeh’s favorite songs of the season.

"Christmas And You" by Los Lobos

Contreras: “I am definitely team love letters and sweet songs over presents. The lyric that stood out to me was, ‘Don't need nothing brand new. All I want are those old times when it was just Christmas and you.’ What a romantic notion that I completely subscribe to — quality time and memory making over gifts, now and always.”

“Another Lonely Christmas” by Prince

Contreras: “It's an ode to all the feelings: To the reality that one can oscillate from feeling lonely and sad to feeling happy and wanting to be around people. And sometimes those lonely feelings happen when we're surrounded by a lot of people and that's okay.”

Galvan: “In the early 2000s Kaskade remixed [White Christmas] and elevated it into a hip, breakbeat jam. … It feels so cozy.”

“All I Want for Christmas” by the Yeah Yeah Yeahs

Galvan: “[This is not] not the cover of the ubiquitous Mariah Carey anthem. No sir. This is an original composition put out for free during the MySpace era by Karen O, Nick Zinner, and Brian Chase.”

“Christmas All Over Again by Tom Petty & The Heartbreakers

Litt: “There's a Christmas album that also holds a special place for me whenever I hear it, it makes me smile. It makes me dance, and it's become a favorite in my family's house. Now every time we're decorating the tree [and] are getting ready for the holidays.”

Litt: “The thing about this album that's great — it's a whole listen. So the next song on the album is a Randy Travis version of ‘Jingle Bell Rock.’ And I tell you what — at the breakdown in the song when we think it's over? And Randy Travis tells his band to keep on playing? That moment always elicits a big hoot and howl in my house.”

“The Christmas Song” by Luther Vandross

Litt: “Luther Vandross, his version of The Christmas song … [there’s] no better voice than Luther Vandross to sing that. … I could literally go through the entire album song for song, but if I hear those three songs back to back, I can tell you what, it's Christmas all over again.”

Nassirzadeh: “One holy night, for me, on Christmas Eve, my parents surprised me by giving me a baby Jack Russell terrier. I couldn't sleep that night, still in shock. I remember listening to that song late at night when I was spending time with my new puppy. I called him Kobe.”

“That Was the Worst Christmas Ever!” by Sufjan Stevens

Nassirzadeh: “It has this amazing campfire feel to it. … Almost a Vince Guaraldi vibe. … I can't help but think of some of the families that are dysfunctional, or maybe not having the most epic Christmas. For me, it's comforting to know that there's people that are writing songs for them.”