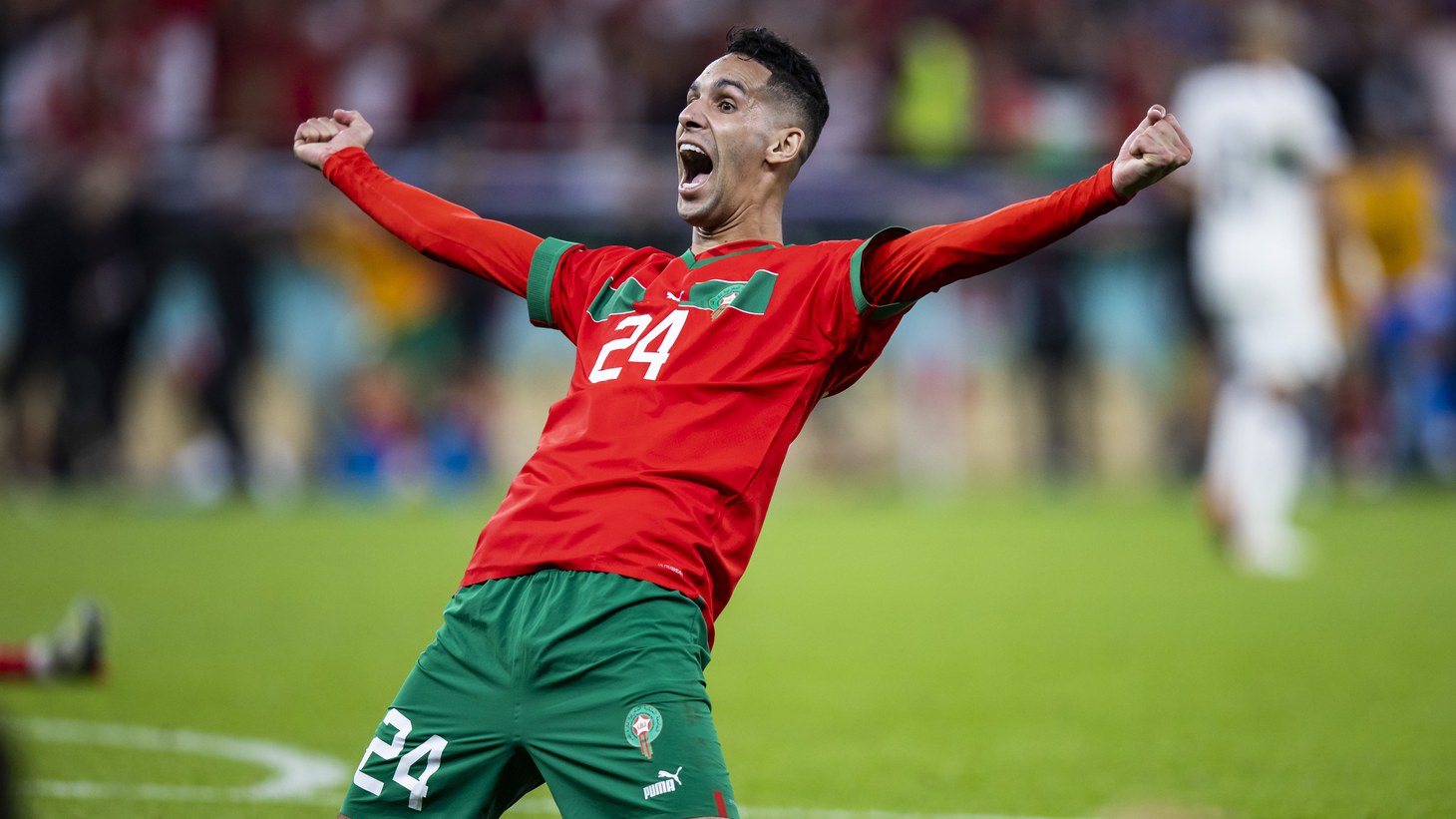 Morocco's Badr Benun celebrates after the match against Portugal during the quarter-finals at Al-Thumama Stadium, December 11, 2022. Credit: Tom Weller/dpa via Reuters Connect.

Morocco made soccer history this weekend, becoming the first African country to make it to the final four in the World Cup. They play France on Wednesday. Tuesday’s match – Argentina versus Croatia – rounds out the semifinals.

However, soccer journalist Grant Wahl died on Friday in Qatar while covering the tournament. He gained attention last month when Qatari officials temporarily detained him for wearing a shirt with a soccer ball surrounded by a rainbow.

Wahl was an advocate and great critic of soccer, covering every FIFA Men’s World Cup since 1994.

“Grant was kind of everything. He was a really wonderful person and a terrific journalist. To be honest, I think everyone's still pretty much in a lot of shock,” says New York Magazine’s Will Leitch. His latest Substack column is a tribute to Wahl.

Leitch adds, “One of the great things about Grant is he was always incredibly productive. He said, ‘I'm tired, but I'm always tired of the World Cup. That's what makes it fun.’ And I think that that speaks to the joy he brought to his job.”

The latest soccer upsets at the World Cup

Morocco’s defeat of Portugal on Saturday was a massive upset, Leitch says. “They [had] 300:1 odds going into this term. I think they're ranked 22nd in the world, behind the United States, and that's how much of an underdog they really truly are.”

Meanwhile, France is trying to win its second World Cup in a row. Leitch says that’s only happened twice in history.

Like France, Argentina has won two World Cups in the past.