He starts and ends the book with the encounter between Sandra Bland and the Texas police officer who arrested her after she didn't use her turn signal, and she ended up dead in a jail cell three days later.

Gladwell also looks at whether Penn State officials were too trusting of convicted pedophile and disgraced football coach Jerry Sandusky. And when Neville Chamberlain met with Adolf Hitler, why did he believe the German leader's assertion that he had no plans to conquer the world?

Gladwell’s book, “Talking to Strangers: What We Should Know About the People We Don’t Know," is based on the "default to truth" theory.

Gladwell points to research by Timothy Levine, a professor at the University of Alabama, who says evolution selected humans to trust each other. "If you have what he calls the 'default to truth,' you have an enormous advantage in the world. You can communicate efficiently, you can go about your life, you can start an organization. You can think about the things that work and that are easy to accomplish because you don't spend a lot of time wondering whether the person who you're talking to is misleading you or is pulling some giant scam on you," Gladwell says.

However, that means humans will be deceived every now and then. He gives the example of disgraced financier Bernie Madoff. For years, a financial forensic expert named Harry Markopolos uncovered evidence of Madoff’s multi-billion dollar Ponzi scheme, only to be ignored or dismissed every time he alerted the Securities and Exchange Commission.

“In the midst of things, the same brilliant mind that was capable of unraveling Madoff’s deceptions was incapable of getting people in positions of responsibility to take him seriously,” Gladwell writes. “That’s the consequence of not defaulting to truth. If you don’t begin in a state of trust, you can’t have meaningful social encounters.” 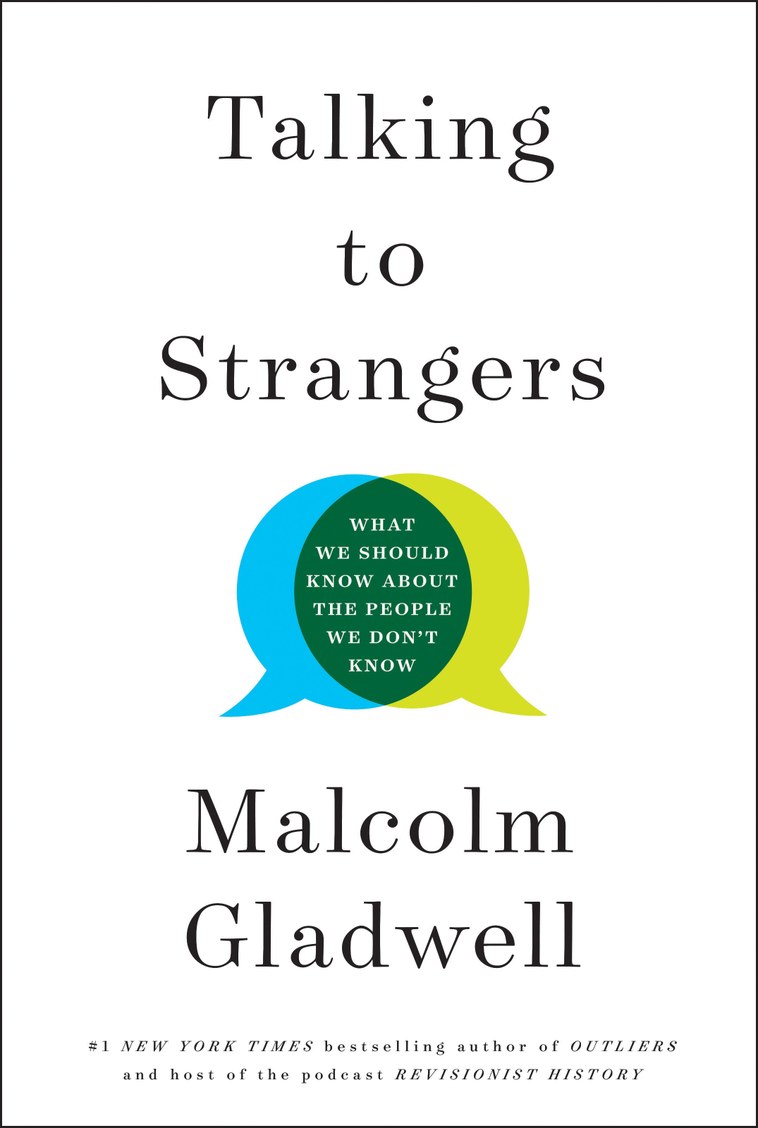 The cover of "Talking to Strangers." Photo credit: Little, Brown and Company

In July 2015, a white police officer named Brian Encinia pulled over a 28-year-old black woman named Sandra Bland because she failed to use her turn signal. Their encounter escalated, she was arrested, and then she found hanging in a jail cell in Texas a few days later. Her death was ruled as a suicide.

Her encounter with Encinia was captured on video. Why did it escalate so badly?

Gladwell explains that Encinia fundamentally misinterpreted Bland's behavior because he jumped to conclusions based on flimsy evidence.

"She is distressed at having been pulled over… She's someone who's had run-ins with the police in the past. She has thousands of dollars of outstanding tickets. She's been through a great deal of emotional distress in her life. She had a suicide attempt a few months earlier. And here she is trying to start afresh," Gladwell says. "And a cop pulls her over on the most absurdly, meaningless of reasons. Because she didn't use a turning signal when he drove up behind her. She's upset. And the cop sees the evidence of her distress and reads it as dangerous."

Gladwell says Encinia committed "the transparency error," in which we jump to conclusions about other people's emotional state(s) based on how we read their facial expressions and demeanor.

Gladwell says Encinia was convinced that Bland was a criminal and a threat to him. She had lit a cigarette and refused to put it out when he asked her to, so he demanded that she get out of her car.

"She lights the cigarette to calm herself down… And the police officer sees that as an act of defiance, which only adds to this extraordinary paranoid fantasy that he's creating in his head," Gladwell says. "The last third of the book is all about how Brian Encinia's decision to stop her -- he was trained to do that. It is part of a strategy of law enforcement that has come into vogue in America in the last generation or so… which requires police officers to pull people over for the most trivial of reasons in the hope that they might uncover some much more serious criminality. We're creating these situations. That's really what's so upsetting about this case."

Gladwell says he doesn't want readers to dismiss Bland's case as a simple incident involving a rogue cop. "I want you all to understand that we are all complicit in that we allowed a philosophy of law enforcement to emerge, which made these kinds of misunderstandings inevitable."

The question of race has also come up in Bland's story. Would Encinia have read her as dangerous if she were a white woman driving a Mercedes who lit a cigarette? Gladwell says he wouldn't have even pulled her over if that were the case.

"It's not just that there are racist cops. It's that we have created a philosophy of policing that weaponizes that racism, that allows it to have real world consequences. That's the issue. And I want people to focus on that broader question," he says. 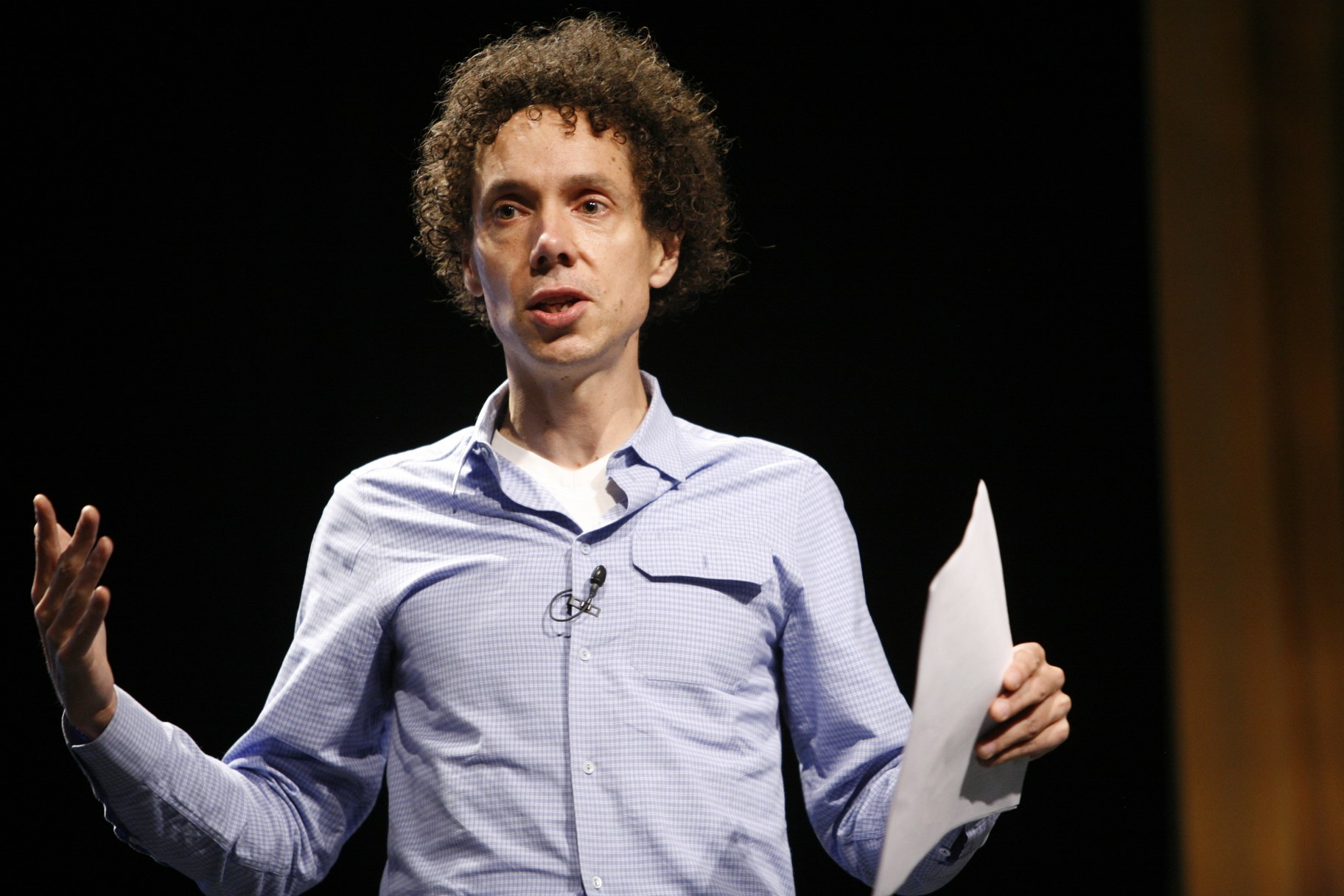 Does Gladwell have prescriptions on how humans can alter their behavior to better understand strangers?

"I don't think there are solutions," he says. "I think we just have to accept the fact that we're not good at this, and we'll never be good at this. And that means that we need to just be a lot more careful, and a lot more humble in the conclusions we draw about strangers."