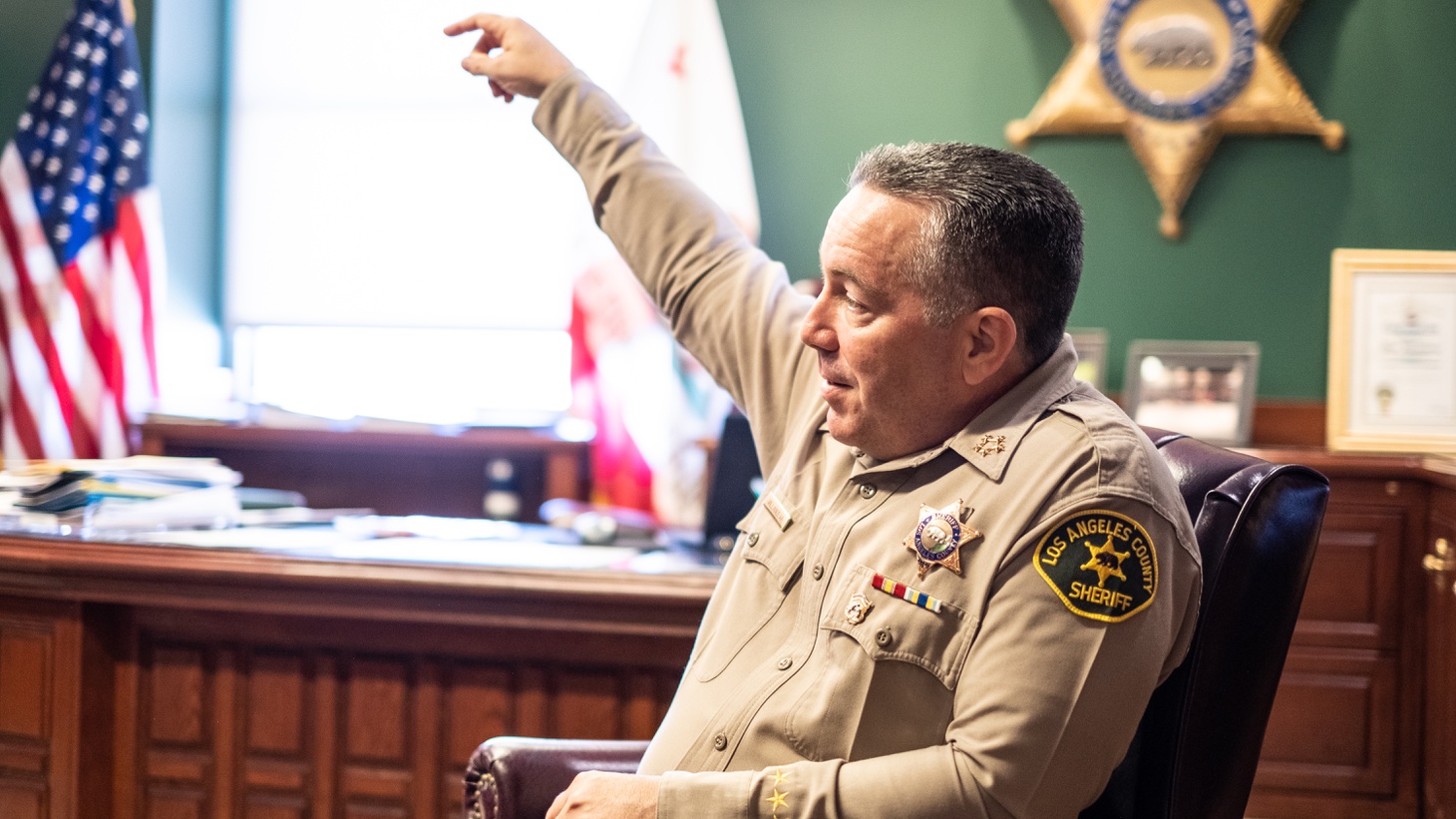 Los Angeles County Sheriff Alex Villanueva appears to be one of the top candidates for the sheriff’s primary despite being marred by scandals, including the allegation that the sheriff directed the cover-up of an incident, in which a deputy kneeled on a handcuffed inmate’s head.

There are a number of potential explanations into why the incumbent is dominating the conversations surrounding the sheriff’s race so far: Constant media coverage, the crowded field of candidates, and rising crime.

“He's operating under the theory that there is no such thing as bad publicity,” says Raphe Sonenshein, the executive director of the Pat Brown Institute for Public Affairs at Cal State LA.

In the crowded field of nine candidates, some of them have been pushing to build their own name recognition. Eli Vera, an LASD commander, has been publicly speaking out against his boss. Former Long Beach Police Chief Robert Luna got some exposure when he picked up the endorsement of the Los Angeles Times editorial board.

Still, one of the biggest power brokers in the race has already sided with Villanueva: The sheriff’s deputies’ union, as a sign of the most impactful endorsement, expressed support for Villanueva. The early endorsement is unusual given that the deputies’ group typically waits until the runoff to pick their candidate.

Rising crime in LA County is also working favorably for Villanueva, according to Sonenshein.

“This is a good year to run on law and order. It's not a guarantee because law and order hasn't replaced police reform, it has moved alongside it. You have a lot of voters who both favor reform and are very concerned about crime.”