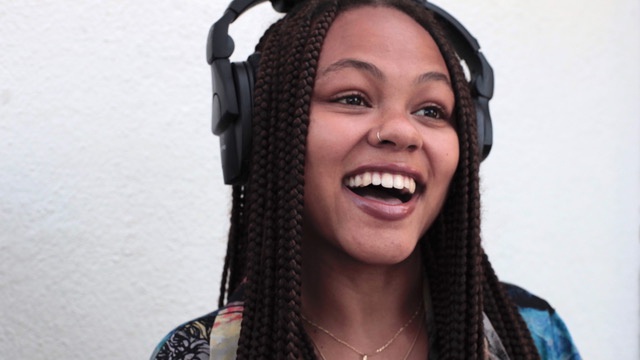 As the summer season quickly approaches, KCRW DJ Tyler Boudreaux has her top picks for your upcoming road trips, barbecues, and beach days. Boudreaux hosts her show every Thursday night from 10 p.m. to 1 a.m. on KCRW, where she plays a mix of genres, including psychedelic rock, electronic music, and funk.

“Toro Y Moi has been just a stellar artist that continues to evolve and grow. And this latest album, ‘Mahal,’ is an evolution of that growth. It's an indie rock masterpiece,” she says. “It feels like long days and sunshine on the balcony. I put a smile on my face the first time I heard it, and it became a favorite instantly.”

“Kikagaku Moyo [is] a Japanese psych-folk rock band. And that song, in particular, is so enchanting, and it has a great dance beat to it. It moves you into a dance as you are in this psychedelic fantasy of all of these music instruments — all blending together. And it's so unique and different than a lot of other music I hear.”

“It sounds like the open road. It sounds big and classic rock, and it's rock you can dance to. It has elements of groove, but it also has amazing lyrics that are introspective and brilliant,” Boudreaux explains. “At the end of it, they go into a jam where they make their instruments sing for them, and it's really special.”

“[Automatic] is a trio of ladies. … I love their style. I love their presence in rock. They have a great dancy rock, almost punk in the sense of like, you're rocking out, but they have indie pop lyrics to them so it's easy to follow along.”

“[Dehd] has two lead singers, and they both complement each other and match each other's energy. They also provide that twang-y element to this fun, pop sound. I don't even like to call it pop necessarily because it's so rocking, and you're bouncing off of the walls. But I say pop in the sense that these are very lyrically driven songs that are catchy.”