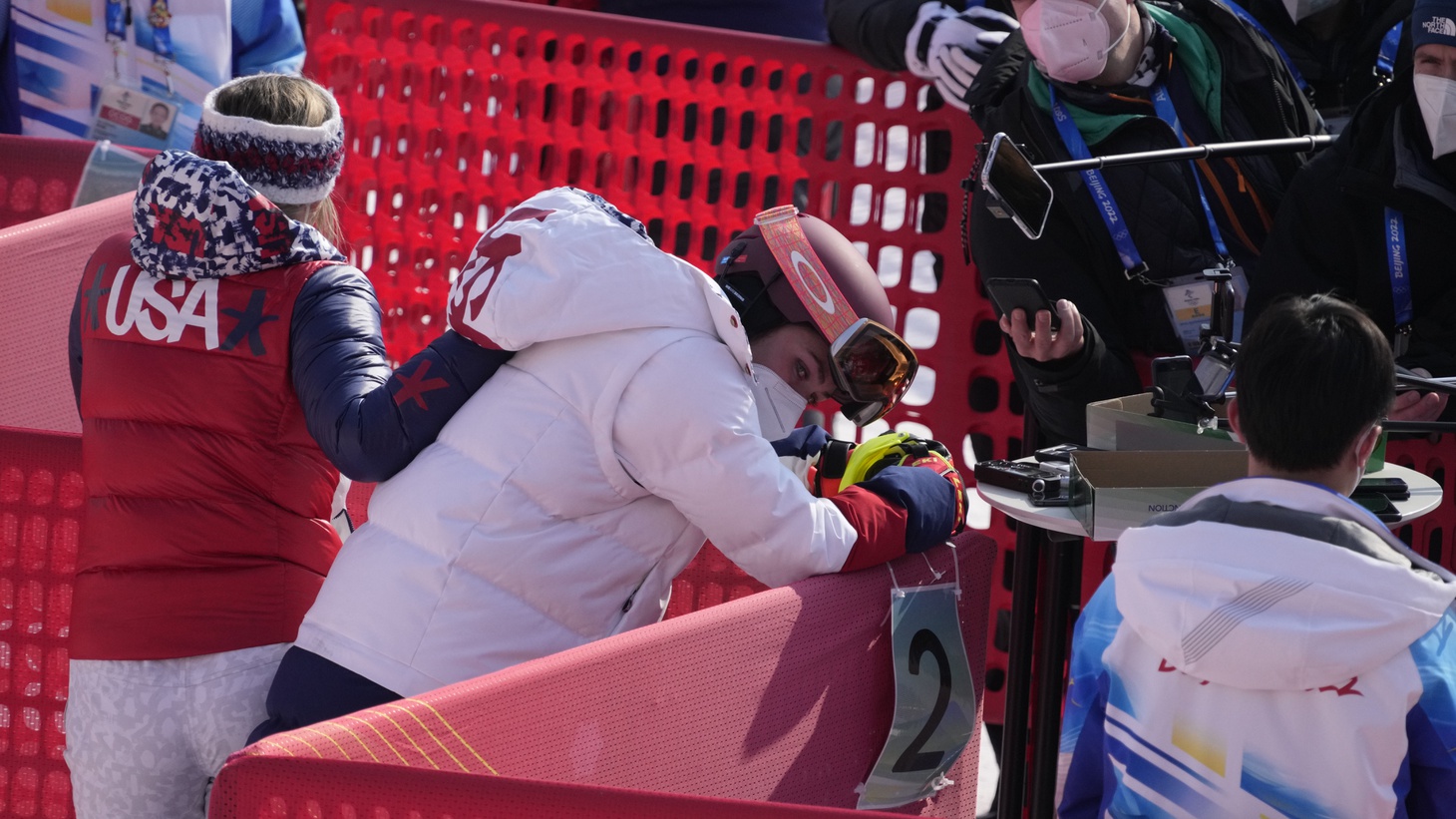 American Olympic skier Mikaela Shiffrin skidded out in the women’s slalom event at the Beijing Winter Olympics on Tuesday, marking the second time this week she didn’t finish a race. She was the defending gold medalist in the event and one of the world’s best skiers. She told NBC that the race made her second guess the last 15 years and everything she thought she knew about skiing and her racing mentality.

Her comments have rekindled conversations about the mental health of star athletes, especially after elite gymnast Simone Biles publicly withdrew from nearly all of her events last summer at the Olympics, citing concerns about her mental health.

Elite athletes face pressure from all directions, especially during the Olympics, says Kathy Kreiner-Phillips, former World Cup alpine skier from Canada. She took home the gold medal in the women's giant slalom at the 1976 Olympics in Innsbruck, Austria. She also conducted research at the University of Ottawa exploring the psychology of winning.

As a result, some athletes have trouble focusing on their performance.

“There's expectations that you put on yourself. There's expectations that everybody else is putting on you. … If you start focusing too much on that, it's the wrong focus. That's not what got you to the top in the first place. You got there because you are so in the moment [and] really in tune with your body,” she explains. “But if you get caught up in the hype of the pressure, that's gonna make you more tense, and you're not going to ski as well or perform as well, whatever the sport.”

Kreiner-Phillips says it’s crucial for athletes to create a mental space where they can retreat to when needed.

Central to the Games is the Olympic Village, where athletes from different countries can get together, grab a bite to eat, and just enjoy some R&R. But due to COVID rules, many teams aren’t able to interact as much. Kreiner-Phillips says the Village helped get her mind off of the competition, but current athletes won’t be able to experience it.

“I felt it helped me to relax. You can't be thinking about your race 24/7. You need to be able to relax, and then be able to turn it back on again. They've been … isolated all year, and it does not help to not be able to be with other people more,” Kreiner-Phillips notes.

She points out that many teams employ a sports psychologist, and she’s seen a willingness to provide athletes with the help they may need. She adds that she’s glad to see a growing awareness about the need for athletic mental health support.

“They are human beings, and we need to see them like that. … This is a problem for a lot of people. And yeah, let's be open to it. You have to talk about it. You can't keep it to yourself,” Kreiner-Phillips says.