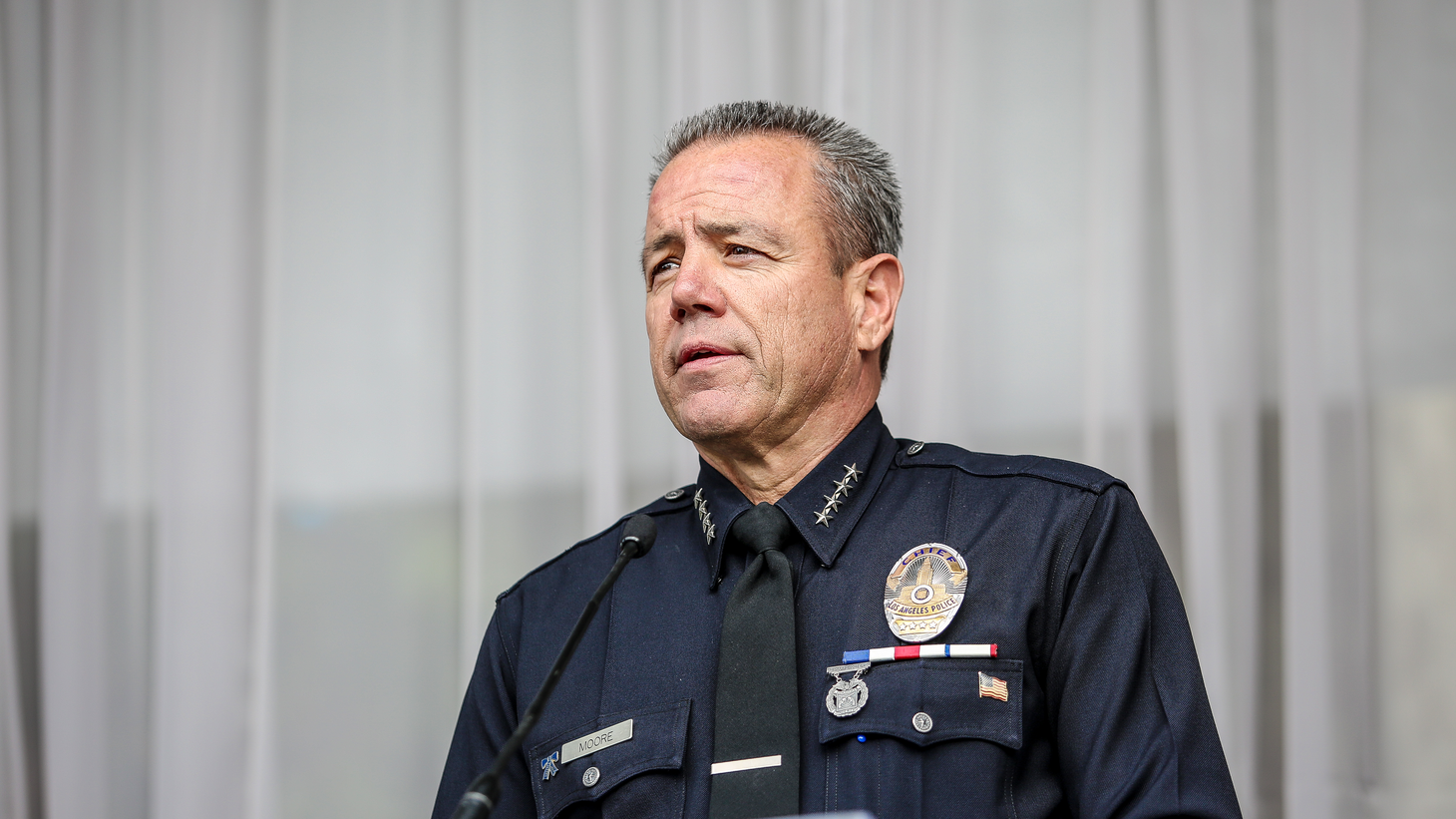 LAPD Chief Michel Moore is facing a tough fight to earn a second term. People are again calling for him to step aside after three men died following recent encounters with police. One victim was Keenan Anderson, an English teacher visiting from Washington D.C. who suffered cardiac arrest after he was repeatedly tasered by officers. His cousin is Black Lives Matter Co-founder Patrisse Cullors. Moore is also getting criticism from his own rank-and-file after he banned the “thin blue line” flag from local stations.

“He immediately expressed disappointment that mental health teams were not sent. And he recognized right away that there were problems. He also took a step of holding a press conference and releasing body camera [footage] from some of the officers early in the situation before it was required.”

Regardie says police chiefs have historically faced criticism — there was opposition against the LAPD’s response to the George Floyd protests, the closure of Echo Park, and the South LA fireworks explosion.

The decision over Moore’s reappointment lies with the LA Police Commission, which appears to genuinely like him, but Mayor Karen Bass has sway over those members, Regardie says.

“She does not technically appoint and give the chief a second term. She does control who sits on the Police Commission. … We have not yet heard from Mayor Bass whether she intends to ultimately support a second term for Chief Moore or look for someone new.”

Bass has said she wants LAPD reform, and this could be an opportunity for her to eventually make her pick for a new chief, Regardie points out. That’s because Moore has said he would only serve a partial term.

“That might be a route that we actually see here. There could be some sort of quiet political compromises. … This would allow her to stay focused right now on homelessness, ultimately stack the Police Commission with her appointees, and then she could play a really lead role in picking the police chief for the next five years, her real long-term law enforcement partner, instead of sticking with someone who Mayor Eric Garcetti appointed.”

Regardie says the LA Police Commission will make its decision by the end of March.