The movie “Women Talking” tells the story of a group of religious women who were drugged and raped by men in their community. They’re debating what to do — fight or leave. The film is based on a novel of the same name by Miriam Toews, who grew up in a Canadian Mennonite community.

Sarah Polley wrote and directed the movie. She says Toews’ book is based on a response to true life events between 2005-2009, where Mennonite women were shot with cow tranquilizers, raped at night, and couldn’t remember the attacks. It took years for the men to get caught and sent to prison.

“She calls it an act of female imagination, where she imagines the women in the colony gathering in a hayloft while the men are out of town, to debate whether or not to stay and fight, to forgive and do nothing, or to leave and create a new colony.”

Some women are angry and others are vengeful. One group wants to stay, and the other wants to go.

Polley explains the arguments to stay: “This is our place, this is our community, and why should we have to leave?”

And the rationales to leave: “How do we build something that stays true to the central tenets of our faith? One of which is pacifism and another one of which was forgiveness. How do we get ourselves out of harm's way and find our way to a forgiveness that isn't just simply doing nothing and being passive, but creating enough distance between ourselves and the harm, that forgiveness is a real and viable option?” 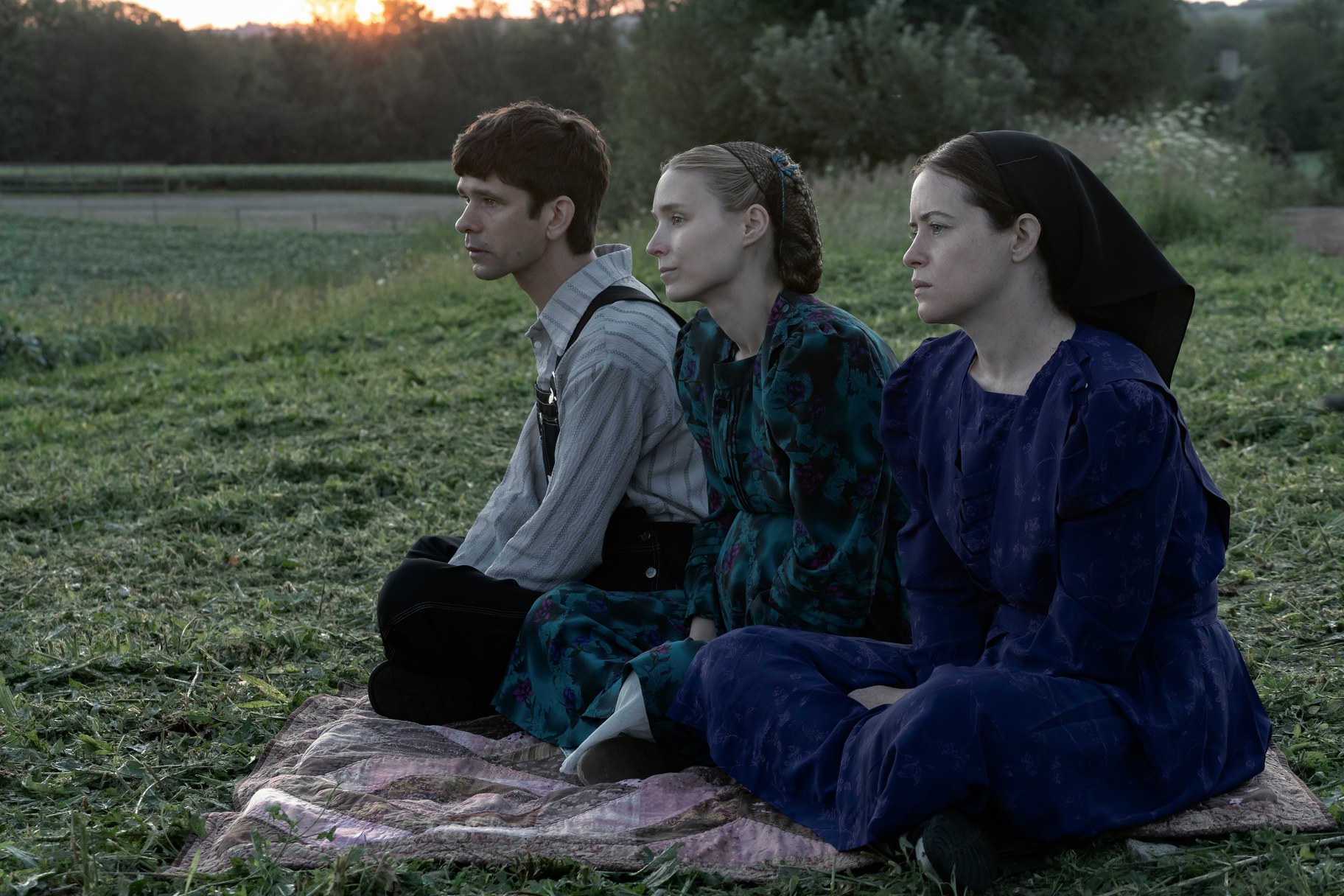 Polley says that the idea of forgiveness changes throughout “Women Talking,” as it analyzes individual culpability and systemic injustices. “These are the kinds of things these women are taking on … looking at complicity and at the structures that have enabled this kind of abuse to be going on for so long.”

She adds, “Throughout the film, it begins as a very simple notion of ‘Why don't we just forgive? That's part of our faith.’ And [it] turns into something much deeper and also more pragmatic. … ‘We have to create conditions where we're safe enough, where harm has ceased, where we could potentially have enough distance that we could look and see how this came to pass and therefore understand it.’”

Polley’s favorite scene is when a mother apologizes to her daughter for marrying an abuser. She created it by collaborating with cast and crew members who experienced sexual assault. They discussed what they would’ve wanted to hear in a situation like that.

“[It] was really a collective effort between … everyone chipping in with their insights and their stories to create … an apology that some of my crew members who had experienced abuse or one had grown up in a community much like this one, what he would have needed to hear from his parents in order to move through something.” 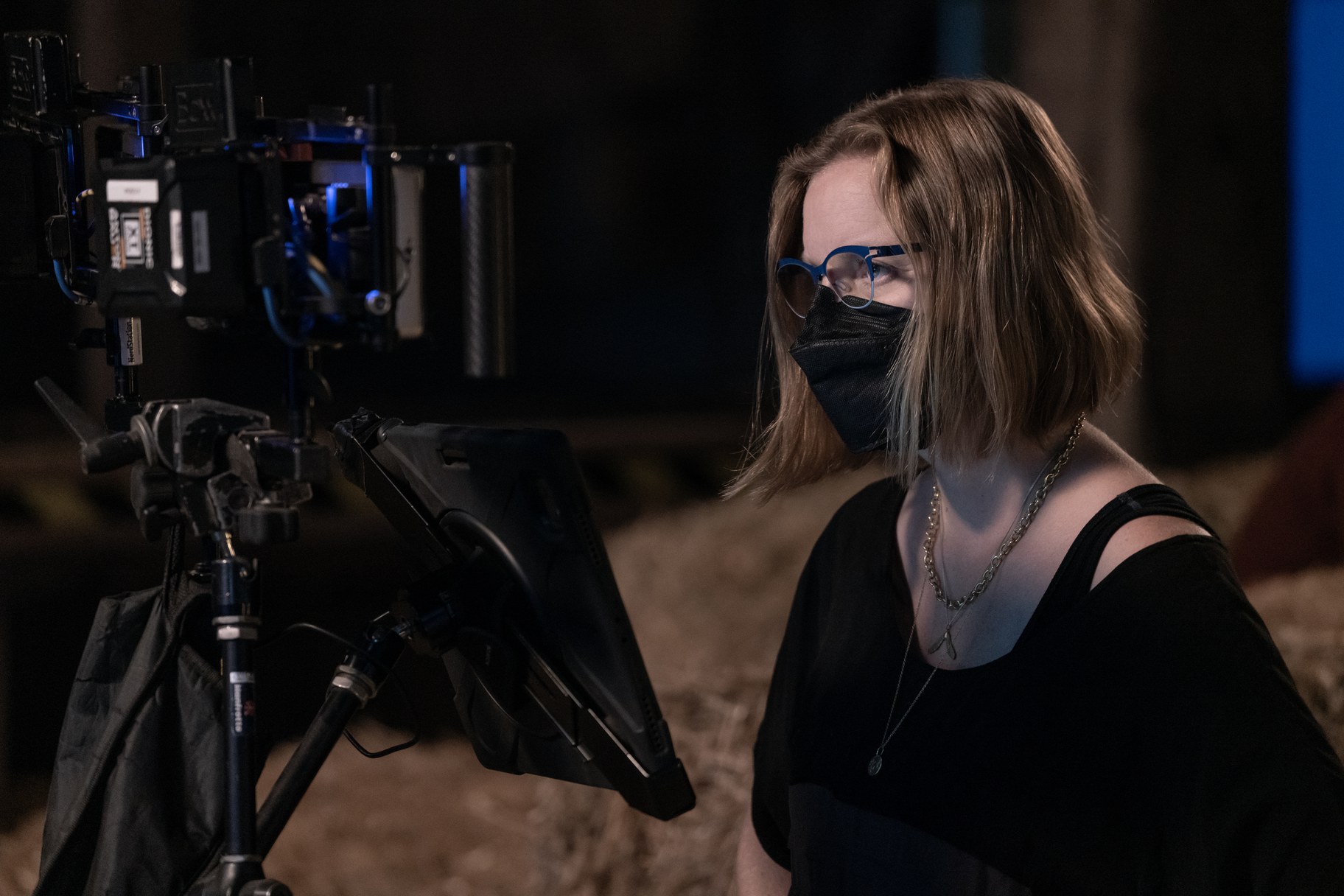 “What I hadn't seen was … what do we want to see, not just what we want to destroy? And what is the way forward, and how do we work together?” says Sarah Polley. Credit: Michael Gibson.

“This film is about many things, not just sexual assault. It's how to move out of these systemic harms that have been inflicted on many communities. And … just the way we can also internalize that violence and inflict it on each other, as women, becomes part of the story, and the forgiveness and the accountability that's necessary even amongst ourselves in the way we've absorbed misogyny.”

She also gained a sense of what democracy could look like in the future.

“I was getting so bogged down in the conversation, which was very important but exhausting, of all the harms in the world. … What I hadn't seen was … what do we want to see, not just what we want to destroy? And what is the way forward, and how do we work together?”