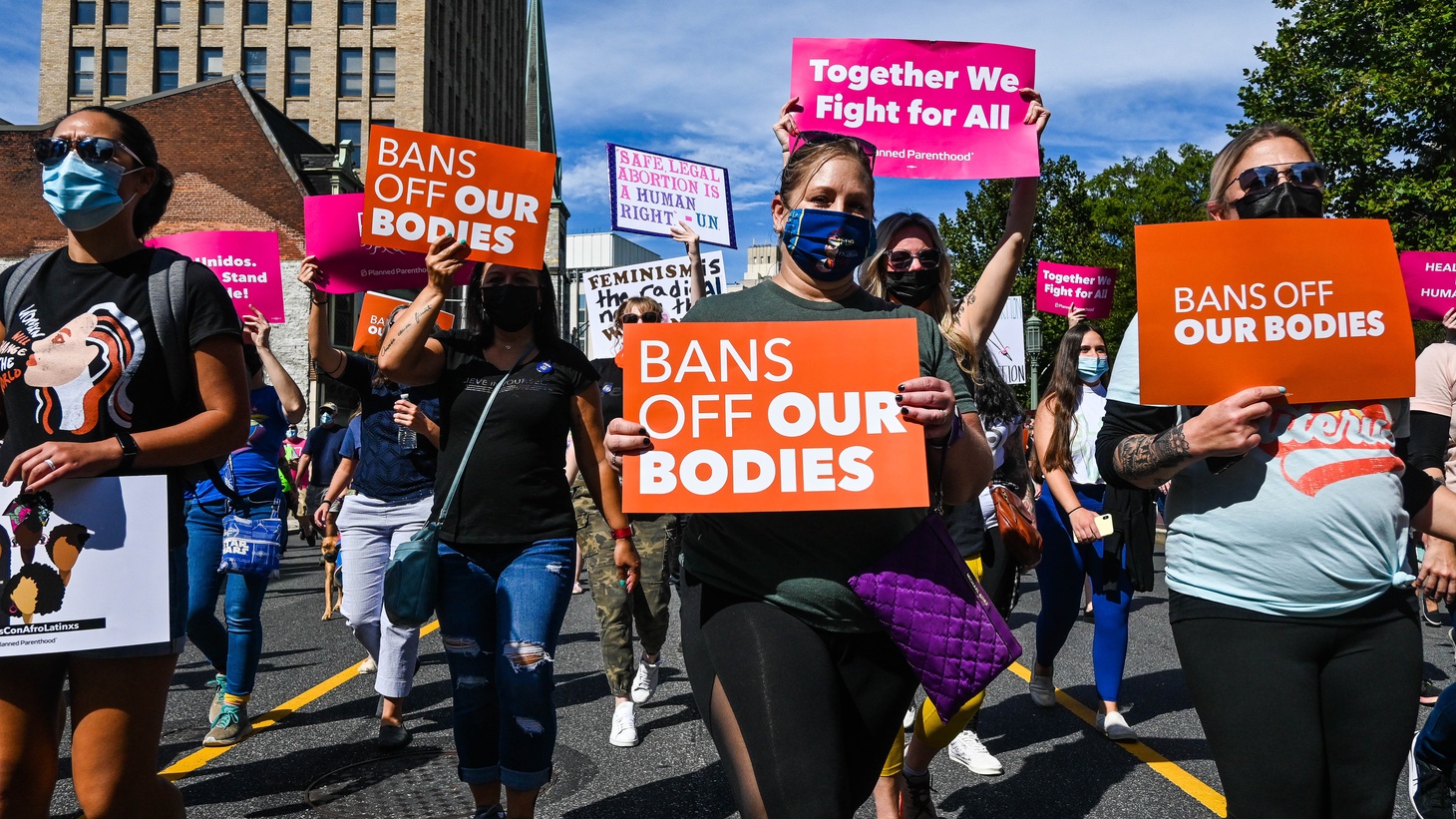 “[Abortion access] increased the chances that women attended college, finished college, entered professional and managerial occupations, maintained an attachment to the labor force, raised their earnings. And it reduced the chances that they, and the children that they ultimately had, lived in poverty,” says economics professor Caitlin Knowles Meyer. Photo by Shutterstock.

If Roe v. Wade is overturned this summer, the decision could have a devastating effect on the economic prospects of pregnant people in the days to come.

U.S. Treasury Secretary Janet Yellen even underscored that potential future in a Senate committee meeting this week. She stated that access to abortion “allowed women to plan and balance their families and careers, and research also shows that it had a favorable impact on the well-being and earnings of children.”

Plus last year, more than 150 economists filed an amicus brief with the U.S. Supreme Court that argues how much an economic upside there is when having access to abortion and reprodutive health care. A driving force behind the brief is Caitlin Knowles Myers, an economics professor at Middlebury College.

Myers tells KCRW that Roe v. Wade enabled women to shape how their lives would play out, including the circumstances under which they started their families. She says it reduced the number of teen moms by about a third and the number of married teens by a fifth.

“It continued to have effects that reverberated throughout their lives. It increased the chances that women attended college, finished college, entered professional and managerial occupations, maintained an attachment to the labor force, raised their earnings. And it reduced the chances that they, and the children that they ultimately had, lived in poverty.”

“Affluent women tend to find a way no matter what. When abortion is not legal, women who have the means find a way to travel to a place where it is legal or find a way to get it,” she explains. “That's likely to continue to be true if Roe is overturned. And so that's why these policies governing the legality of abortion really have dramatic impacts on primarily young, low-income women and women of color.”

She adds that abortion access also greatly benefits parents of color. That’s because it reduced the maternal mortality rate for women of color and Black women by nearly 40%.

Opponents of Roe v. Wade argue that times have changed since the law’s inception and that access to family leave, child care, and even safe haven laws make abortions unnecessary today. Myers argues that although newer policies provide options and support to pregnant people, childbearing is still an unequal burden for women.

“Most people don't need an economist with their fancy statistics to tell them that people still struggle to balance parenting responsibilities with the rest of their lives,” Myers says. “Childbearing remains the single, largest explanatory factor for gender wage gaps. It remains the most economically consequential decision that most people make in their lives. Men and women actually have pretty similar earnings up until the point that they become parents. … Womens’ [earnings] really fall off a cliff by about a third.”

Myers admits many people choose to bear the cost for childbearing, but says that many women don’t have access to the resources that they would need to raise children.

“California is one of the only states in the country that has paid parental leave, but most low-income working women lack access in this country. And we have inadequate subsidies for child care, which cost about $10,000 a year for an infant, she explains.

She adds, “Should a low-income woman who is facing unwanted or mistimed pregnancy consider taking time away from the labor force to parent a new child and rely on, for instance, welfare benefits? Those benefits are really not sufficient. In most states, [like] Mississippi, the state that's brought this case to the Supreme Court, offers a maximum benefit of $220 a month for a family of three.”