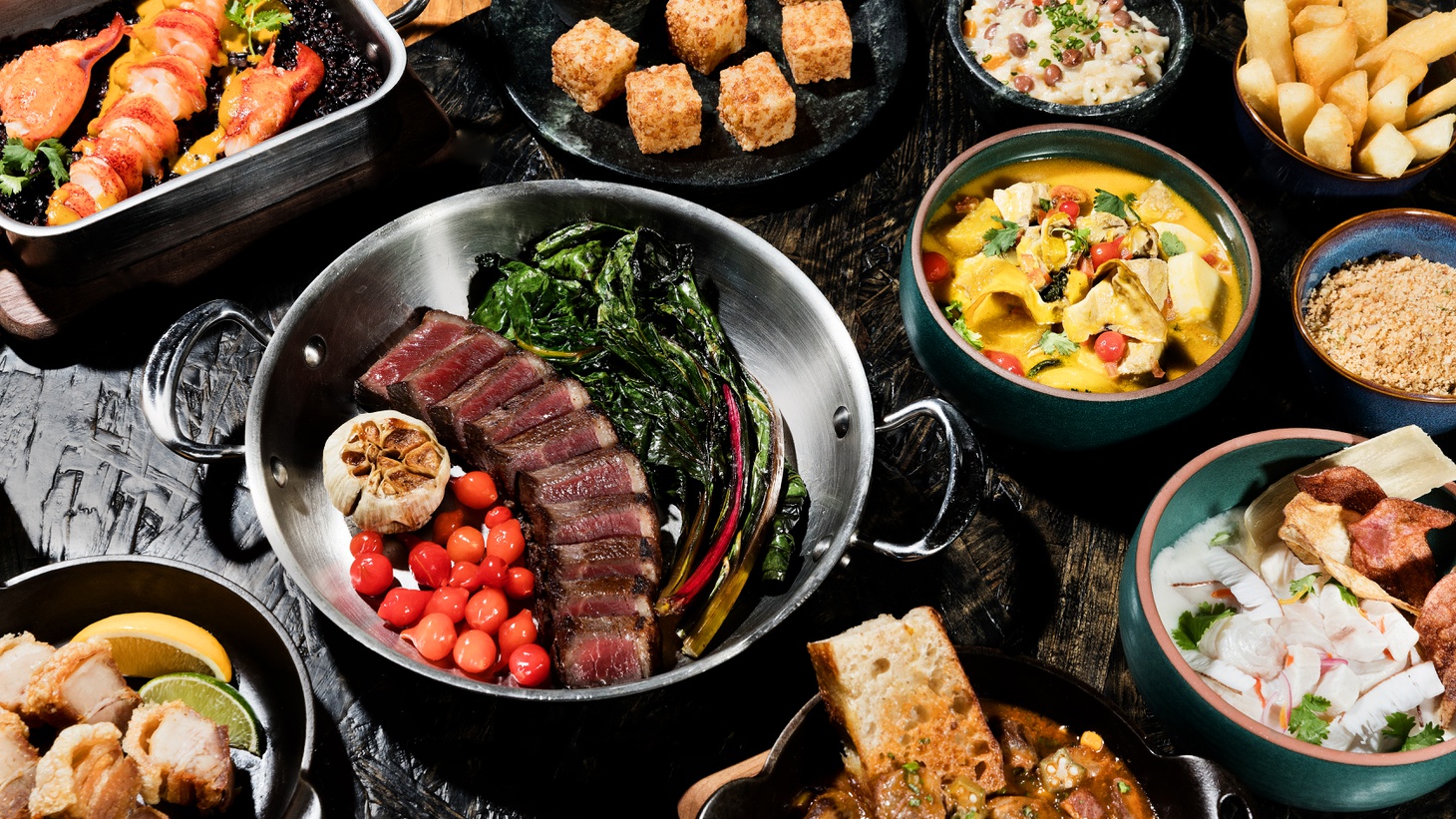 Caboco is a new restaurant in downtown Los Angeles that offers a contemporary take on Brazilian cuisine. Photo by Dylan + Jeni.

There has been so much devastation in the restaurant sector over the past two years that now it feels surreal to see so many establishments opening each month. But here we are with a glut of new dining options. I’ve chosen three as a representation of the variety on offer in the big, beautiful city we call Los Angeles.

We start west in Santa Monica at Cobi’s, where Cobi Marsh and Chef Lance Mueller present a casual Southeast Asian restaurant with a homey, yet sophisticated grandma aesthetic. The menu offers beef rendang, a coconut dal curry made with yellow split peas, and butter chicken with nasi goreng and papaya salad. For those who eat spice for sport, there’s a devil’s chicken curry. The wine list’s tagline is “Less judgy, more chuggy.” The sign at Cobi’s honors Dhaba, the previous restaurant that managed to last 50 years, 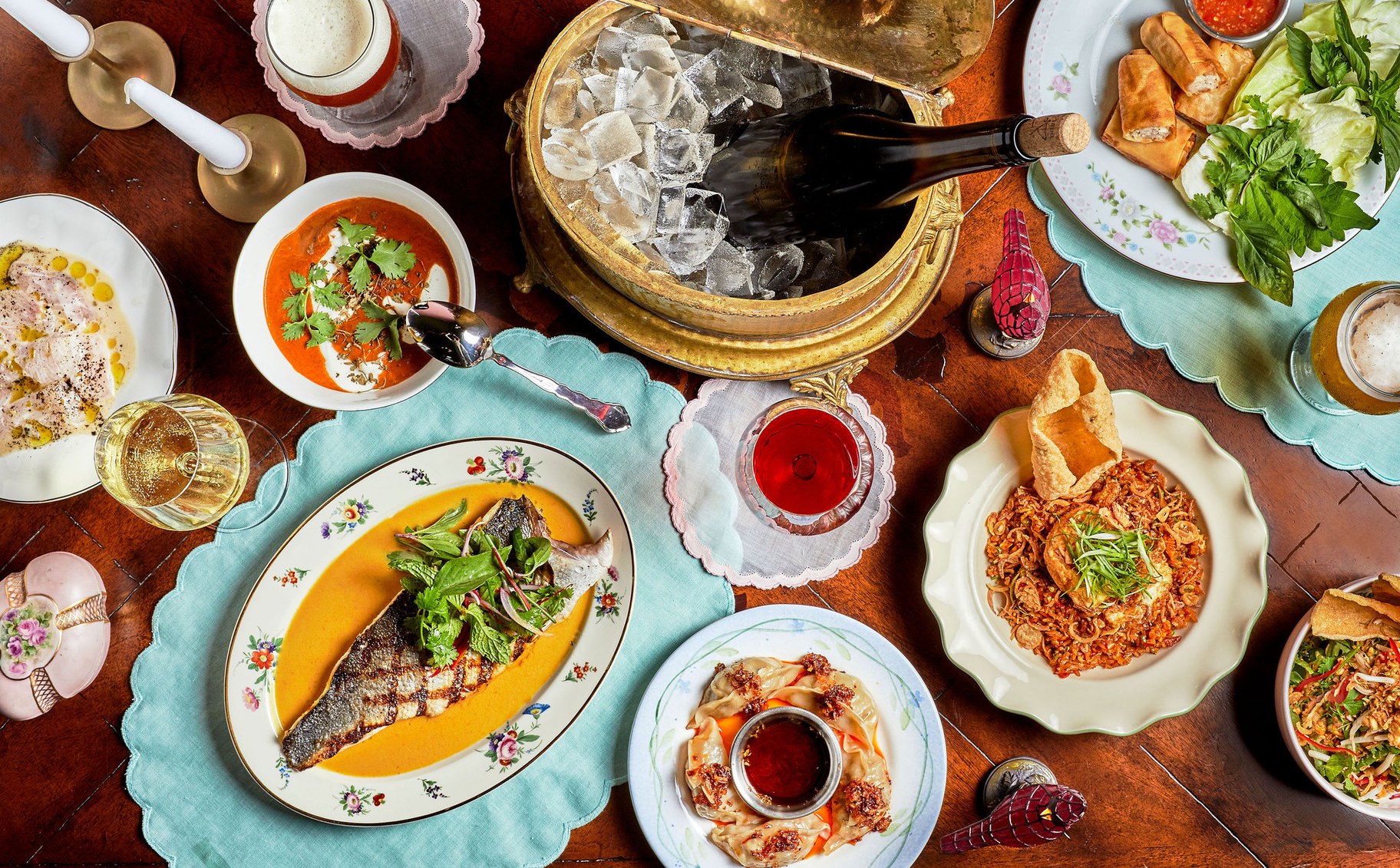 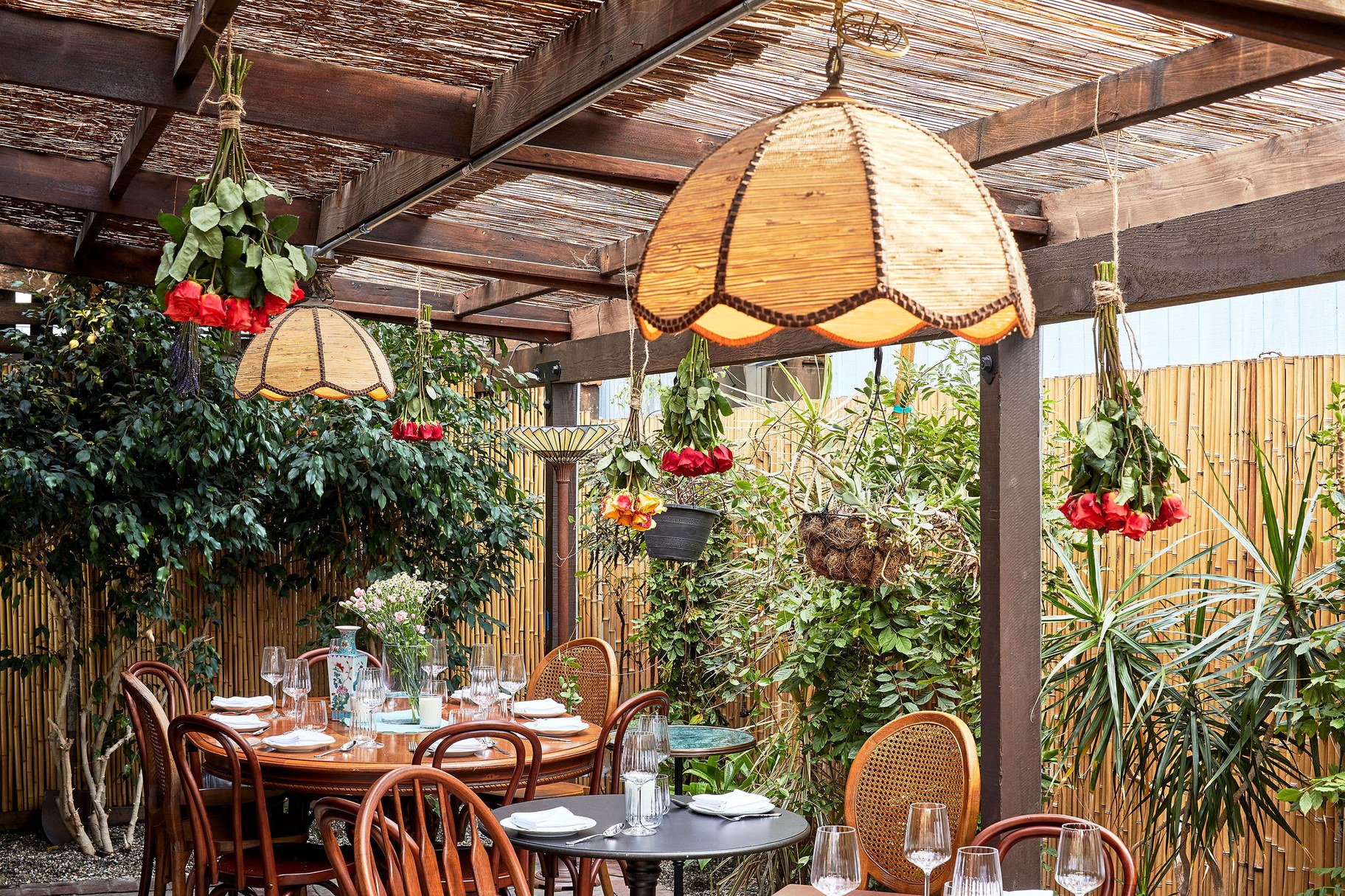 Bar Moruno is back in a new spot at Sunset Junction. We can once again have a little something to drink from wine and spirit lists put together by well-known sommelier David Rosoff, and a little or a lot to eat from Chef Chris Feldmeier. 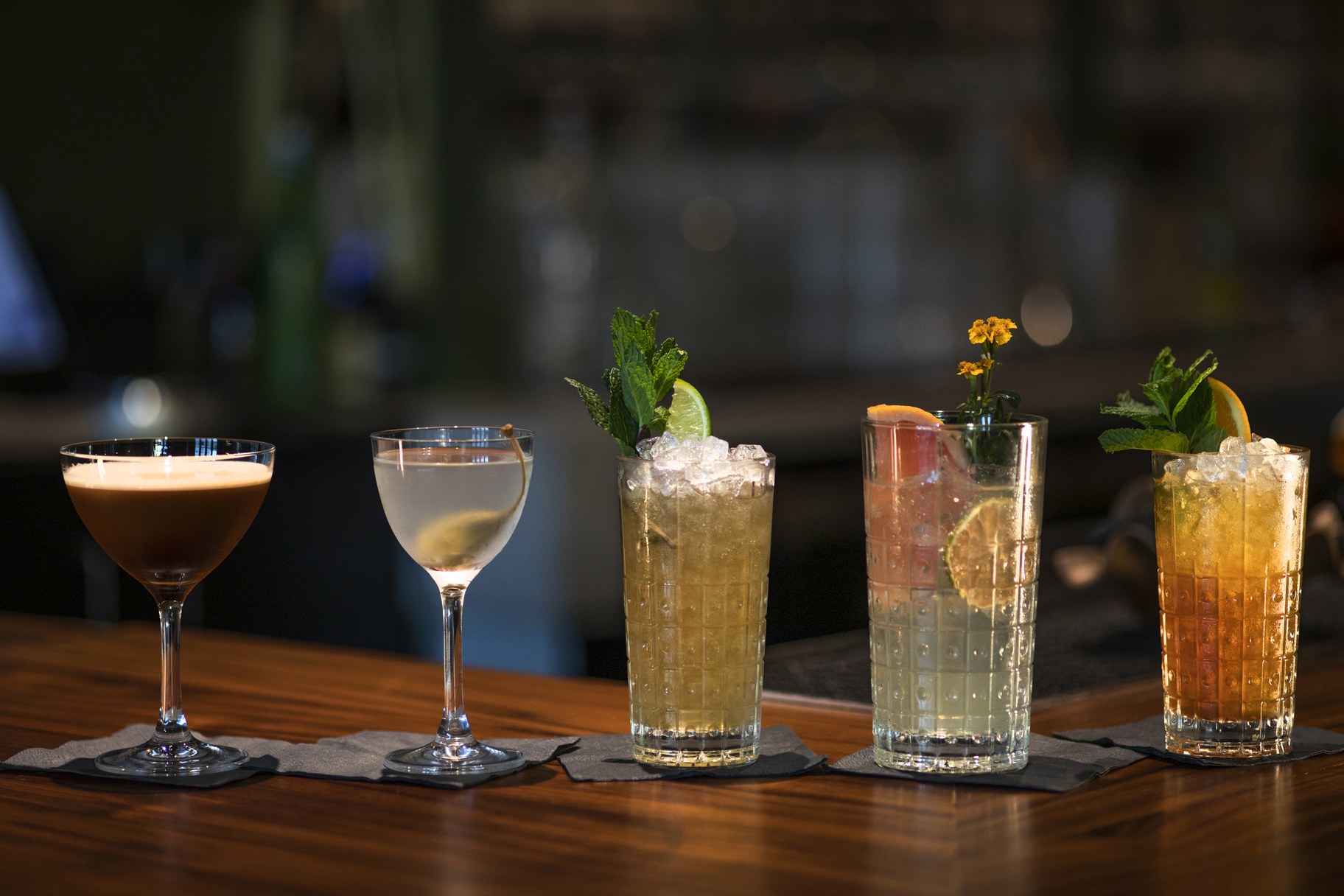 The menu tips its hat to tapas and pintxos, like tortilla Española and gildas, the umami festival on a toothpick. Currently on the menu is the white anchovy, guindilla pepper, olive, and cured egg yolk. There is a selection of tinned fishes from Minerva, the venerable conserva specialist from Portugal. There are also larger format dishes like oven roasted mussels, and an impressive ribeye, but I could make a meal from the vegetable section alone. Some dishes are the traditional Spanish spinach and chickpeas, mejadra, which is a rice and lentil dish topped with fried onions, and the radicchio-wrapped sweet potato, charred carrot, and Anaheim chili, skewers called morunos. 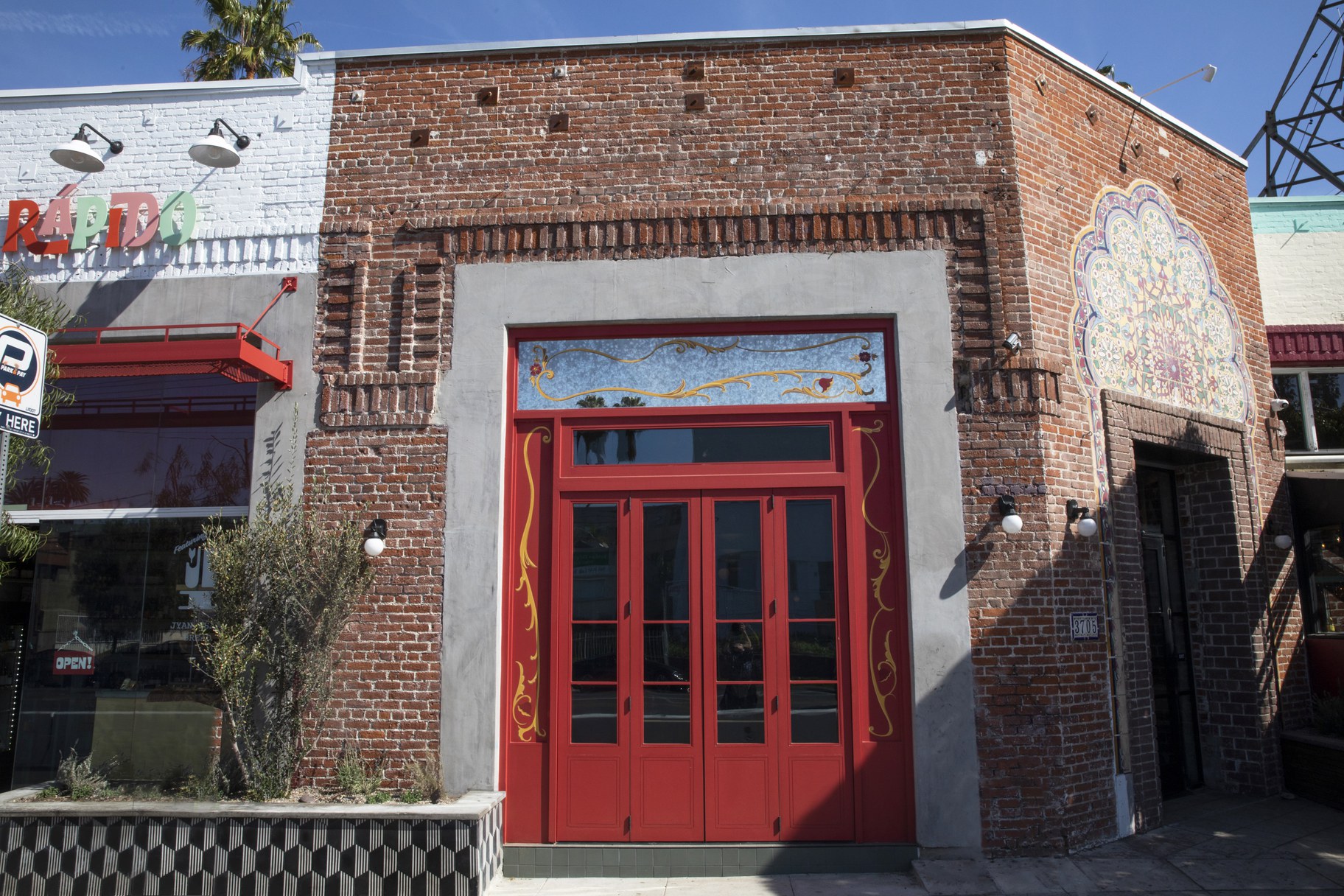 In Silver Lake, Bar Moruno is known for their Spanish-inspired bites and cocktails, and an accompanying Spanish grocery rapido. Photo by Anne Fishbein.

Caboco is the brainchild of restaurateur Bill Chait, chef Rodrigo Oliveira, and chef-partner Victor Vasconcellos. The chefs came to LA especially to open this restaurant, the first time outside Brazil where they collaborated on São Paulo’s Mocotó. Oliveira’s restaurant Balaio IMS is on Latin America’s top 50 restaurant list. Don’t expect a churrascaria, the meat-centric parade of skewers, but rather a contemporary look at Brazilian ingredients like the moqueca made with cashew fruit instead of seafood. Go for the Sunday feijoada, the epic black bean-based meal. 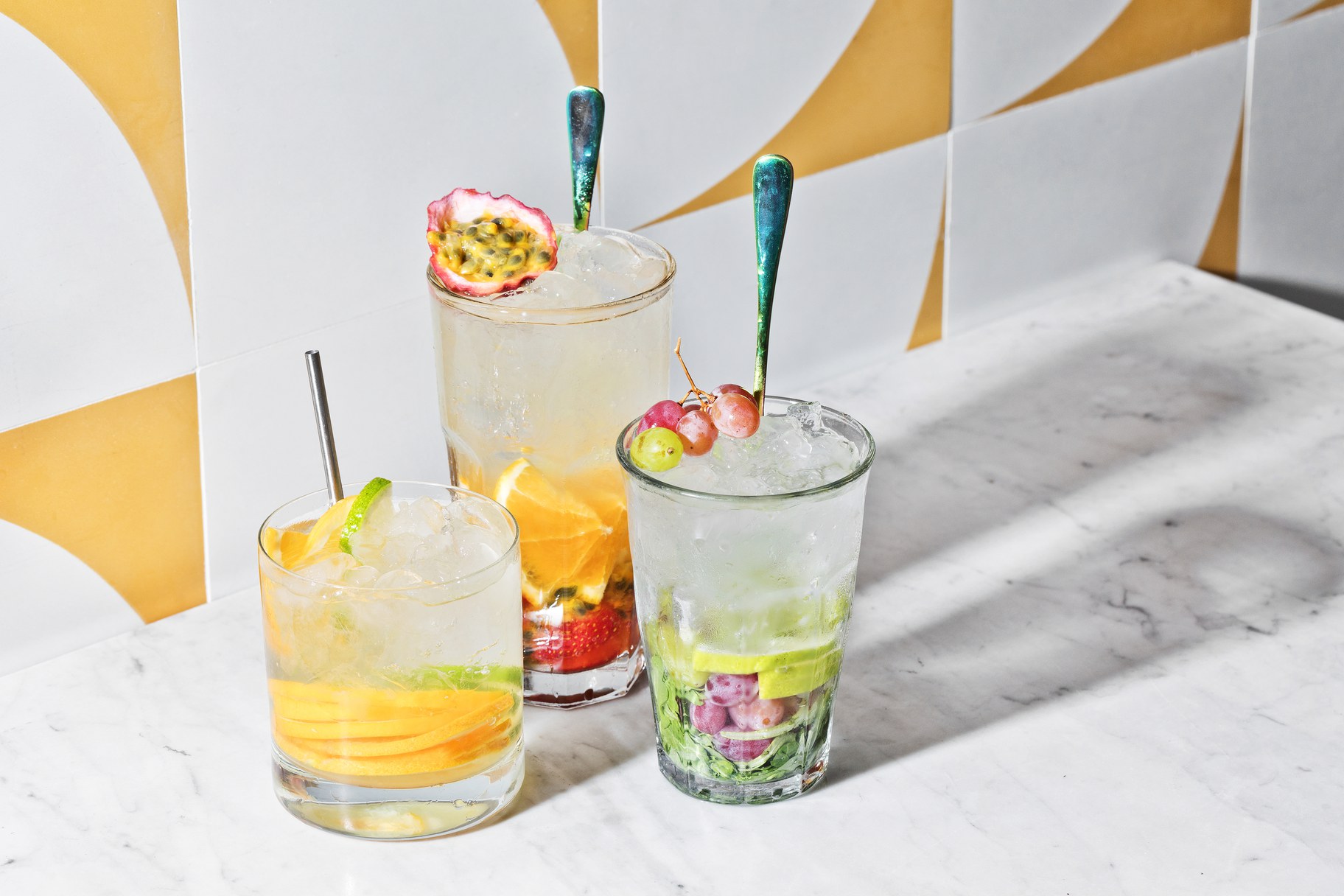 Try a trio of caipairinhas at the new LA Brazilian restaurant Caboco. Photo by Dylan + Jeni.