Written by Amy Ta, produced by Angie Perrin May. 03, 2022 Entertainment 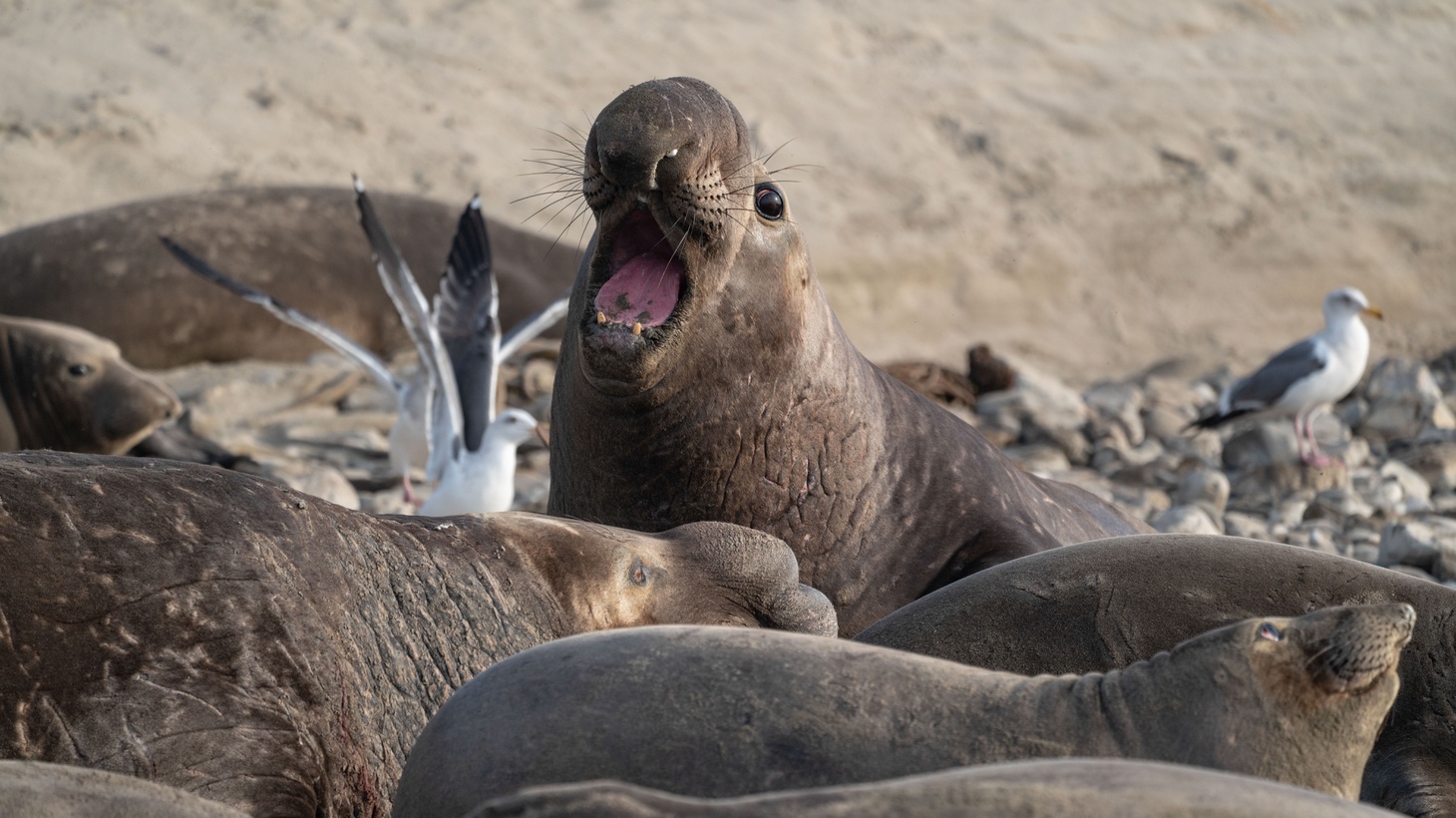 With the richness of marine life, Monterey is home to “one of the greatest spectacles in all the oceans,” says James Honeyborne. Credit: Netflix.

Countless American travelers headed to national parks after COVID restrictions eased, from Acadia in Maine to Zion in Utah. The parks system was created 150 years ago to protect animals and conserve land. It’s now the focus of Netflix’s documentary series, “Our Great National Parks.”

Narrated by Barack Obama, camera crews shooting over five continents and 10 countries capture intimate footage of the elusive Super Tusker elephants of Africa, a baby orca hunting off Monterey Bay, a newly discovered species of worm in Indonesia, and more. They explore what these protected animals mean to mankind.

Obama has preserved more wilderness than any other U.S. president in history, according to executive producer James Honeyborne. “I think it gives … a very real authenticity and authority for him to tell this story. The story really is, of course, our relationship with wilderness and why it's so important today.”

While the idea of national parks originated in America, it spread globally. That’s why the Netflix series looks at parks abroad too.

“It's become the greatest global conservation success story of the past century. … There's over 4,000 parks around the planet, and half of them have been created in just the last 50 years. So it's actually a very contemporary world movement,” he says. “And in a world with so many environmental concerns, to celebrate this good news story is a great thing.”

How did his team chose which parks to concentrate on? They wanted to represent different habitats across both hemispheres, from mountains to rainforests and African savannas. The select parks also had to have a connection to Obama.

This preserve spans a quarter of California's coastline, from San Francisco to Big Sur, and protects more than 6,000 square miles of the Pacific Ocean, as Obama narrates in the series.

“The abyss is very close to shore, and that's quite unusual, and that creates huge upwellings at certain times of year, which means you get very cold, very deep, nutrient-rich water flowing up to the surface as it's forced against the walls of the canyon that comes up to the top. And that creates the richness of the marine life.”

Thus, large animals like whales, sea lions, and orcas converge into Monterey in the summer, he explains. “And this whole food chain has become super abundant — massive shoals of sardines and anchovies, and all life feeding on it. So it becomes really one of the greatest spectacles in all the oceans.” 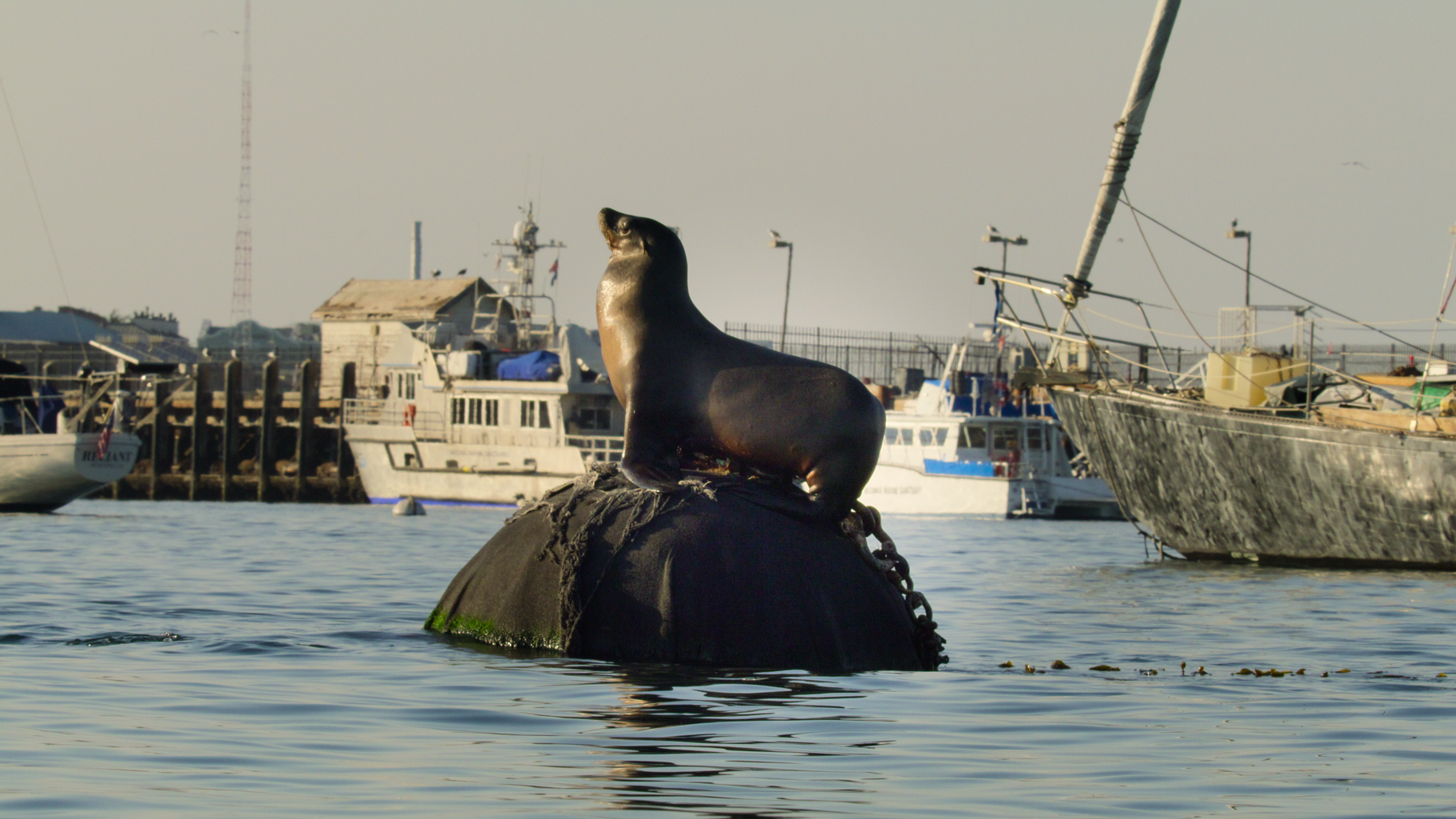 Monterey is rich with marine life such as sea lions, particularly in the summer when large animals converge there, says James Honeyborne. Credit: Netflix.

However, in the 1930s-1940s, huge canning and fishing industries operated around Monterey Bay, which killed lots of wildlife, from sardines to whales, and the ecosystem there collapsed, Honeyborne explains.

“But it's incredible how when you give nature a chance, it can bounce back. And that's what we've seen since. And actually, the National Marine Sanctuary has only been in place for 30 years. But you can see evidence of nature coming back in huge numbers.”

He points out that this ecosystem — situated along the most populous state in America — is evidence of coexistence between humans and animals. “It's also amazing that you can see the spectacle from shore. You can just look out at the sea and see these great creatures, sometimes up close.”

Still, climate change, the biodiversity crisis, and pollution remain threats. “We can't escape those things. … But it's definitely improving. And it goes to show what can be done when we take positive action.”

In the first episode, lemurs in Tsingy de Bemaraha National Park in Madagascar jump across incredibly pointy, jagged rocks to find food. One of them even has a baby on her back.

“It's this very heavily eroded limestone that creates these pinnacles of rock that can be as high as a three or four-story building. … They're precipitous, they're really sharp-edged,” Honeyborne describes.

Crossing the limestone is dangerous, and mothers can’t hold onto their babies when doing so, since they need their arms and legs to catch and cling onto the rocks, so the babies must be strong enough to hold onto their moms, he notes.

“It was a landscape straight out of Star Wars, and a really engaging family that we found making that crossing.”