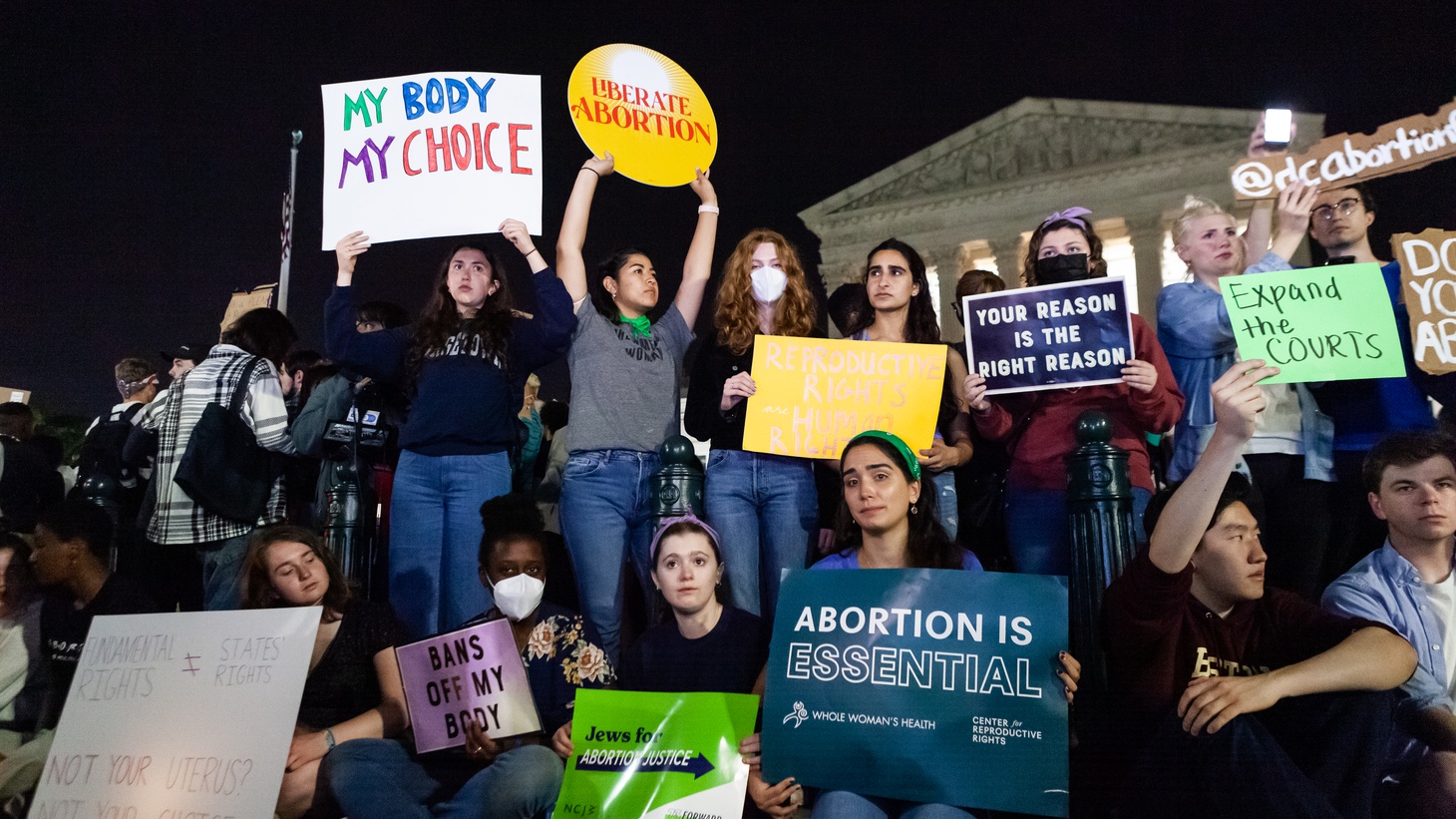 People on both sides of the abortion debate demonstrated outside the Supreme Court late Monday night and this morning, following the leak of a draft opinion overturning Roe v. Wade. The draft opinion was circulated in February, so it could have already changed, or could change when the term ends in June. But if it doesn’t, this will undo 50 years of precedent and protections for pregnant people.

Immediately following the high court’s final ruling in summer, about half of U.S. states are expected to ban abortions or severely restrict it. And according to Loyola Law School professor Jessica Levinson, some states could try to prohibit women from traveling to a neighboring state to obtain the procedure.

She says she was shocked to hear about a leak, given the Supreme Court’s private nature.

“You just absolutely cannot overstate what an earthquake this is for the court. It is such a betrayal of their norms. And it is so shattering to them. I think that's why you see Chief Justice [John Roberts] saying the marshals [of the U.S. Supreme Court] are going to investigate.”

Levinson notes that while the draft has no political effect, it raises questions over who leaked the document and their intention.

“Somebody could be either trying to change the minds of those in the majority and say, ‘Try and find a middle ground. Try and work with Chief Justice John Roberts,’ who frankly, I think wanted a narrower decision. Or it could be that somebody leaked it to say, ‘Don't change your mind. We'd know how you voted before. And if you change your mind, then you just bowed to political pressure.’”