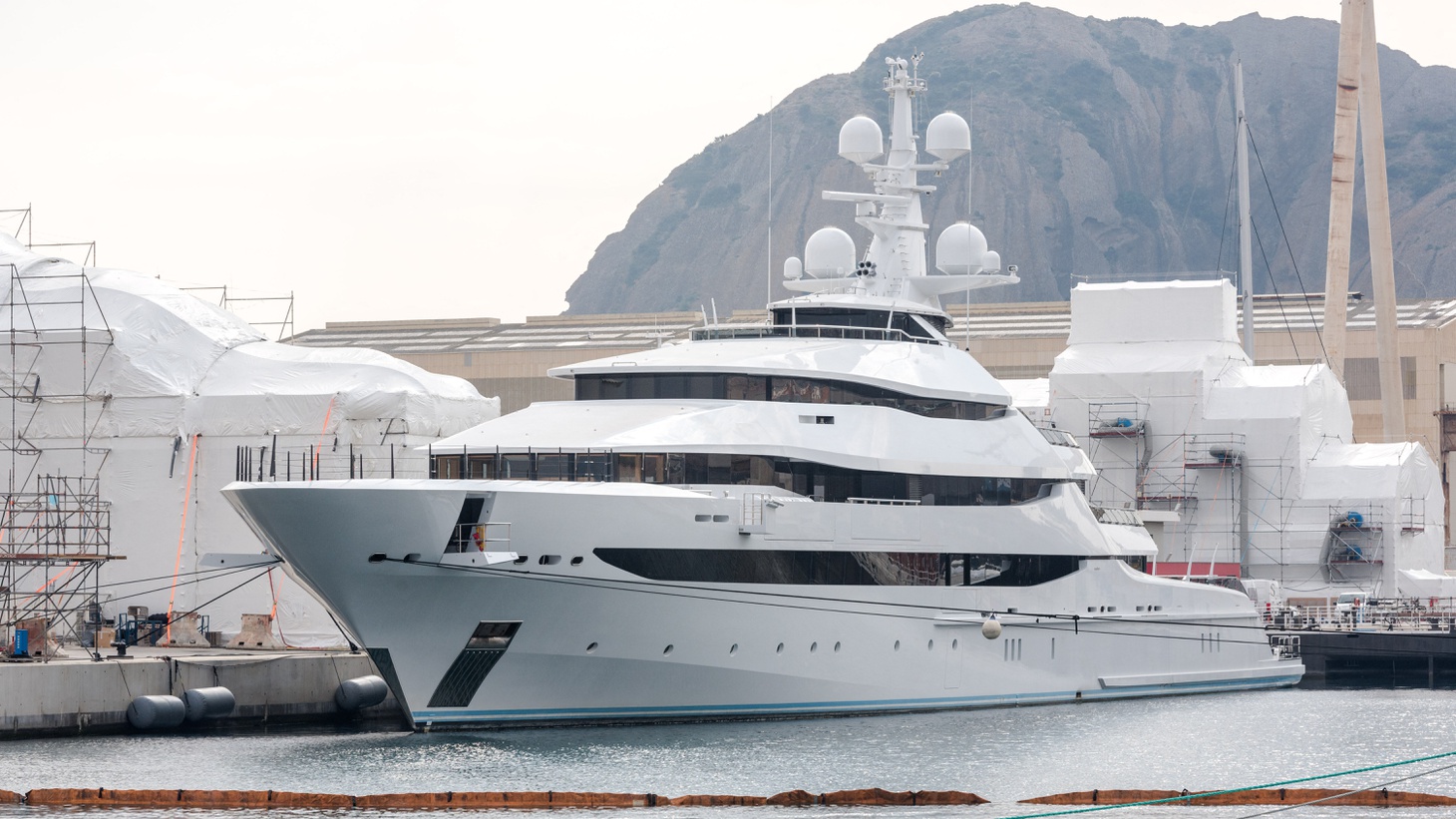 France has proceeded, under the implementation of European sanctions against Russia, to the seizure of a yacht linked to the Russian oligarch Igor Sechin, boss of the oil giant Rosneft. The almost 86-meter luxury yacht was in a shipyard in La Ciotat, in the south of France, March 4, 2022. Photo by Florian Escoffier/ABACAPRESS.COM.

Russia is famous for its oligarchy — an elite cabal of billionaires in league with Vladimir Putin who squirrel away their money through luxury superyachts and expensive real estate in major Western cities. So could U.S. and European sanctions bring these oligarchs to heel, and how could that affect Putin?

The oligarchs’ funds are often stashed in tax havens, such as London and Monaco, and the West’s economic sanctions are actively trying to reveal that privacy, says Brooke Harrington, Dartmouth sociology professor and author of “Capital without Borders: Wealth Management and the One Percent.”

“You have a series of things called shell companies or trusts, or in some cases, foundations. Those legal entities purchase the property or the yachts, not individuals, because individuals can be fined, individuals can be jailed,” Harrington tells KCRW. “What sanctions have done is cracked open that veil of secrecy or the detachment that those legal structures have offered oligarchs in the past, so that they can be individually punished for their complicity with Putin's regime.”

And although sanctions might not reveal the breadth of Putin’s private fortune, Harrington says it could shed light on what’s out there. She compares current events to insider leaks, such as the release of the Panama and Pandora Papers.

“They've shown enough to see, for example, that Putin's wealth is, in some cases, held by some of these oligarchs whose names we know, like [Oleg] Deripaska or … by Putin's childhood friends, like the cellist Sergei Roldugin, who has hundreds of millions of dollars offshore that don't really make sense for a professional classical musician to have. But they make a lot of sense if you understand that that wealth doesn't really belong to him,” she explains.

Harringtons notes that these sanctions could also prevent oligarchs from flaunting their wealth.

“One of the most important and surprising things I learned in 15 years of studying offshore and the ultra-rich is that one of the things that being very, very rich gives you is the ability or the luxury of being thin-skinned. All of us endure insults and occasional losses of status. But most of us don't have the time or the means to do anything about that. We just have to suck it up and move on,” she says. “Sanctions remove the tools that Russian oligarchs have to do that, and in fact, stigmatize them. Sure, they could take their assets … to some other tax havens. There are lots of tax havens in the world … but it's like a declasse tax haven.”

So far, sanctions have been enough to make some Russian oligarchs speak out against the conflict in Ukraine.

“We saw this extraordinary spectacle of Russian oligarchs who had previously toed the line with Putin, publicly making statements that basically said, ‘This war in Ukraine is deeply regrettable and I wish it weren't happening,’ which sounds really mild and anodyne. But to come out publicly against something that the mob boss of a mafia state has done is a massive risk, particularly because Putin is notorious for [severely] punishing oligarchs who get out of line.”

Harrington references Mikhail Khodorkovsky, who in the early 2000s was the richest man in Russia and the chairman of Yukos Oil.

“He started talking about Putin's corruption. So Putin made an example of him — imprisoned Khodorkovsky and stripped him of his $50 billion personal fortune. And that wasn't just to shut down one guy, but to send a message to all the other oligarchs who might be getting ideas about running their mouths. Putin was telling them, ‘I don't care what your opinions are. I care about you making a united front with me.’”

She adds that although swaying oligarchs might not be enough to foment a coup, sanctions could help peel away Putin’s staunchest supporters.

“Maybe that's supposed to be a signal to the Russian people as a group, potentially to the Russian military to say, ‘Even though Putin has got many of you convinced that he's invincible, he's really not as strong as he seems. Look, we've created a wedge between him and his inner circle. He's not untouchable.’”