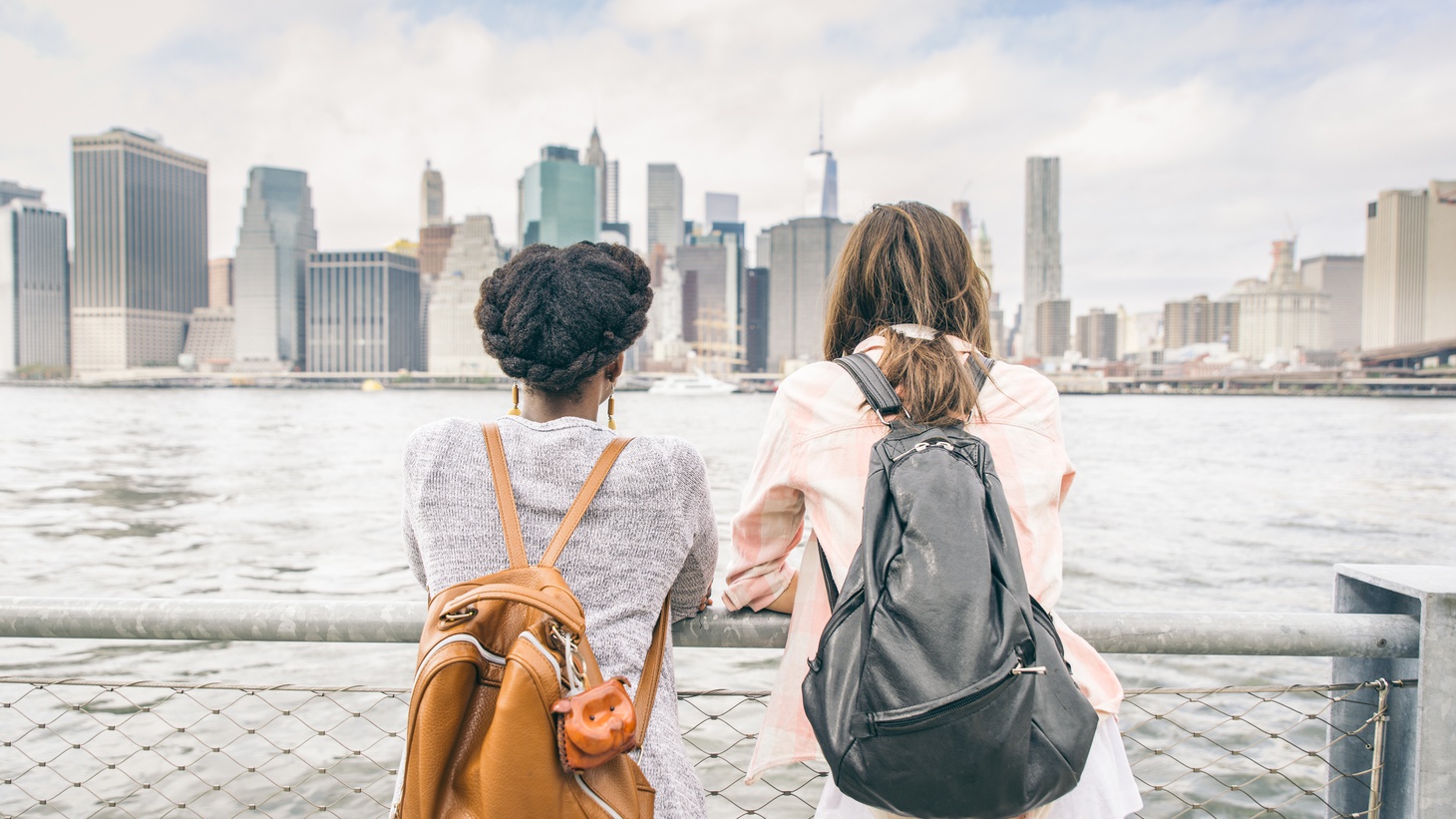 “When you're in the middle of your life … friendship is fourth place, it's not even the bronze medalist in this equation. It’s what you assign the lowest value to, which is terrible. I think that we would do well to reconsider and reassign a higher value to them,” says Jennifer Senior. Photo by Shutterstock.

Age 25 is when people usually have the most friends during their lifetimes, and social circles tend to dramatically shrink after our mid 20s due to careers, marriage, kids, and other big life changes, according to research. Less time is available to devote to voluntary relationships, let alone build new ones.

The problem is we actually need our friends more when we get older, says Atlantic staff writer Jennifer Senior. Because when careers fizzle, kids get older, and marriages end, our friends are left (if they’re still there). Senior says the pandemic — and the hours of isolation that came with it — forced her into a “friendship reckoning.” Her new article in the Atlantic is called “It’s Your Friends Who Break Your Heart.”

Senior realized she was in the midst of a friendship reckoning when her son became a teenager, sealing himself off in his room and showing indifference to her company.

“This is when midlife really begins to hit for some people. You can see your career, where it's going to crest or it's already crested. I don't think I have many pivots left in me,” Senior tells Press Play. “I know what the rest of my career should look like. My marriage is lovely, but that's one person. I've got him and that's good. My kid is gonna fly the coop and who's left? … Your friends.”

Still, Senior says it’s healthy to examine who is in your circle and what value they bring to your life and well-being.

“One of the most interesting things that I learned from this piece … is that the friends [with] whom you harbor tremendous ambivalence have bad health consequences. Your blood pressure goes up when you're around them in a way that it doesn't go up when you are around people that you unambiguously can't stand, which is fascinating to me. That ambivalence really is corrosive and toxic.”

Senior points out that society values friendships differently than other relationships, which makes it difficult to have honest conversations about how important friends are.

“We have no developed rituals or laws or rights around friendship. … When you're in the middle of your life … friendship is fourth place, it's not even the bronze medalist in this equation. It’s what you assign the lowest value to, which is terrible. I think that we would do well to reconsider and reassign a higher value to them.”

A difference in values can also shift friendship dynamics between two people. Senior uses the example of a friend who dropped everything to focus on her child. In contrast, Senior had her son around the same time, but decided to return to work and stayed connected with her single friends.

“We were never gonna see eye to eye, and she just seemed to totally disapprove of my sensibility. And there was nothing I could do about that. I could have lived with her privileging this feeling. … I couldn't live with the feeling of chronic disapproval. It was too much.”

In a solid friendship, Senior says a companion should make you feel seen. “If you come away feeling worse about yourself after having seen a friend, you have to think hard about whether or not you want that person around.”

It’s also beneficial to do your own inventory and figure out what makes you a good friend, as well as where you can improve.

“I'm a good friend in that I don't judge. I'm super not judgmental. I'm very expressive. I'm very warm, very loyal. I spend money on my friends. I tell them that they are beautiful and that they are brilliant. I'm very empathetic,” Senior says.

However, she admits, “I am terrible about reaching out. Friends will point out that they are really sick of being the ones to reach out and ask me to go to dinner, and why are they always doing the emailing. And that's very fair.”