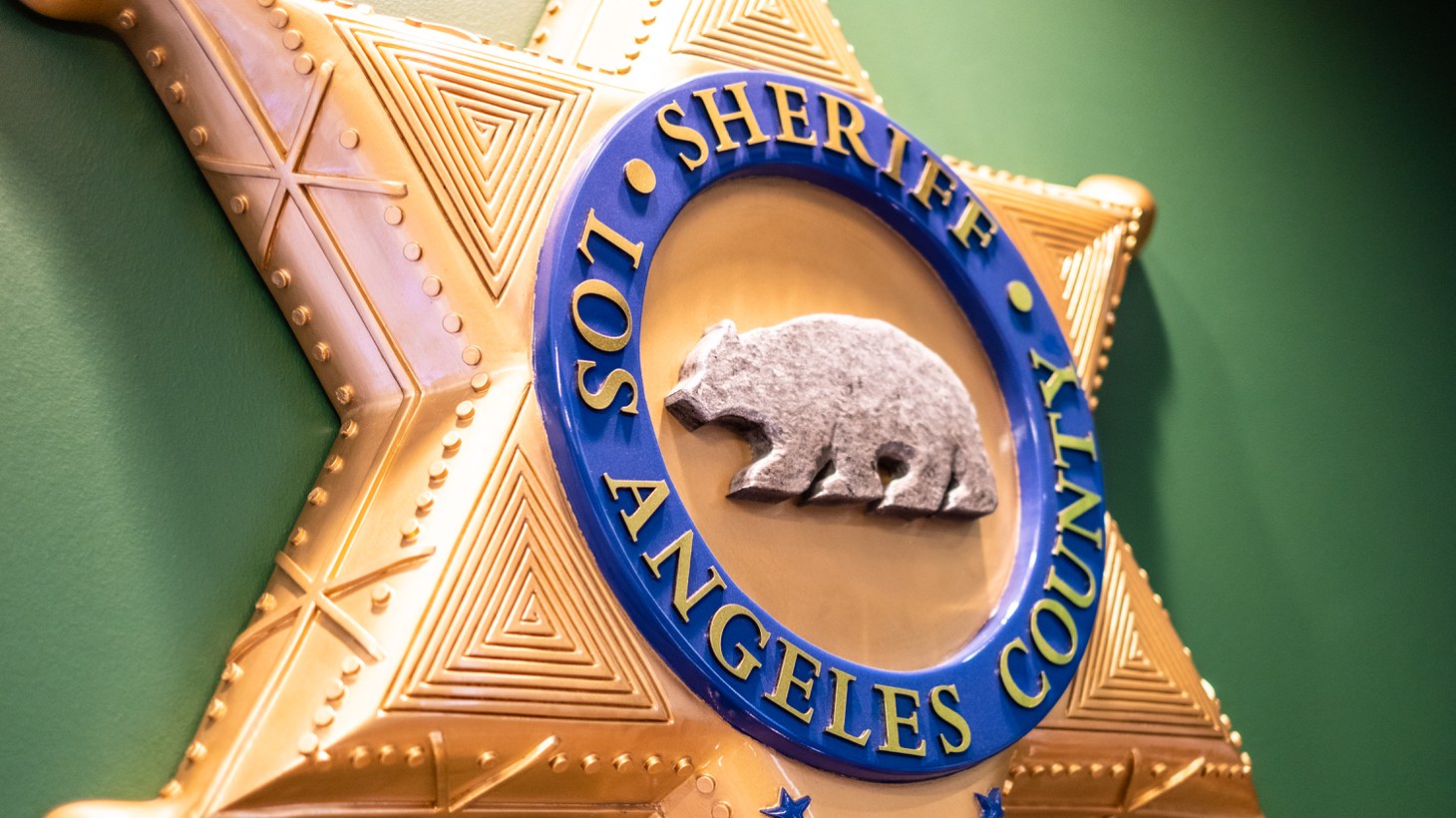 Within the LA County Sheriff’s Department, more than 40 deputies are members of gang-like cliques, according to Inspector General Max Huntsman. Photo by Amy Ta/KCRW

More than 40 LA County sheriff’s deputies are members of gang-like cliques within the department, according to LA County Inspector General Max Huntsman. He said so in a letter he sent to Sheriff Alex Villanueva on Tuesday. Huntsman didn’t name names, but he says he compiled this list of deputies from the Sheriff Department’s own investigations. He says the deputies belong to two groups operating out of two stations – the Bandidos in East LA and the Executioners in Compton.

“The Bandidos engaged in a beatdown of other deputies. … The Executioners … have a Nazi helmet as part of their tattoo. It's hard to believe that such a group would not be perceived as discriminating based on race. And it appears that both those groups do not contain any significant number, possibly zero African Americans or women. And that's a problem under the California law, under federal law as well,” Huntsman tells Press Play.

He says his department must collect evidence to show the state, so the state can determine whether to certify or de-certify police officers.

He adds, “Even if the sheriff’s story about how they're just cute high school high jinks of hazing gone wrong, he likes to call it, they would be destroying the credibility of that department.”

Reports show that these “deputy gangs” have existed for decades, so how do you dismantle something so entrenched? Willpower, says Huntsman.

“The Sheriff's Department does not have the will. But that's why the state has passed a law to have an external process. … It's the secrecy of these groups that has caused half of the damage they've caused. So we're gonna identify people, we're going to make sure the Sheriff's Department complies with its constitutional obligations. … When we're done with that, we've shone a light upon the gangs, I'm hoping that they will fade away. But I can't tell you in advance whether or not we'll be successful.”