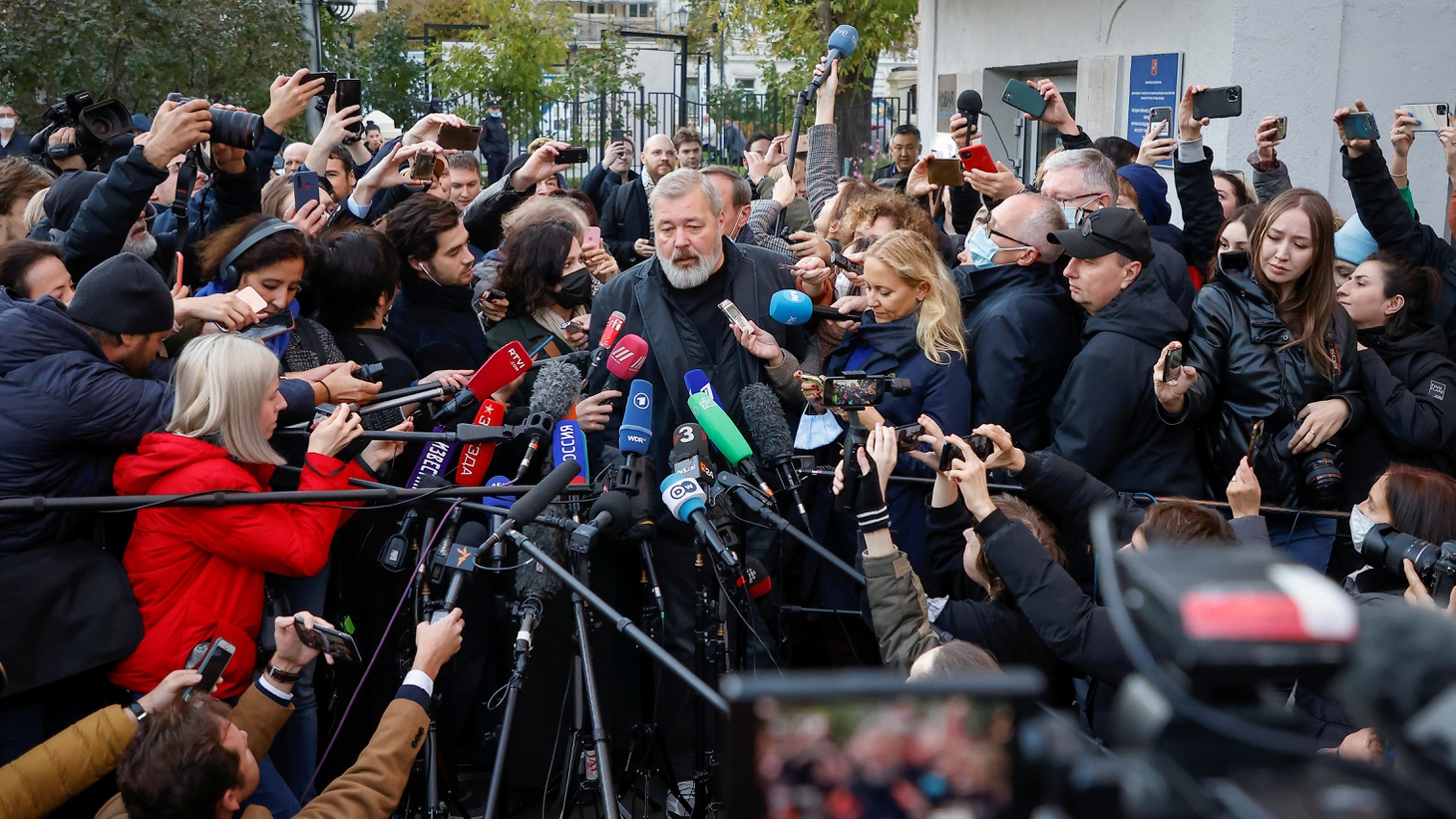 Russian journalist Dmitry Muratov is auctioning off his Nobel Peace Prize, and donating the proceeds to Ukrainian refugees. He’s the editor of Novaya Gazeta, Russia’s last independent newspaper. In the wake of the invasion of Ukraine, many of Russia's independent media outlets have shut down, and at least 150 journalists have fled. That’s because the Kremlin now criminalizes the publication of what it calls ‘“fake news” with up to 15 years in prison. But Muratov is still in Moscow, publishing three papers a week.

“What they have done is they essentially report the stories as they would, and then an editor inside the paper will line out what they think might run afoul of the law. And then they are transparent with their readers about what has been cut out and what was in the place of what has been cut out,” Sonne explains. “He's found a way of really getting through what's happening in Ukraine. And during the war, they have correspondents in the conflict zone, while still abiding by these rules.”

Sonne says the newspaper has significant reach in Russia, with print circulation of nearly 130,000 units and 30 million unique visitors to its website monthly. Outside of state-sponsored programming, Sonne says Russians are also turning to YouTube and Telegram for information.

He notes that a shutdown of Novaya Gazeta isn’t outside of the realm of possibility.

“We've seen Russia, not only in the last two to three years, but since the war started, currying towards a much more authoritarian, totalitarian society, where people are being arrested for walking outside and holding up posters that don't even say anything on them,” Sonne explains. “I don't think anyone at this point thinks that [Vladimir] Putin would think twice about shutting them down. But they are one of the oldest — if not the oldest — opposition newspapers in Russia. So they're the first standing and the last standing.”

As a result, the Novaya Gazeta staff is taking precautions.

He adds, “Some [journalists] have gone abroad. … But you obviously lose a lot by that because fundamentally, it's important to be able to go to events in Russia and speak to people in Russia. At some point, if you're operating from outside Russia, you start to lose touch with the stories and the people.”