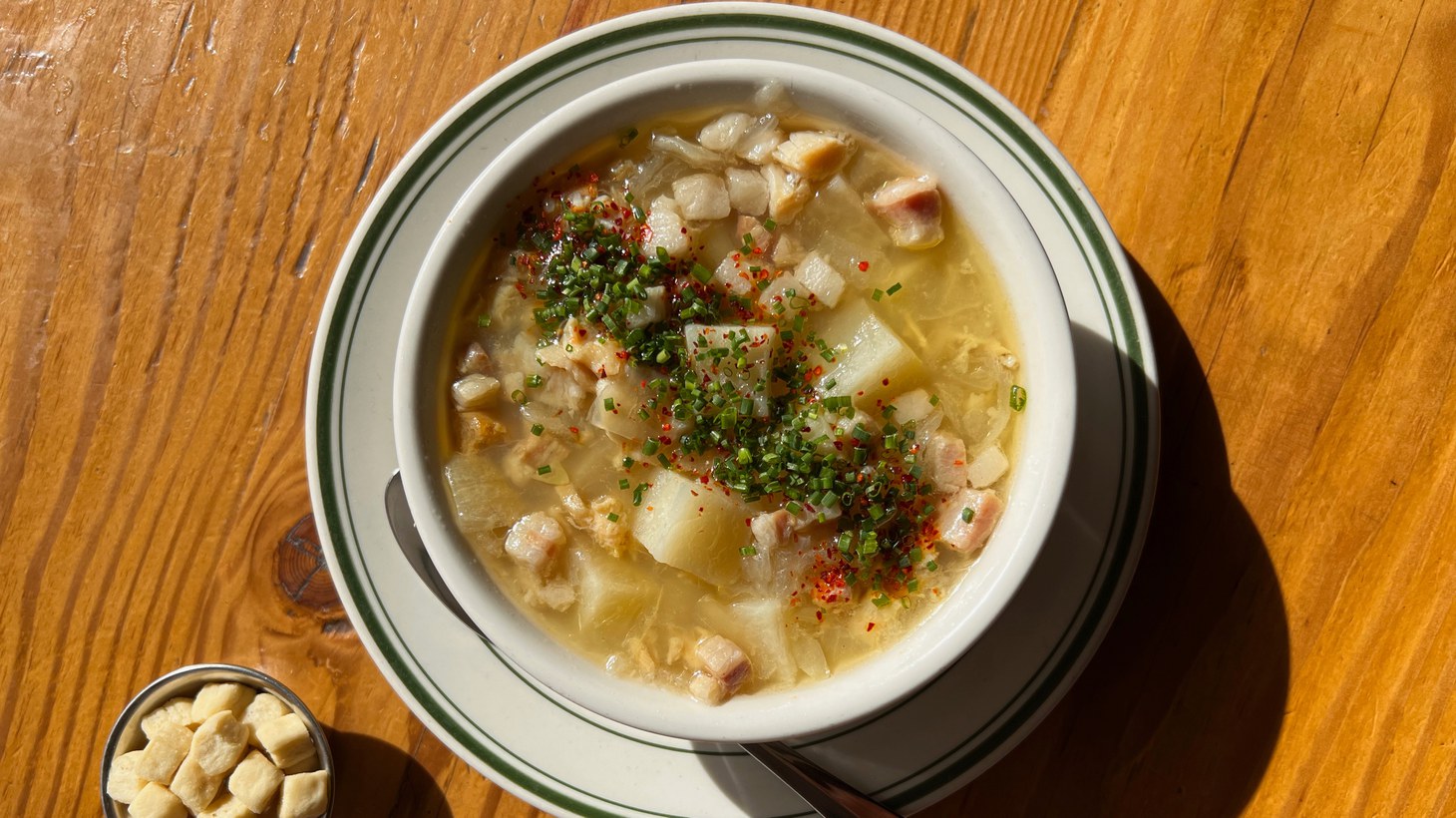 Rhode Island clear chowder is the lightest to eat and simplest to make of all the chowders. Photo by Crisi Echeverri.

Nights are crisp for the next few weeks, so we need something to eat on repeat that’s warming and filling, but not heavy and is relatively easy to make. How about a bowl of chowder? And not just any chowder, but Rhode Island clear. It’s the chowder that is the purest of the form, the type a fisherman might make on the boat. Not tinted with tomato sauce or made richer with cream, Rhode Island clear clam chowder is made of clams and their broth, salt pork, chopped onion, and potatoes. Here is another recipe from Serious Eats.

We have a chowder master here in Los Angeles: Chef Michael Cimarusti of Providence, the two-star Michelin restaurant on Melrose Avenue, as well as Connie and Ted’s, the ode to his time spent in Rhode Island with his grandparents. Luckily there is a master class online of Chef Cimarusti making the triad of chowders: Rhode Island clear, cream-enriched New England, and the tomato-tinted Manhattan. 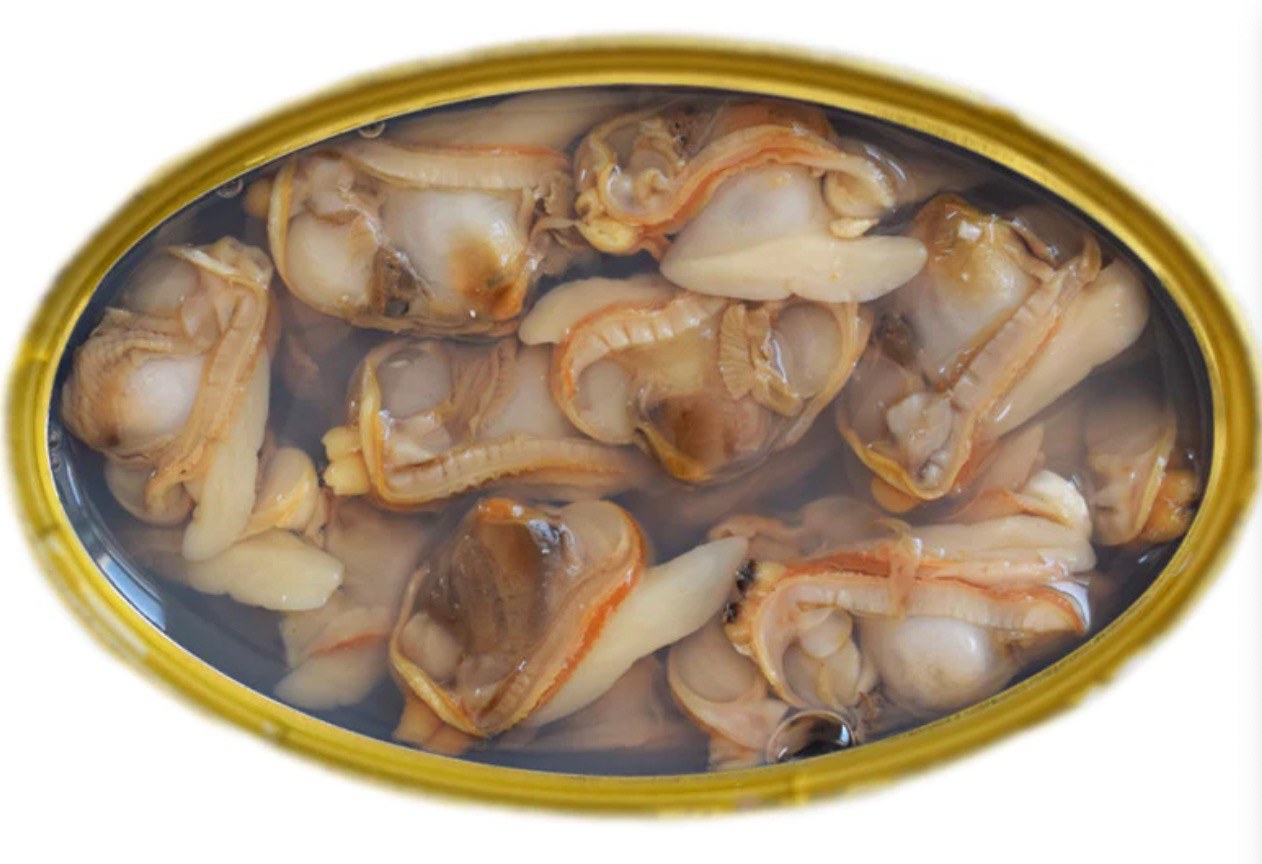 High-quality tinned clams from Spain are imported by Donostia. Photo courtesy of Donostia.

One of the most interesting aspects of the Rhode Island clear chowder making process is “the cure” – the act of letting it sit for at least two hours but even better overnight so that the ingredients have a chance to meld and intensify. The raw chopped clams are added during the reheat and only take a couple of minutes to cook. Accompany with some great bread and you have dinner. 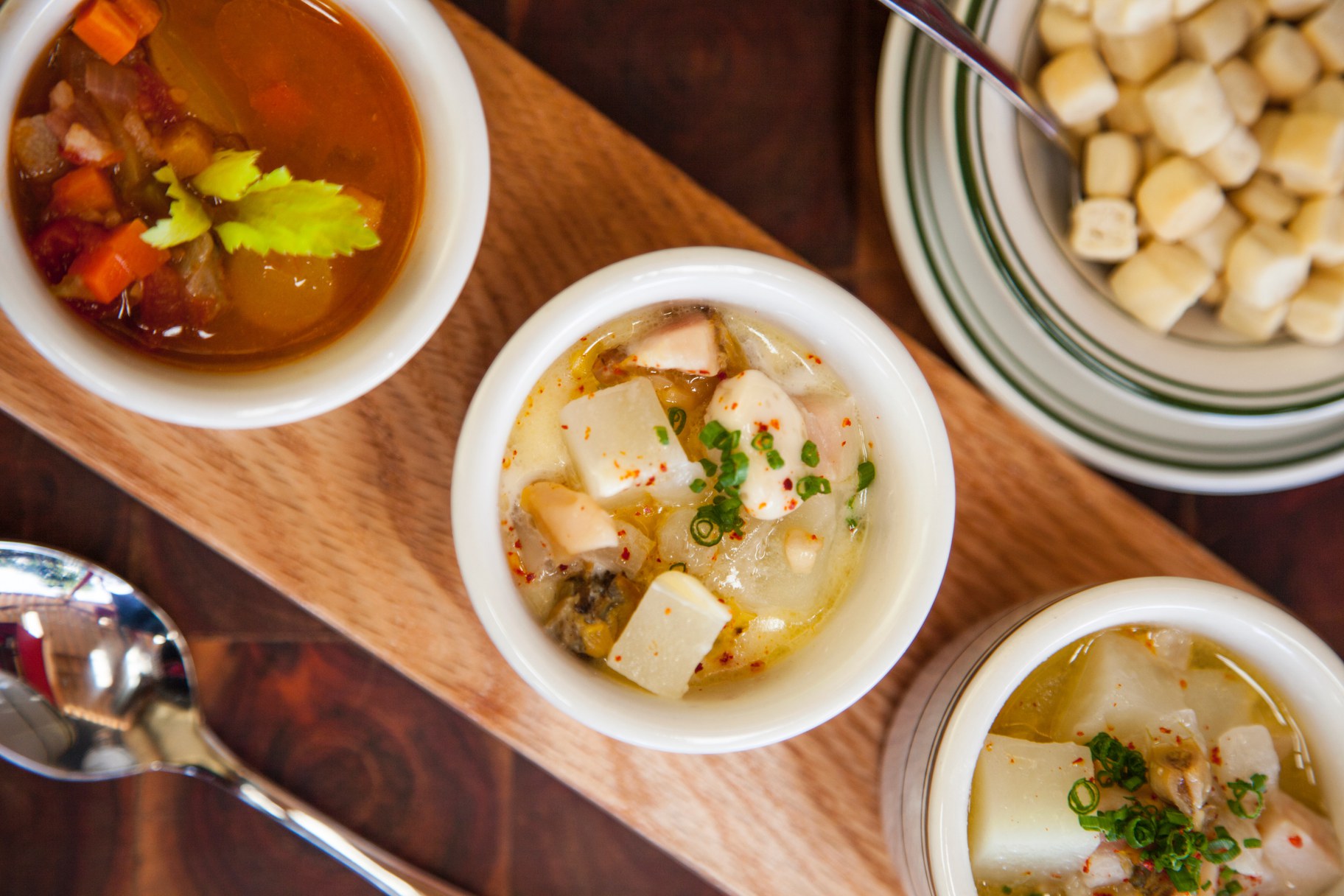 Please don’t tell Chef the following: I’ve cooked a lot of clams in my life, but I’ve made this chowder with canned clams and bottled clam juice or chicken broth, and while it may not come up to the flavor of using fresh clams, for a last-minute dinner, (except for the “cure”) it’s fine. I love the tinned clams from Donostia which come from Spain, and I’ve heard good things about the Bar Harbour brand, including their clam juice (broth). I always keep a few cans in the pantry for this soup or a quick clam pasta.

And remember, if you don’t feel like cooking but still want a taste of those chowders, you can always get Rhode Island clear or the trio of all three at Connie and Ted’s.

Salary transparency is required by new CA law. But it comes with a loophole

California companies must include salary ranges in their job postings under a new state law. But some companies appear to have found a loophole.

Scammers are targeting job seekers. Telecommuting made it worse

Nights are crisp now, so we need something to eat on repeat that’s warming and filling, but not heavy nor hard to make. Try Rhode Island clear chowder.